Eastern North Carolina is rural, vastly rural.  Farms, forest, wetlands and old fishing villages make up most of the itinerary of this large portion of North Carolina with some tourist spots and military ranges. Some of the vast wetlands make it seem almost desolate.

We live south east of New Bern and consider ourselves coastal mostly because just outside our window is the Neuse River which is a good half mile wide at this point just before it empties into Core Sound and sea birds are a common sight. But you have to drive another hour and half east to reach land's end. At land's end you can get on a ferry that will take you out across the huge Pamlico Sound to Ocracoke on the Outer Banks.

The last village before the ferry terminal is Atlantic, North Carolina.  Atlantic, unlike all the villages you go through to get here, has a town plan of streets.  There was a settlement here since colonial times. I doubt you will find any colonial remnants here since this village is constantly pounded by hurricanes and ocean storms and is always having to be rebuilt.  The stands of tall loblolly and southern yellow pine are the only local building materials.  Atlantic was a fishing village when fish were more plentiful.  Now only vestiges of the fishing business are left and they are decaying quickly.  There is a modest marina close by for sport fisherman and perhaps, someday Atlantic will develop into a summer vacation destination like Emerald Isle did.

We stopped down at the end of a street where once commercial fishing boats off loaded their catch and I took a few pictures.  There is a charm about Atlantic, quiet and stoic. I feel that that charm will bring us back some day soon. 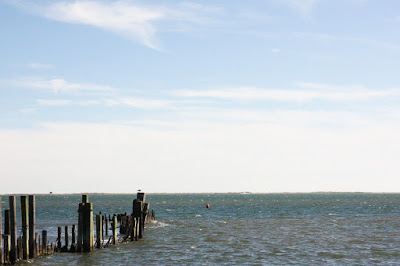 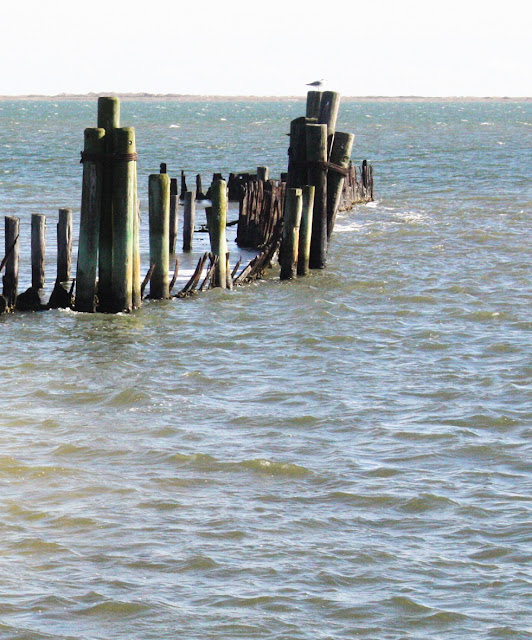 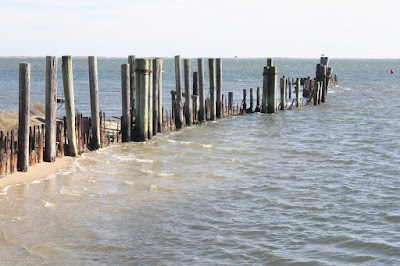 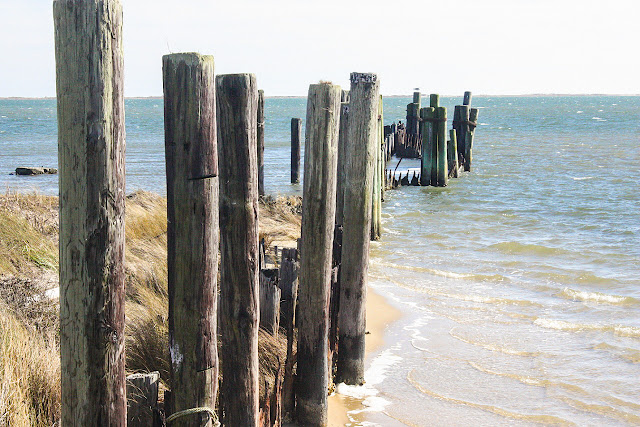 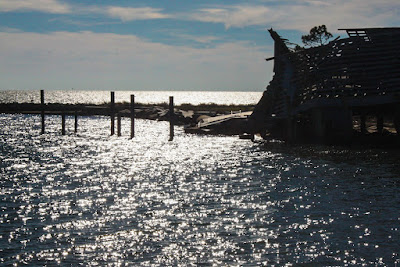 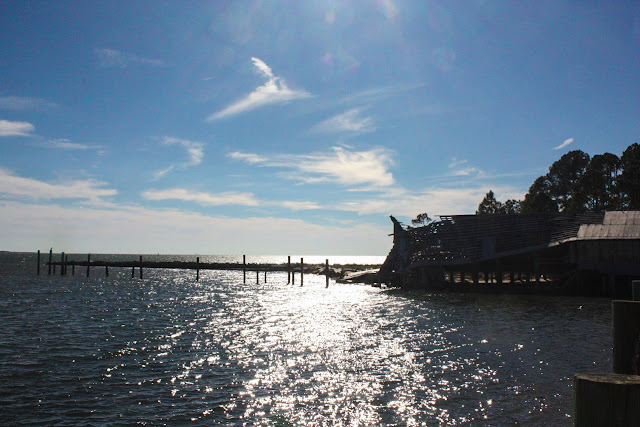 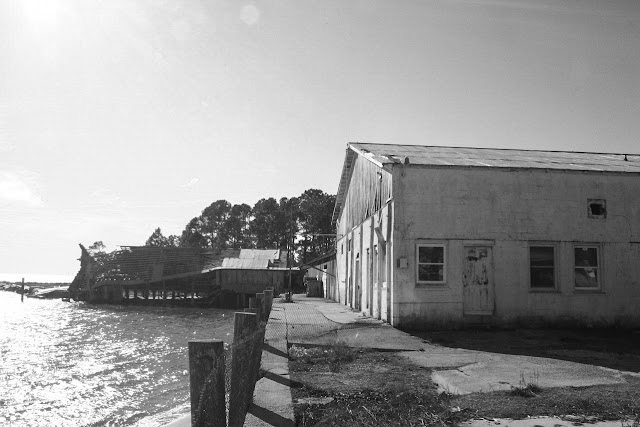 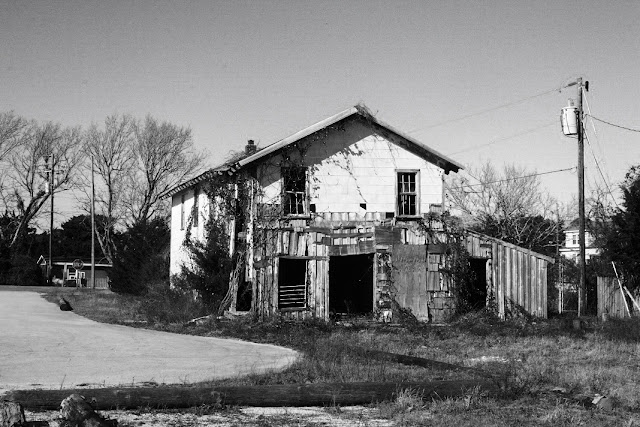 Posted by Phaethtofulltime.com at 7:36 AM