Surviving Hurricane Matthew and other stuff ... 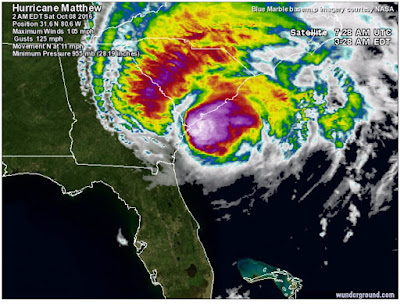 Last week we watched the approach of hurricane Matthew.  The weather experts kept predicting that the storm would move east after glancing Charleston, SC and we would have minimal effects.  On that in formation we decided not to move.  Wrong decision. 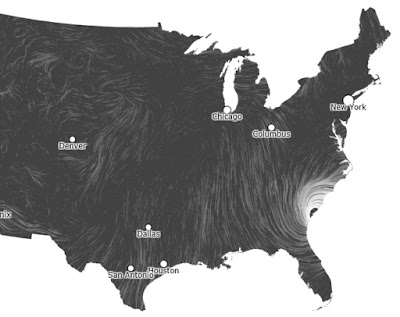 Wind map showing the approach of the strong winds. 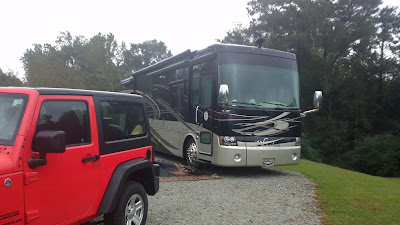 As we watched Matthew not make the right hand turn it was supposed to make, we took action to survive the storm.  We stowed the satellite dish,  brought in the slides and awnings, brought up the leveling jacks and put away the chairs that were outside. 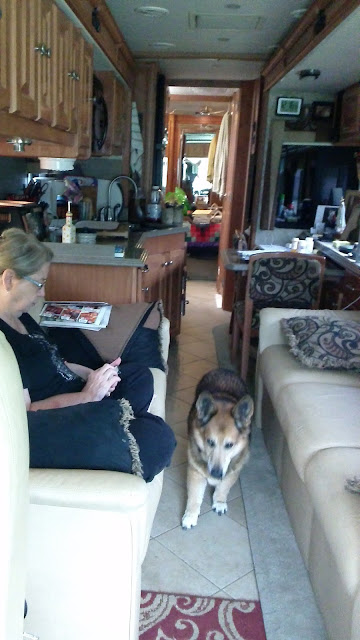 Living in a closed up RV. 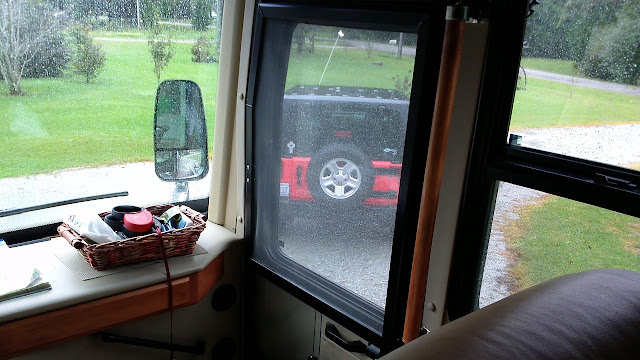 Then the rains came.  Lots of it. 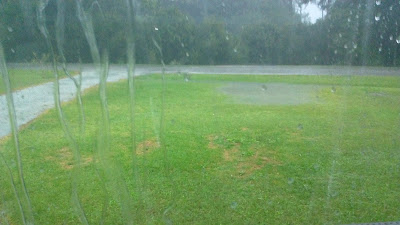 The ditches filled and a pond formed in our front yard. 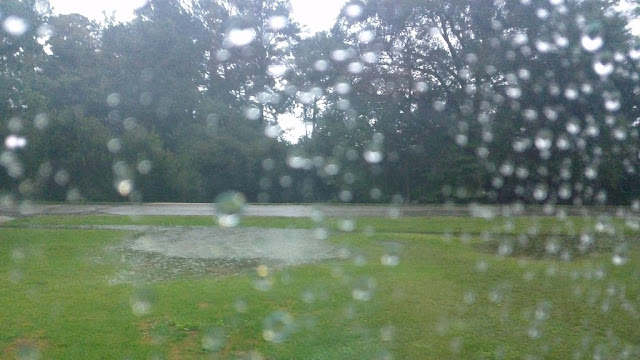 And the pond got bigger.  Then the winds came. The constant roar was unsettling.  55 mph winds with gusts of 70 mph I clocked from the weather station a neighbor has across the street from us.  We were able to monitor the wind speeds via the internet until the station went dark when the power went off to the neighborhood.  Our battery bank provided us with power so we could watch the weather stations all around the area go dark.  Only one in New Bern was left and that was the one at the airport.  Sleeping was almost impossible.  I was awakened almost every time a gust would hit us and the wind howled incessantly.  With the light we had hoped the storm would have left us but the winds remained strong most of the morning but by noon they eased noticeably, sky cleared and  our neighborhood power was restored.
North Carolina was hit hard by the storm.  It is a week later as I write this and communities up river are still suffering from flooding.  Many roads, highways and bridges have been wash out.  It will be some time before everything is put back together.  The people in rural North Carolina are resilient and uncomplaining and will come through this with their Faith intact, helping one another.
--- 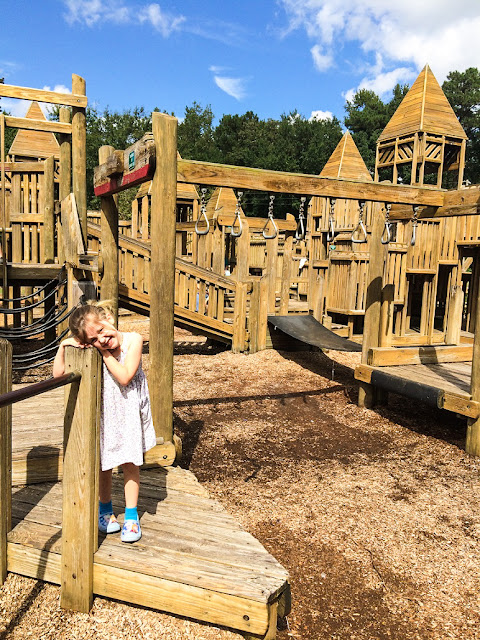 Before the storm we had a visit from Chris and Katie and Deaglan and Emory.  We spent some time at huge playground in New Bern. 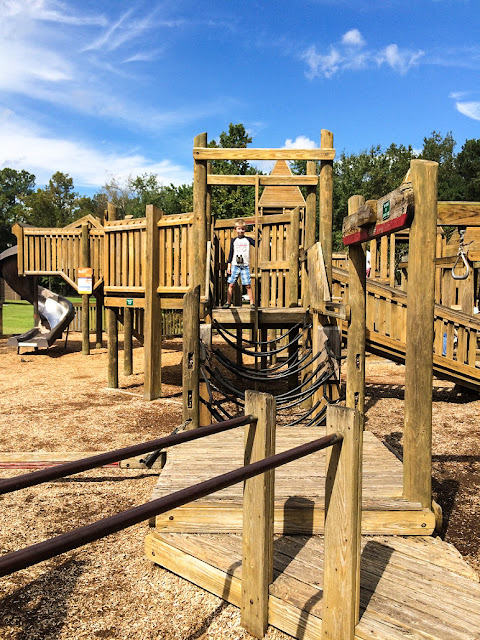 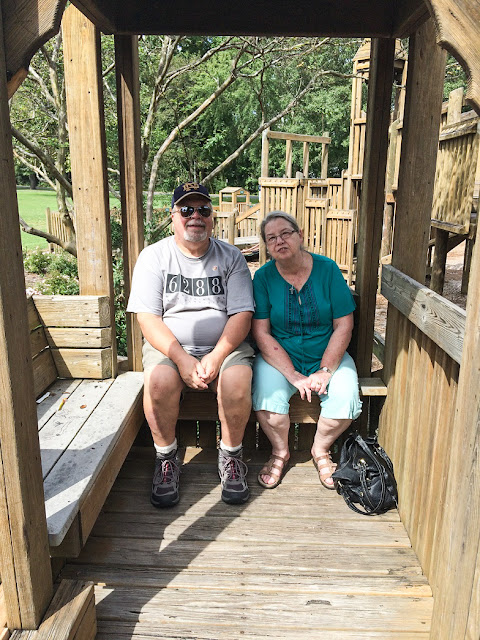 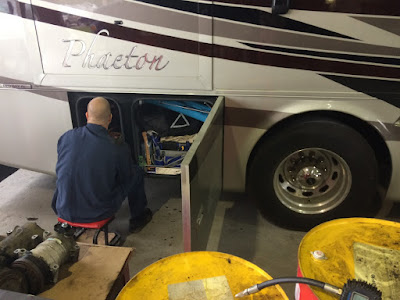 We had to pay some attention to Phaeth who got her North Carolina inspection and new chassis batteries ... 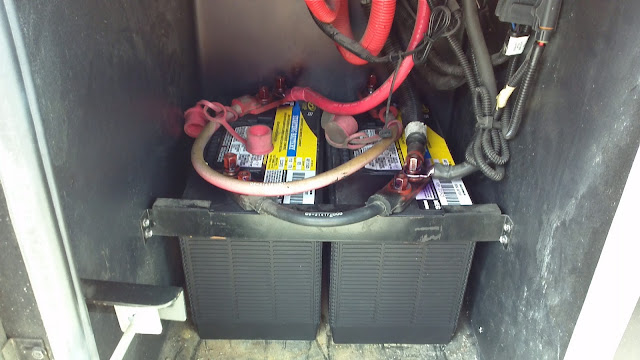 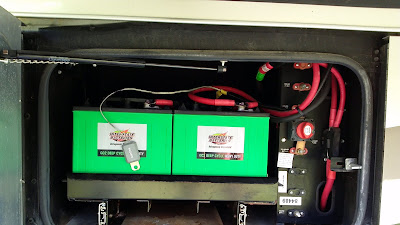 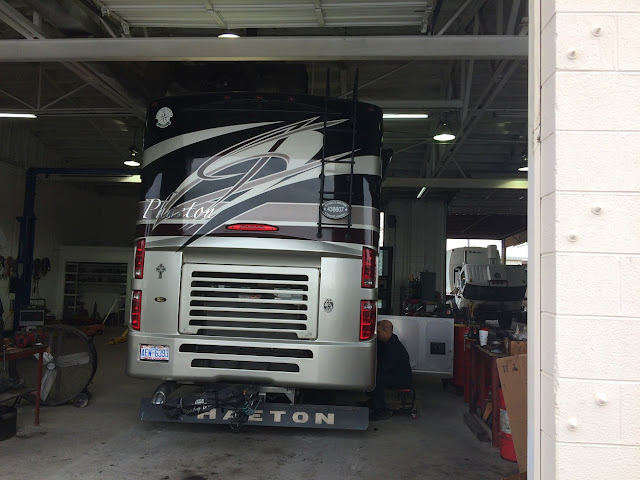 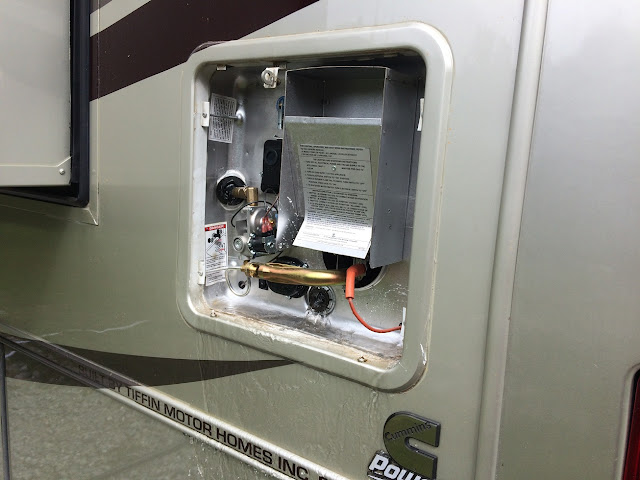 I also serviced the hot water heater.  A lot of mineral deposit gravel forms in there and needs to be washed out. 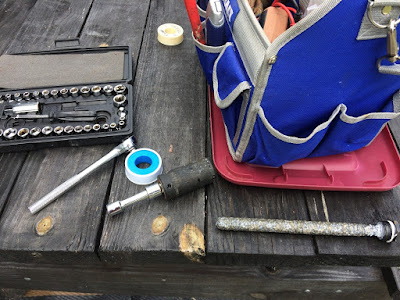 The sacrificial anode rod is inspected.  This was shiny new and smooth back in May.  I will service the hot water heater again after the holidays and install anew anode rod. 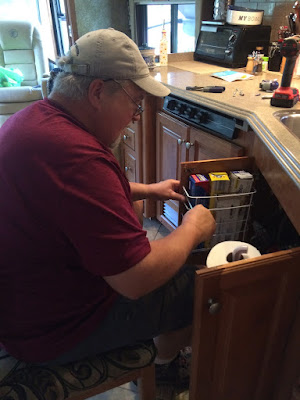 I installed a new space saver for Joanie. 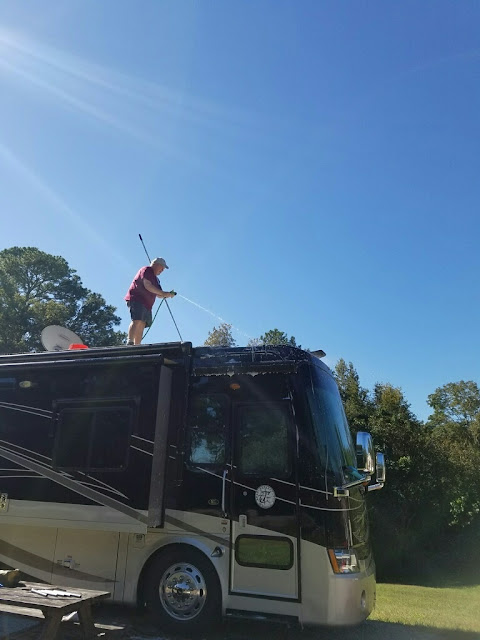 And I climbed up on the roof to wash the "beast" down. 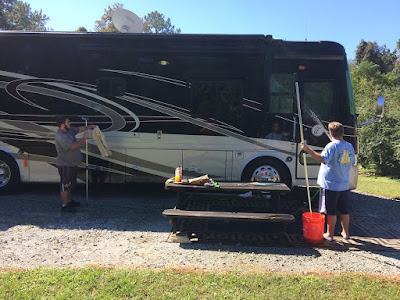 I employed some teenage muscle to help.  Brandon and his friend helped to keep this old man alive. 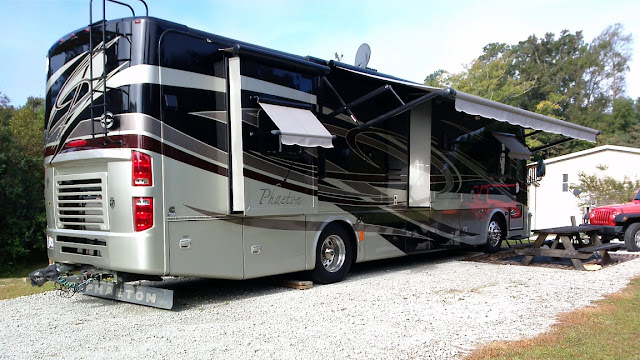 Phaeth is all shined up again.
Posted by Phaethtofulltime.com at 9:31 AM