Life in small town America ...
You don't have to go back many generations to discover that once upon a time most people lived in small towns rather than the big cities.  The physical evidence of this migration is in almost every small town in America.  There are lots of reasons why it happened but I find it sad that it did.  ﻿ 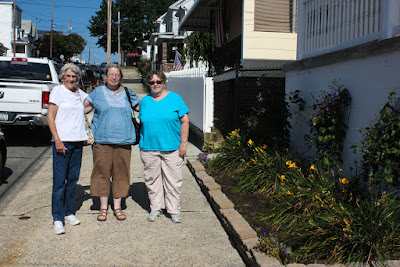 Joanie with her cousins Bernie and Ann in front of Ann's house in Coaldale, Pennsylvania. Coaldale is one of many little communities in Carbon County, PA.  Anthracite Street will let you know what was once important here.  Joanie's, Bernie's and Ann' ancestors were miners. 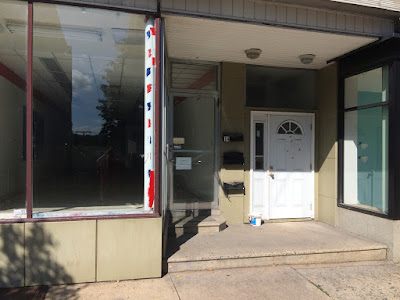 While we were staying in the area, I needed a hair cut.  In small town America you won't find the Great Clips and Hair Cuttery franchises.  But if you look hard (no, this one was closed up) ... 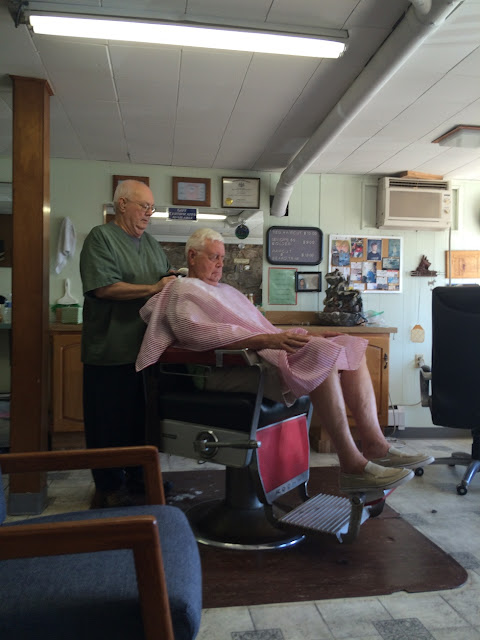 ...you will find an old barber still cutting hair and dispensing the verbal history of the town you happen to be in. 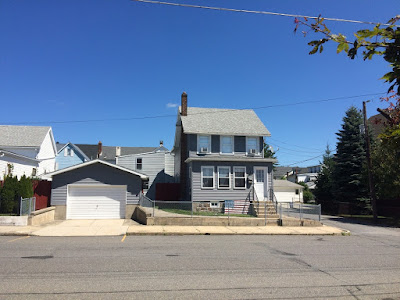 Except for when school gets out, the streets are quiet most of the day. 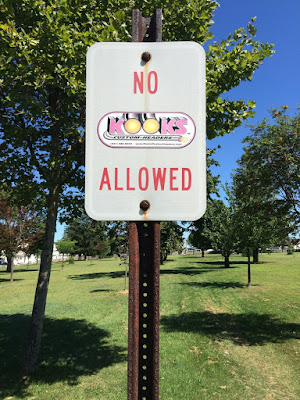 Citizens of small town America have not lost their sense of humor. 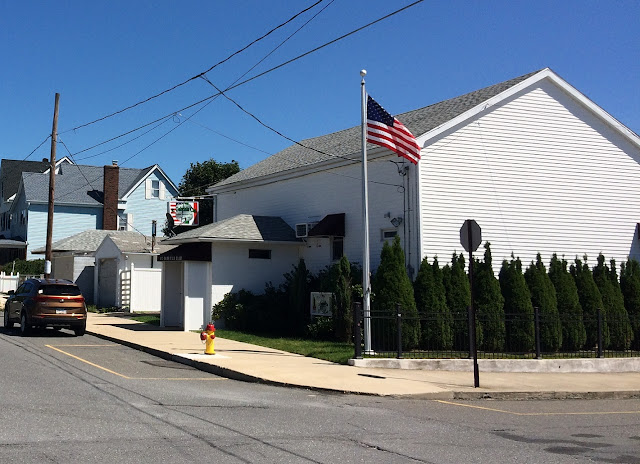 In small towns you will find neighborhood social gathering places.  Before the invention of the automobile, these places were all within walking distance which was a good thing. 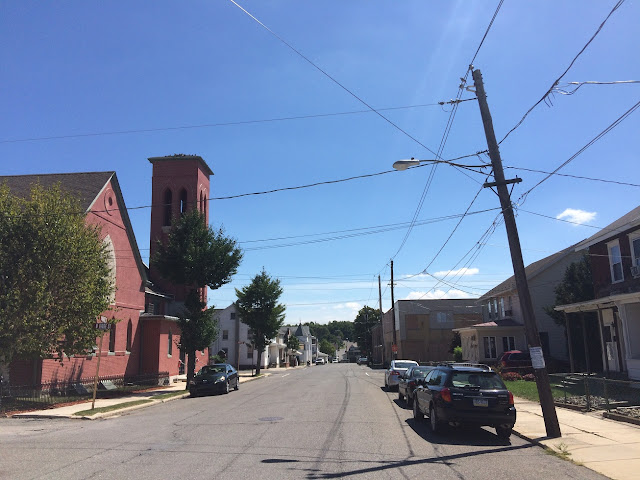 Churches were also within walking distance once upon a time, too. 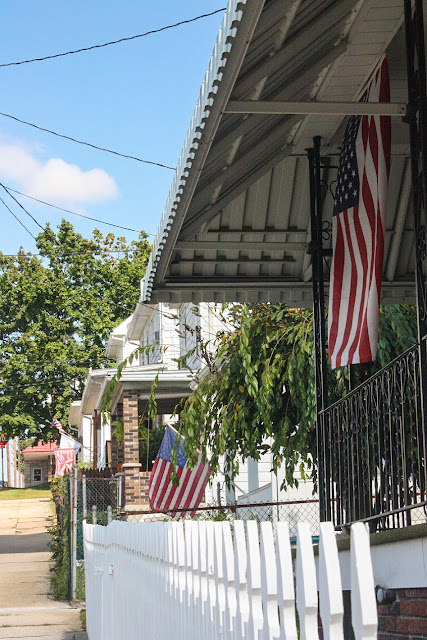 In small town America, often called "fly-over America" , you still can find the values that made this country the greatest country in the world. 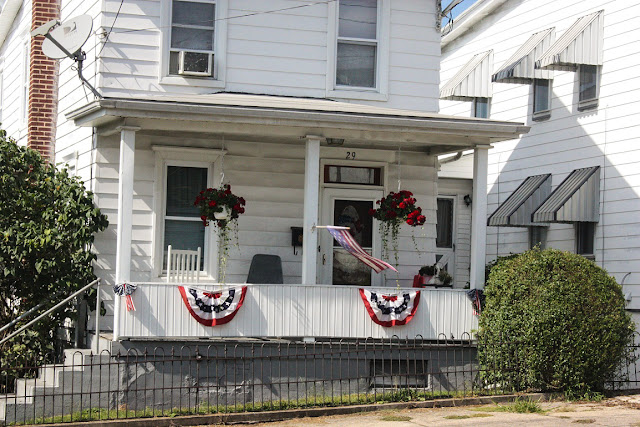 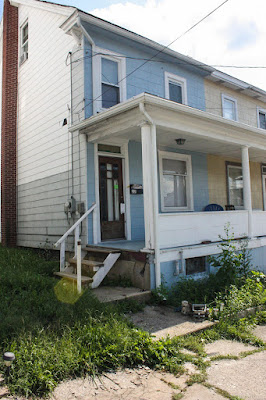 But the jobs in small town America are leaving and so are the young people, following them to the big cities.  Left behind are the drug addicts and the old people. 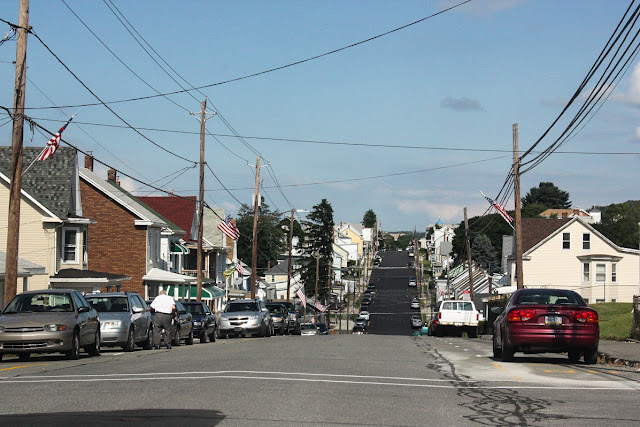 When these houses were built, the automobile had yet to be invented so there are very few garages in which to park your car.  The wealthy people in town once lived on the top of the hill but the continuous digging of the coal undermined the foundations of the big houses; some even fell into a sink hole.  Today if you see steps or sidewalks leading to empty space, it is because the house fell into the earth. 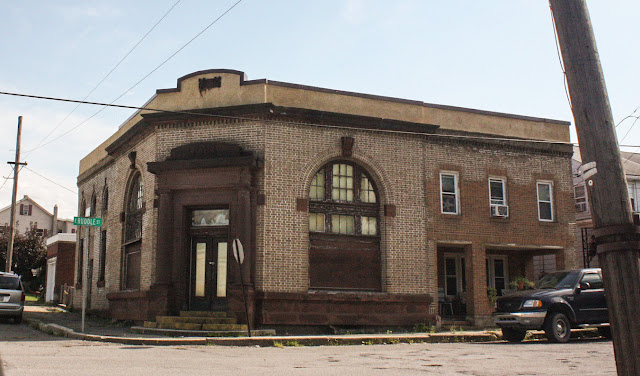 It is sad to see the charm of small town America drying... 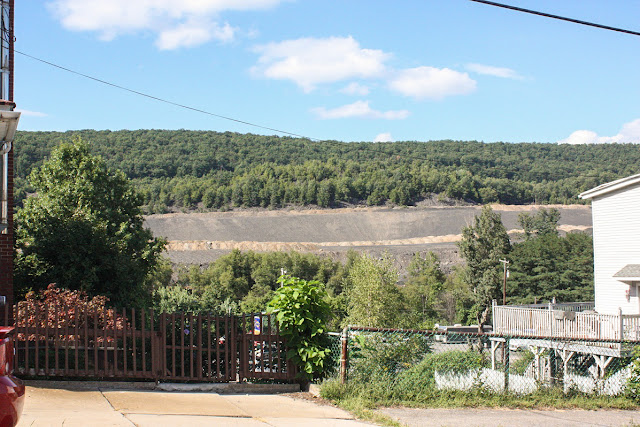 From a street in Coaldale you can see a small strip mine still operating. Once upon a time coal was king here.  It was the fuel on which the country ran providing jobs to many; dangerous jobs. 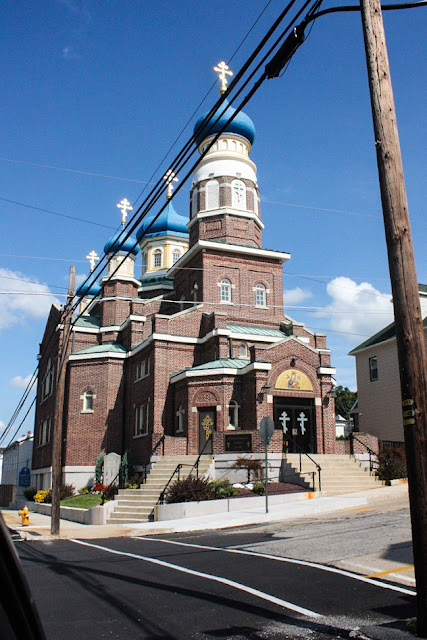 Immigrants came from Russia, Poland, Wales, Ireland and brought some of their culture to the neighborhoods. 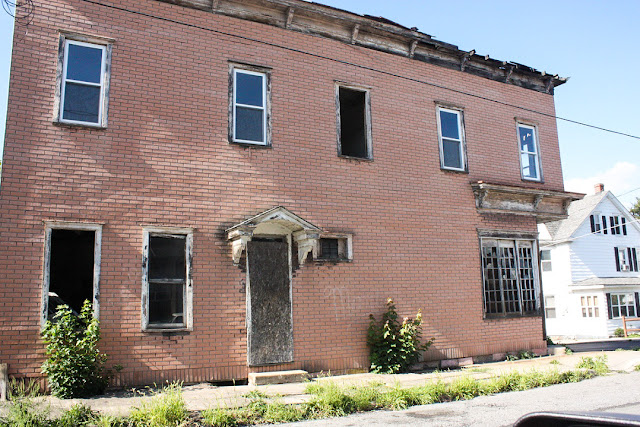 The wealth that those miners produced is now gone. 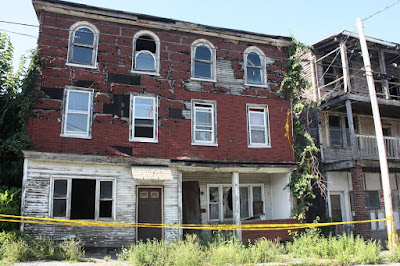 Churches are closing as are schools.  The few children left are bussed out of town to regional schools. 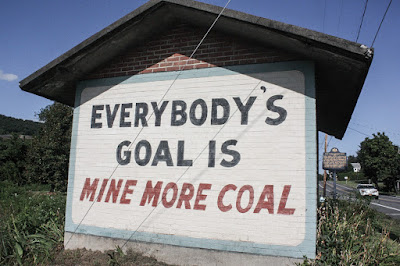 Now the so-called "progressive" people in government want to shut down what remains of the coal business and take away more jobs.  They pat themselves on the back for their righteousness all the time forgetting the people in small town America who now suffer from what the government has done. 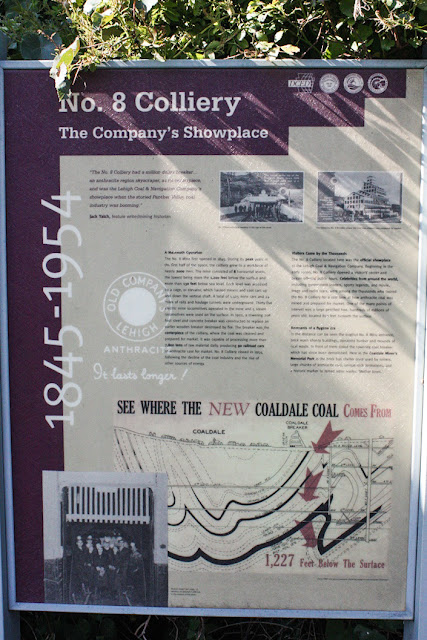 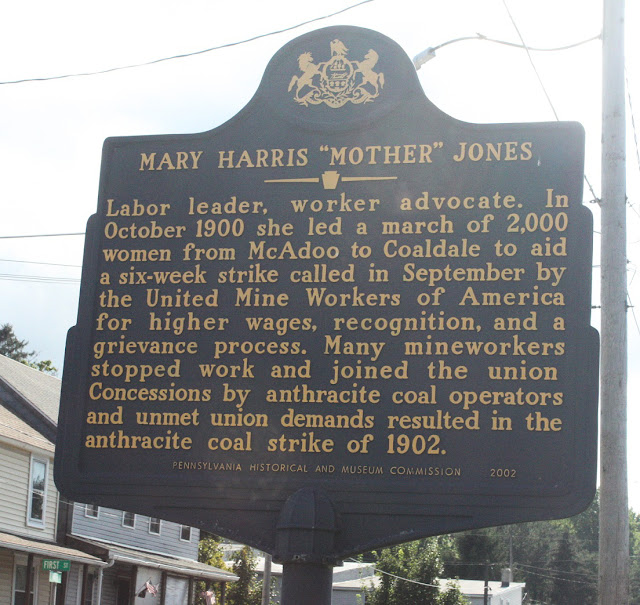 Life in this part of America has never been easy and it remains so today.  Not far from Coaldale is Jim Thorpe, Pennsylvania.  They have a museum there dedicated to the Molly Maguires who fought for justice for the coal miners a hundred years ago.  The museum is the prison in which the Molly Maguires were executed.  A dismal tourist attraction for sure.


Posted by Phaethtofulltime.com at 1:07 PM