The Story of Joaquim or A Little Trail Magic ...

Last Saturday evening coming home from Mass we saw one of the hikers from the Appalachian Trail.  As most of the hikers do at that time of day, they come off the trail to find shelter for the night.  There are many shelters for the hikers from Georgia to Maine along this route.  Up here in the White Mountains there are also tributary trails that cross the Appalachian Trail.  Here near Mount Washington, the trails are numerous.  The Appalachian Trail goes up and over Mount Washington at 6,288 feet.
Joanie and I spoke about the poor tired hiker and if we might help him.  We could not give him a lift to a shelter, of which there is a good size one in the RV park where we are staying, because our two-door Jeep Wrangler was full – we have our bikes in the back seat.  The discussion sparked some ideas.
In the morning we headed out to do some shopping and Joanie took the opportunity to go into the office to see if any hikers were staying in the hostel and if it would be OK to get them something to eat.  The office manager said yes, there were indeed a few and Joanie ran up to meet them and ask if we could pick up anything for them while we were out.  That is when Joanie met Joaquim. 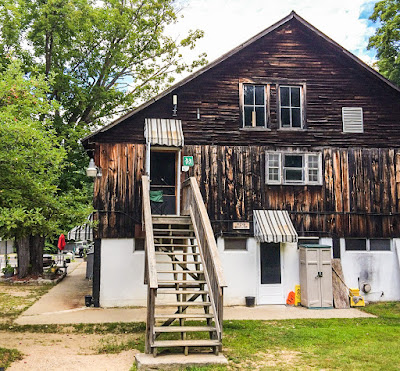 Joaquim was quite a bit older than the late teens to early thirties folks who attempt the AT.  He also had a bandage wrapped around his right foot.  His accent was thick European but he had a sufficient command of the English language to tell Joanie what happened to his foot:  Back on August 3rd he was preparing his morning meal, barefoot, when he accidently overturned a cup of very hot cooking oil.  A third degree burn had removed most of the dermis from the top of his foot.  Being a nurse, Joanie had to view it and find out how Joaquim was treating it.  It was not pretty at all.  He can walk on it but you can tell it hurts to do so and that the AT will have to wait until it heals. 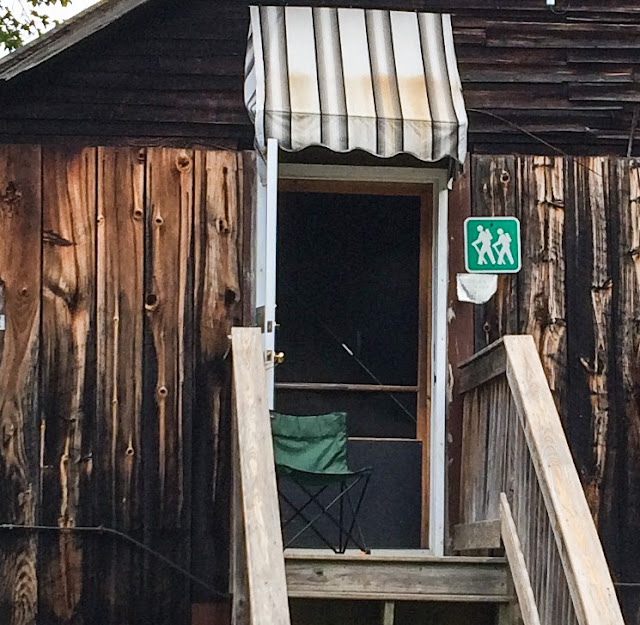 At Walmart we got enough wound treatment for several days and when we got back Joanie showed Joaquim how to clean and dress the wound properly.  We also invited Joaquim to dinner at Phaeth.  I made my famous chili, Joanie made a salad and we bought cake for desert.
At dinner we exchanged stories  about traveling and talked about the world in general having a very pleasant time. Joaquim is a journalist and writes books about hiking.  He has traversed trails in Europe, South America and Japan.  He of course knew of the famed AT, one of the longest in the world and certainly the longest he had ever attempted and he decided that at 58 years of age he dare not put off the attempt any longer. 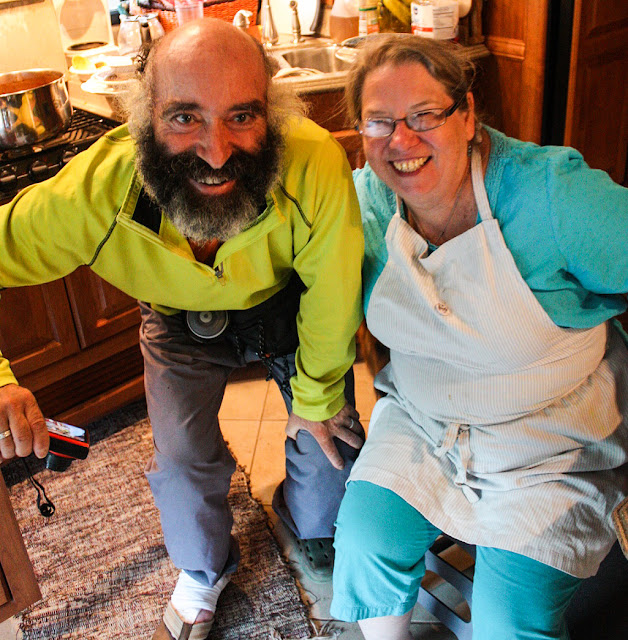 He started off at the Southern terminus of the AT in Georgia on March 4 and gave himself until September 15 to complete it.  Now with his foot in the condition it is, that does not look feasible.  So he will recuperate here until August 15 and has found a good Samaritan to drive him the next 150 miles to leap-frog part of the northern section and hike the last 150 miles in time to catch his flight back to Lisbon Portugal and home.


Hikers who suddenly meet people who help them with shelter or food and drink are said to have encountered “trail magic”.  It means that they will get an extra and welcome supply of calories that they need to keep going. 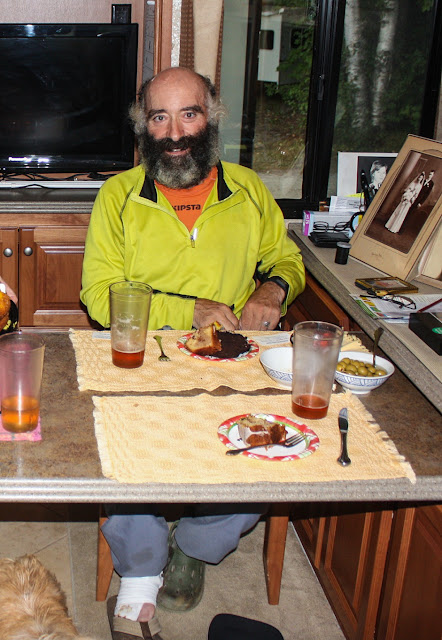 Joaquim was stranded in the hostel when we came by and he said that we were his trail magic.  “No”, he said, “more than trail magic.  God sent you”.
But we leave on Wednesday and who will look out for Joaquim when we leave? 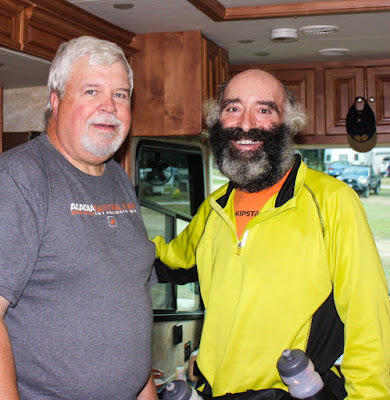 Joanie wanted to cook Joaquin one more dinner and wanted to try a Portuguese dish so we headed out to the grocery store for the exotic ingredients.  We also needed to find a bank and an ATM so that we have cash for our trip into Canada.  We went into Gorham and stopped at the first bank we found (and there are not that many in such a small town).  The ATM in the bank would not complete our transaction and give us the cash we needed.  The bank’s financial manager saw our plight and asked if she could help. She let us use her office to contact our bank and we got things worked out with our bank but this Gorham bank was the problem.  So we did not conduct our business there.  The financial manager, Sandra, a very friendly and helpful person, spoke with a slight accent and Joanie asked from where she came.  “I was born in Portugal”, Sandra said.
We could not believe this.  We told her about Joaquim and the need for someone to check in on him and Sandra, without any hesitation at all said “Of course”.  Here was the answer to our prayer.  At the end of her work day she came to the hostel and met Joaquim.  It was so beautiful to hear them speaking Portuguese together.  Now remember this is little Gorham, New Hampshire; small town American doesn’t get much smaller than this!
Joaquim had dinner with us again and told us more stories of himself and his travels. He works for a Lisbon newspaper writing travel columns and has published 3 books; a wonderful evening.  We went to bed, ready to get up and break camp in the morning knowing God would look out for this adventurous soul.
In the morning, we said our goodbyes to Joaquim.  It was a bit emotional because in just a few days we had shared so much.  Joaquim  was at the exit with his camera taking a picture of us as we pull through the gate, out on to the open road.
Posted by Phaethtofulltime.com at 9:42 AM