Last week we ventured into Canada, the province of Quebec.

It was a busy, active visit that I thought I would try to sum up in the impressions that I experienced. 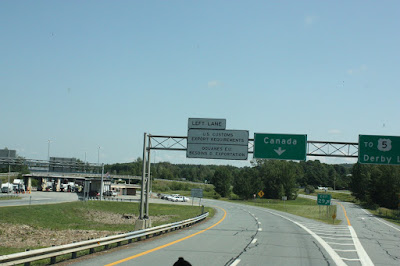 I had heard that Canada was bilingual and as we approached the boarder I got the impression that it was indeed.  My impression would change. 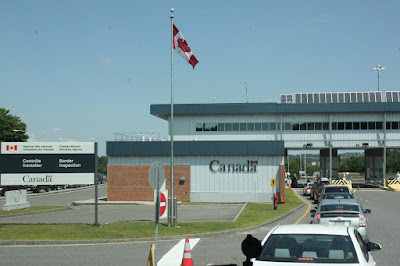 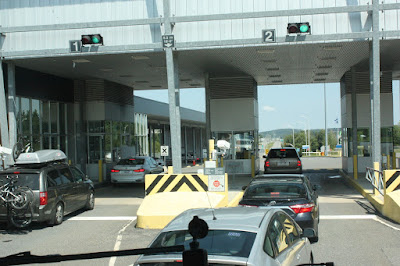 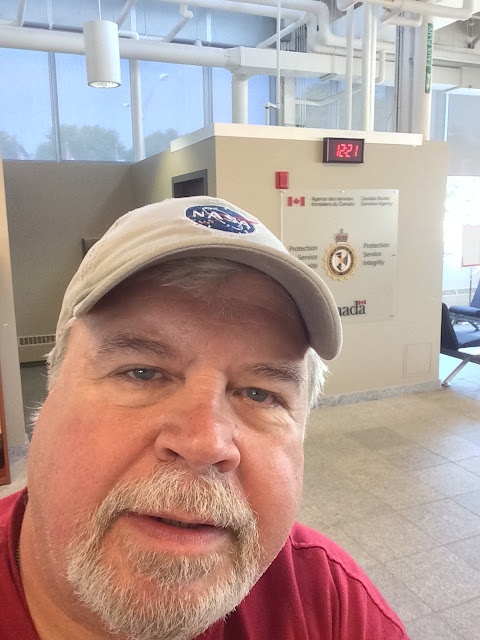 We presented our passports at the guard post and were asked what we had to declare like food stuffs, wine and liquor and weapons.  We told them we have two dogs and showed them the rabies shot records for the dogs and the paperwork for my shot gun.  "Pull over there and come into the building, please", she said in very good English with a slight French accent. 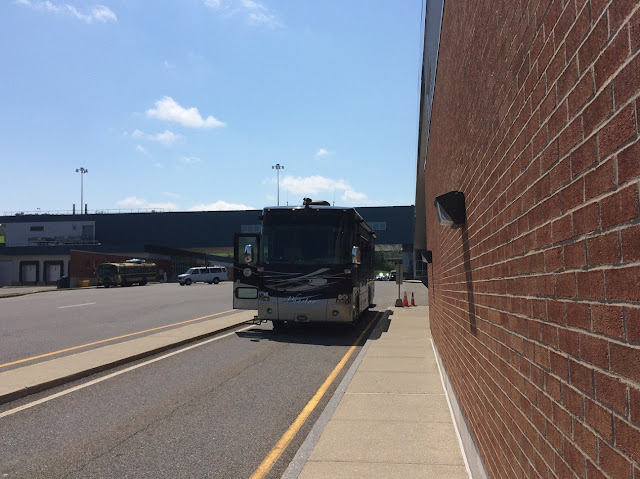 ﻿
"Why would you want to bring a gun in to Canada?"  the boarder patrol officer asked us when we got inside as if it were a little incongruous that guns would be needed at all in her country and she was a little insulted.  Glancing at her body armor and side arm, I explained to her that our motor home was our "house" and we were "full time" RVers and that we had always possessed the weapon even when we lived in our stick and brick house.  A light bulb went on and she understood.  So I paid the registration fee of $25.00 Canadian and reminded her that we had the dogs rabies shot records that she was not really interested in, asked us if we had any other weapons like hand guns, bear spray, pepper spray and knives to which we said no.  She said that we could go after she inspected the interior of the coach to see the shot gun.  However, I had to remove the dogs before she went in with Joanie who crawled over the bed (the coach was in travel mode) to get to the shot gun in the closet.  The officer asked Joanie to show her the "bullets" (ammunition).  Joanie did not know where I kept them so could not produce them.  The officer was satisfied that the ammunition was not kept in the same place as the gun and said that we could go.  Whew!
The Country ...﻿

Pristine, well kept farms; the people seem to be proud of their farms and farmers, in turn, take pride in their work and in their land; something that no longer seems to exist in "the states". 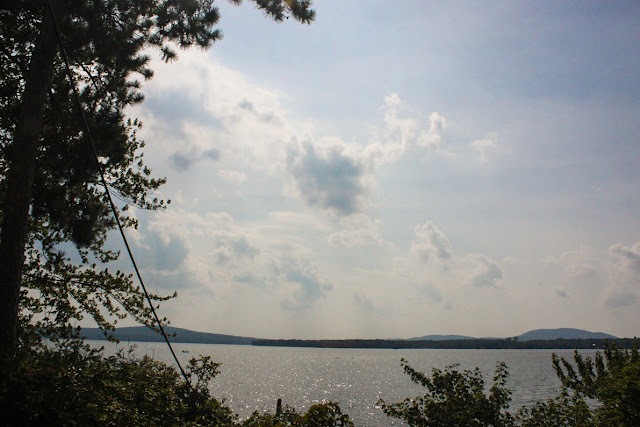 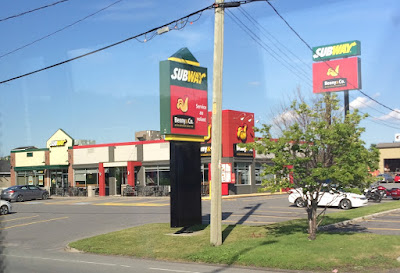 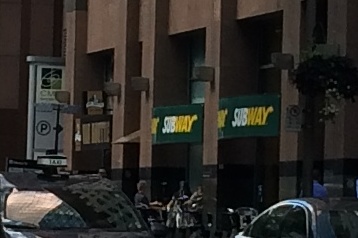 Where Massachusetts runs on Dunkin Doughnuts, Quebec runs on Subway.
Reading Metric Is Almost as Important as Reading French ... 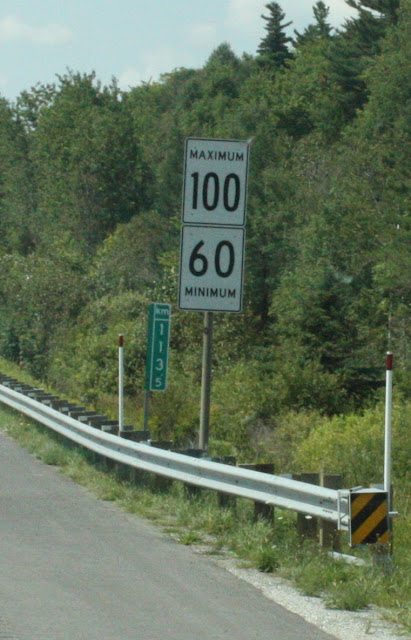 We learned very quickly that the metric system regulates things in Canada.  The metric numbers on my speedometer are very small and I was constantly calculating MPH in to KPH; that will keep you awake! 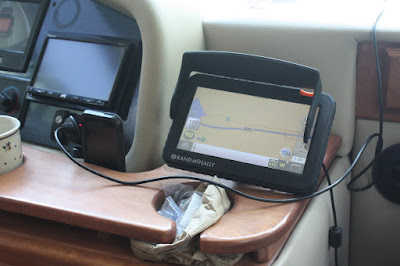 Except for major roads only, our GPS did not work.  The navigator suddenly started relying on paper maps (which we acquired while there) and trying to read small street signs.﻿ 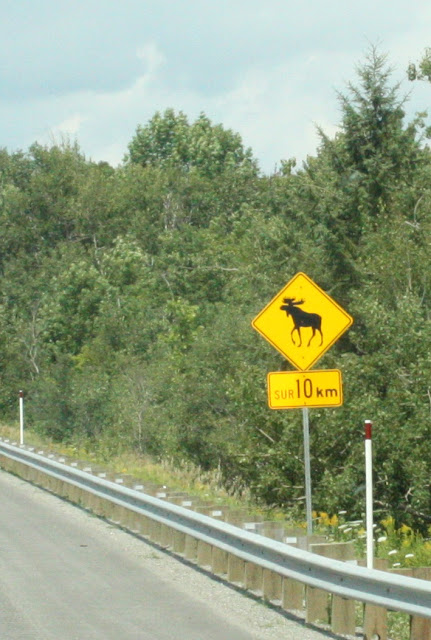 We never saw the first moose despite being warned about them constantly. None of the highway information signs in the province of Quebec were in both languages.  You really needed to speak French in French Canada. It was not until we left Quebec and crossed over to Ontario that English and French were on signs. 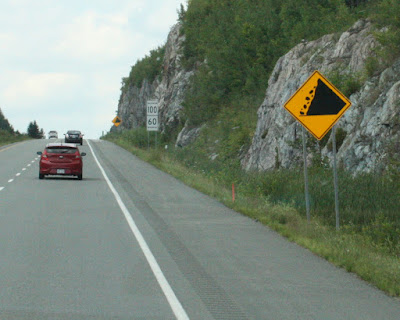 You need not be fluent in French to read the warning signs along the road.  We saw very few big SUVs in Canada.  Most people drive smaller vehicles than folks in the "the states";  lots of small crossovers.  Sign translation:  Watch for falling rocks. 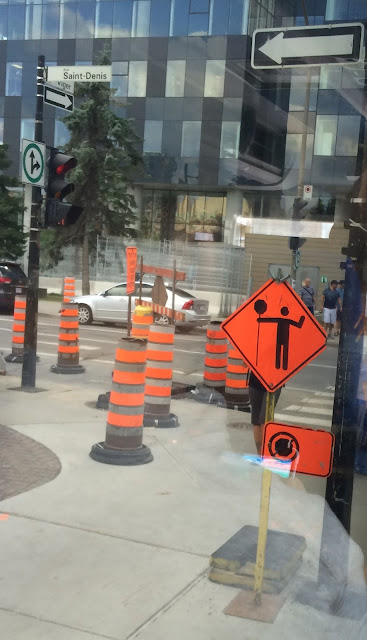 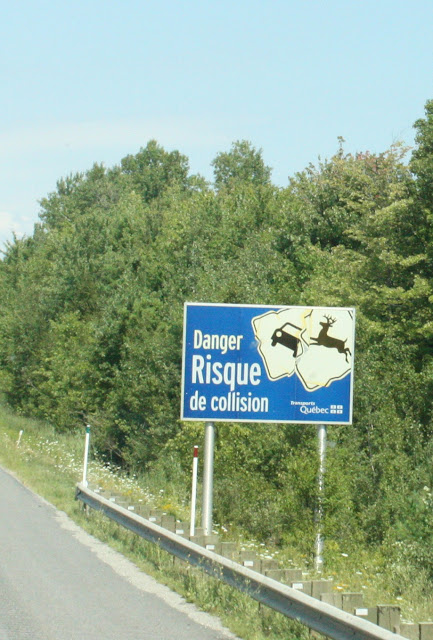 We bought diesel fuel in liters and it seemed expensive until I exchanged Canadian currency to US dollars but, since there are 3.8 liters in a US gallon, watching the numbers fly on the fuel pump made my eyes spin! (We have a 100 gallon, 380 liter, tank.) 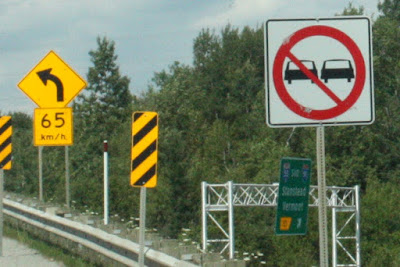 Sign translation: Take the curve in the road at 40 mph and do not pass.

Sign translation: No trucks except local trucks and exit 110 is in 1.2 kilometers. Rue is road. 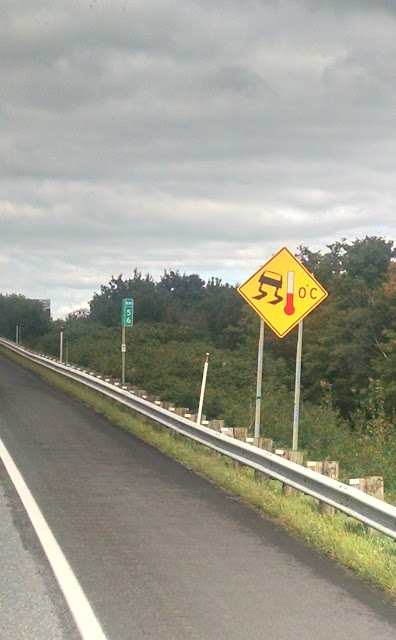 Superman does not live in Quebec but there are still plenty of phone booths for him if he did. By the way, your cell phones suddenly quit working when you cross the boarder.  Our AT&T phones asked us if we wanted communicate in Canada using our cell phones - at a price $$$.  Rogers is the cell phone company in Canada that shows up on our phones.  Believe me, they know where you are the very moment you step across the boarder line.
Oh, YEAH!  The Food! ...
﻿ 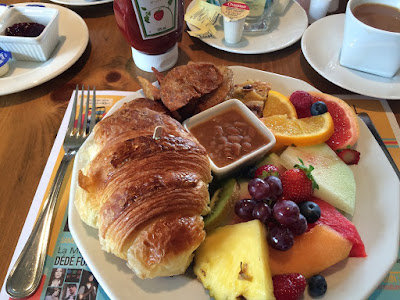 It seemed to me that Québécois are thinner than their counter parts in America.  But for the life of me, I cannot figure out how?  The food in Quebec was marvelous, fantastic and fabulous!  Even the small village of Bromont had several first class restaurants that served haute French cuisine. We also encountered bakeries (boulangerie), une boutique de chocolat and the food in the super-markets approached fine art quality, all in a small village. 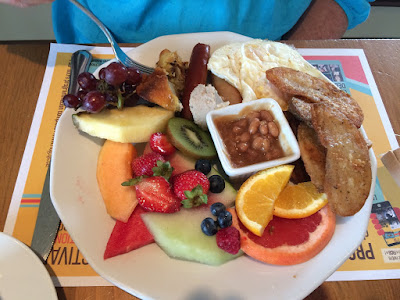 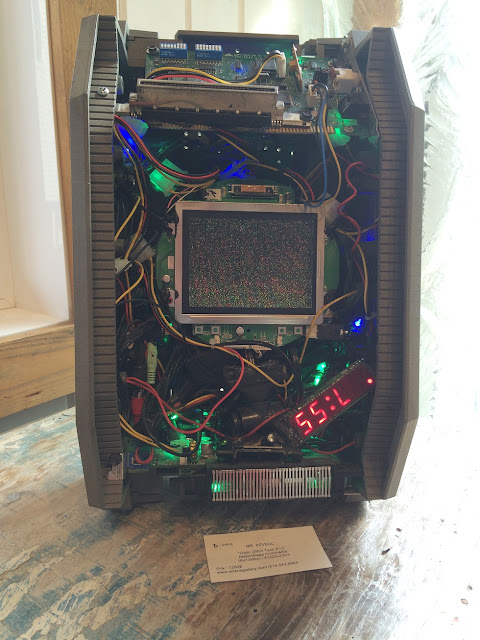 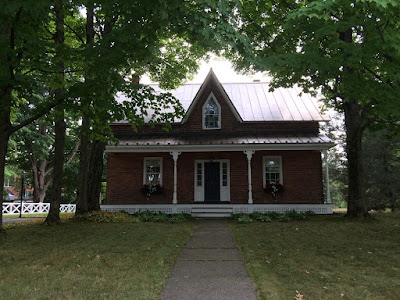 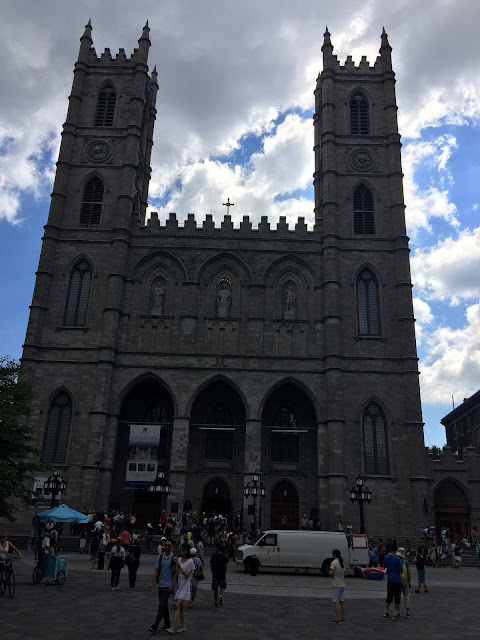 ...lots of fine, well cared for architecture attract tourists from all over the world. 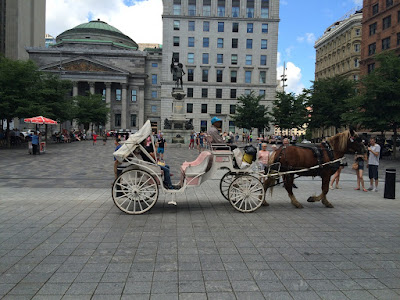 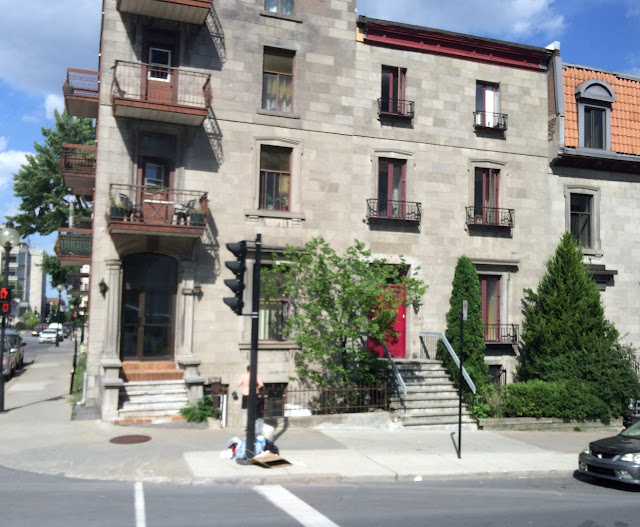 In Montreal we found a French love of the outdoors including lots of balconies, benches in parks, in front of churches, along sidewalks.  There are probably more RV parks in the province of Quebec than anywhere else in Canada and probably for "the states" except Florida. More people ride bicycles here, too.  Many of the down town Montreal streets have bicycle lanes.  Bicycle trails are also abundant in the countryside.
We found the people of Quebec to be very tolerant to those of us who did not speak French.  Many of the young people are bilingual because English is mandated to be taught in the schools now.  We encountered only one fellow who snarled at us when we tried to buy metro tickets to ride the subway but maybe he just did not like his job.  Sign language in the form of pointing or counting fingers worked for us.  ﻿
There is an easy going, contentedness amongst the French Canadian people.  I think we discovered a tolerance there that will we will bring back with us and will serve us well.
In my next blog I will show you some of the old French culture.
Posted by Phaethtofulltime.com at 2:29 PM