A Fiasco at the Border...

We had a wonderful visit to French Canada that we will never forget.  But getting back to the good ole' US of A was not pleasant at all.  Indeed, our entry back in was not one bit graceful.

The boarder facilities on the US side were older and hackneyed looking compared to the Canadian side that were modern and efficient.  The US border patrol agents were as inept and inane as the Canadian agents were classy and refined.  The US agents were the mirror image of what everyone thinks of our lame government. 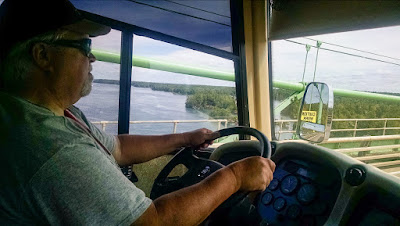 We crossed over a beautiful, old set of bridges built by the US and Canada back in the 1930's. 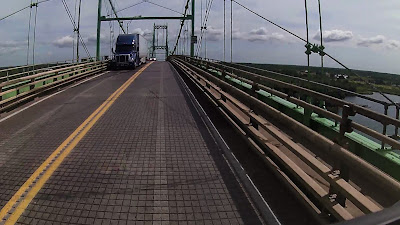 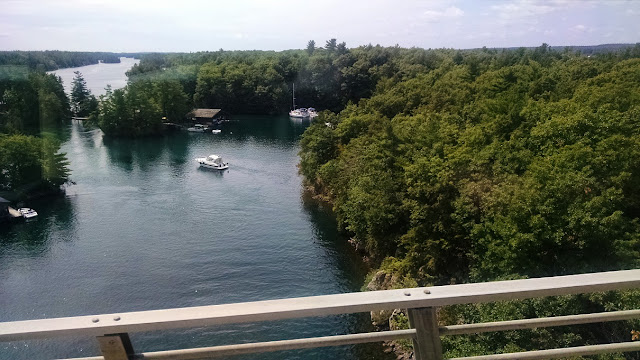 The bridges take you over the Saint Lawrence Seaway which empties the Great Lakes. 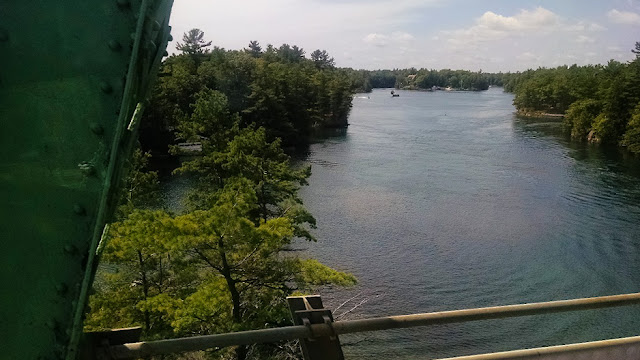 There are over 1,600 islands in the seaway here and Canadians and Yankees alike have been attracted to this beautiful part of the world.

We pulled up to the border patrol booths in a lane with a green light. 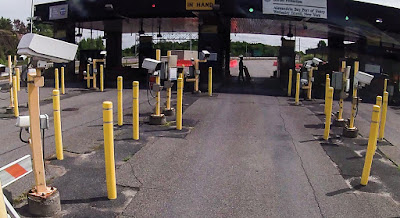 The car in front of us was then processed and passed through. The agent suddenly put a barrel in the lane essentially blocking it. 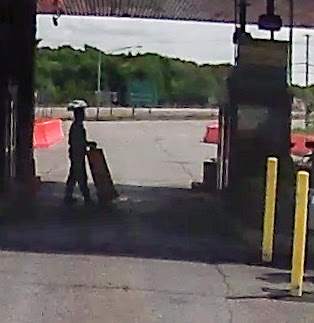 I tried to pull into the next lane but there was not enough room for me to complete the maneuver and I was unsure if I could make another move.  Joanie jumped out to see how much clearance I had. 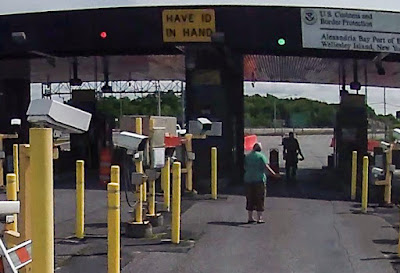 Suddenly agents started yelling at Joanie to get back in the vehicle.  She tried to tell them that we were essentially stuck since we could not back up.  (Remember we are towing Hope four down and it is impossible to back up). 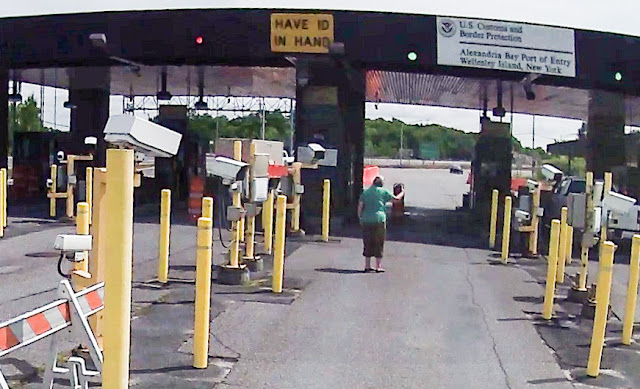 Needless to say, they do not understand our predicament despite Joanie's gesticulations.
Finally an agent with stripes on his sleeve came over and we explained the situation.  By now traffic was backing up in three lanes.  The agents directed traffic away from us so that I could unhook Hope, drive her out to a safe place, get back in Phaeth, back her up enough to straighten out into a lane I could go forward in.  Joanie walked back to Hope and drove her through the booth. Joanie had a few choice words for the booth agent for their idiotic way of conducting their business.  Joanie drove Hope up to the back end of Phaeth and I hooked us back up and we were once again on our way.

Joanie said, after all this, "Remind me why we came back"?

I just have to chalk it all up as part of the adventure of our lifestyle.

Posted by Phaethtofulltime.com at 12:59 PM