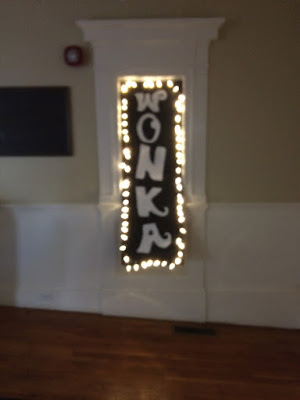 Our granddaughter, Dorothy had a part in her school play which we attended last Friday.  It was Willy Wonka and the Chocolate Factory staged in a grand old community theatre in Framingham, MA.  Dorothy's school, Christa McAuliffe Charter School theater group produced it and Dorothy played the part of Charlie's mother and an oompa loompa. 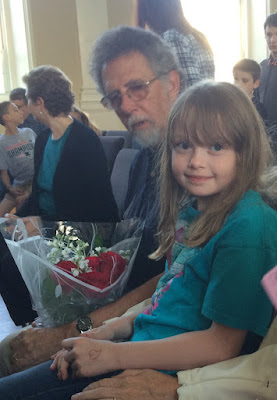 Dorothy's family all wanted to see her perform. 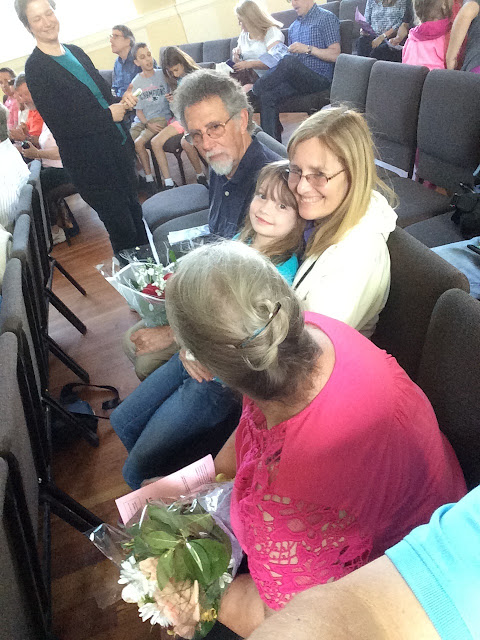 All of her grandparents were there along with her mom, dad and little sister. 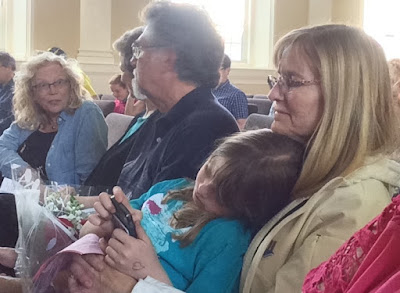 There was a lot of waiting... 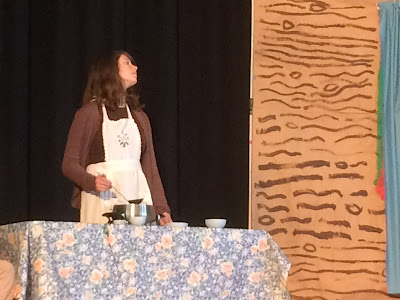 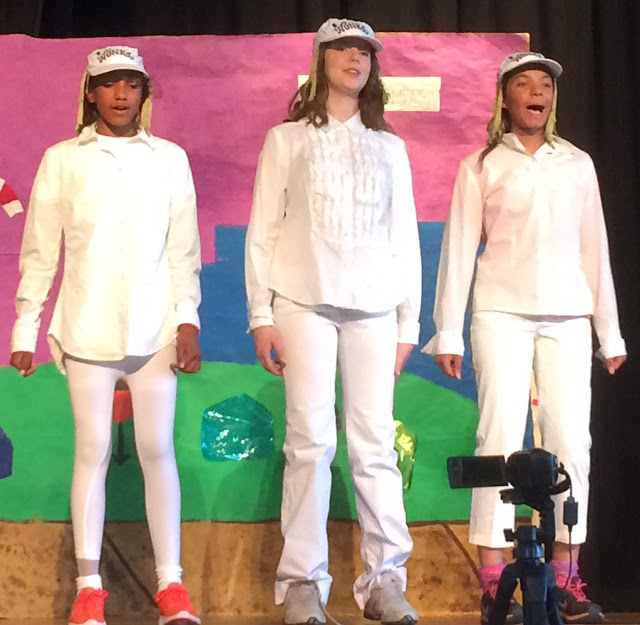 The oompa loompas presented the moral of the story as it progressed. 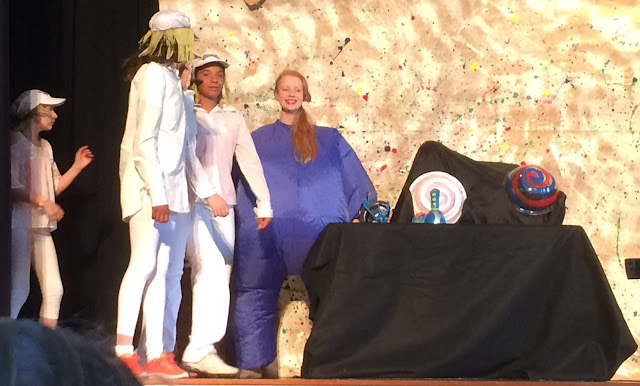 The big hit of the show was when the character Violet ate an experimental meal pill and the "blue berry pie" dessert portion of the pill causes her to swell up like a balloon.  The audience roared! 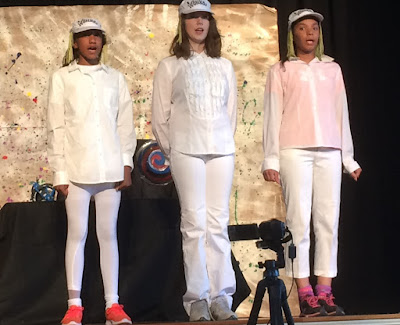 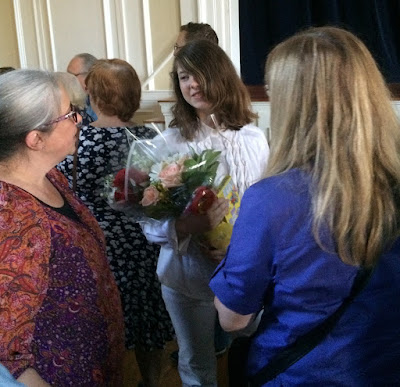 After the performance Dorothy was presented with flowers from grand parents. 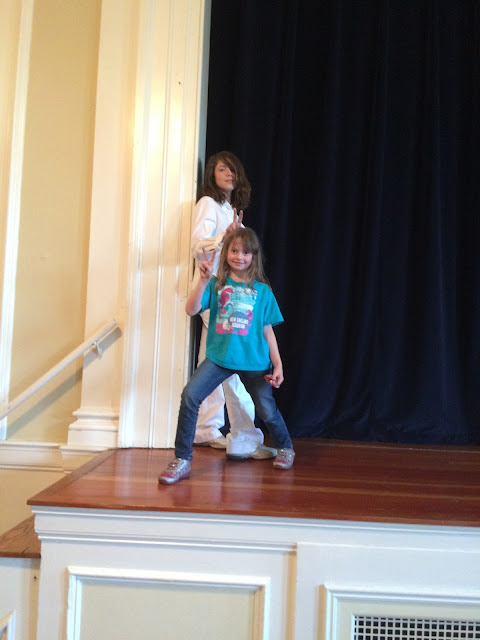 And, of course, Kaylee had to try being on the stage.
﻿