A Little Boston History and a Duck Boat...

We waited until after the morning rush hour and took the commuter train from Littleton to Boston's North Station for the purpose of seeing a little of the oldest big city in America. Cars, trains and boats were our modes of transportation. 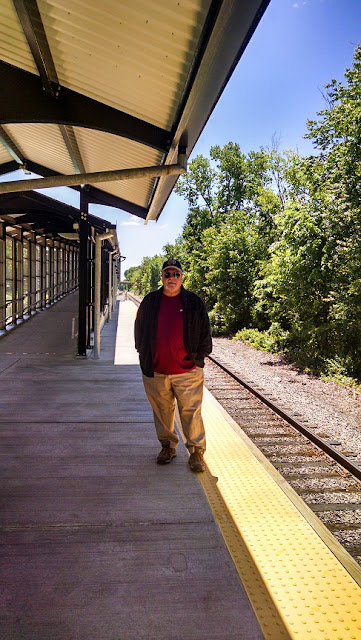 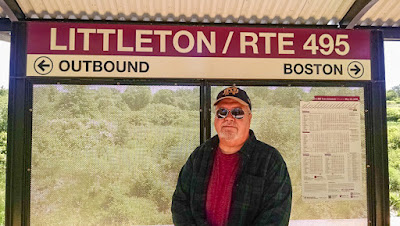 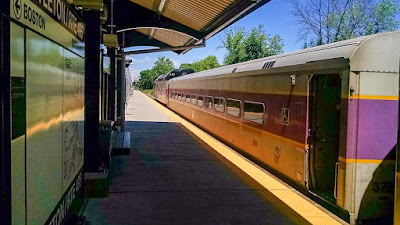 The trains that make up the greater Boston MTA are all color coded to aid the public rider.  The commuter trains are all purple; just follow the purple lines on the map.  The city trains are Red, Blue, Green or Orange. The commuter trains that service the whole eastern half of Massachusetts terminate in Boston at North Station which is in the neighborhood called the North End or they terminate in South Station which is not in the South End but closer to the area called China Town. Why?  Don't ask. 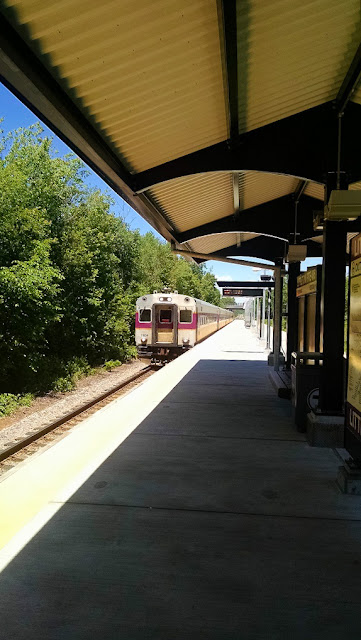 Waiting until rush hour is over means you do not have to "keep up with the heard".  Travel is much more enjoyable. 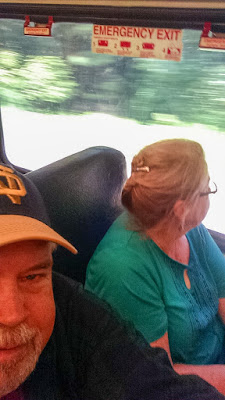 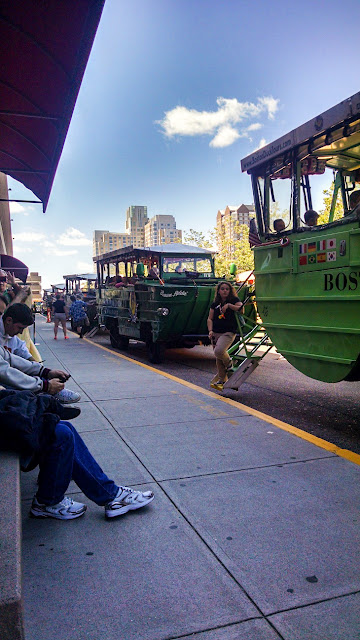 One way to tour Boston is on the famous Duck Boats, a WWII method of transportation of troops into battle .  You can catch a duck boat from a couple locations in Boston including the Museum of Science. 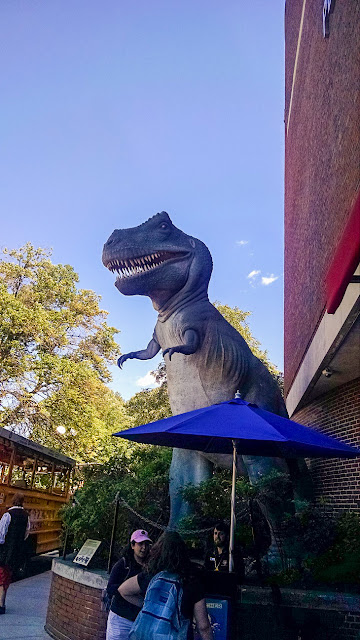 While waiting to board the duck boat, we were entertained by this big fellow who guards the Science Museum. 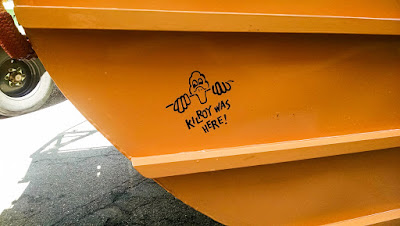 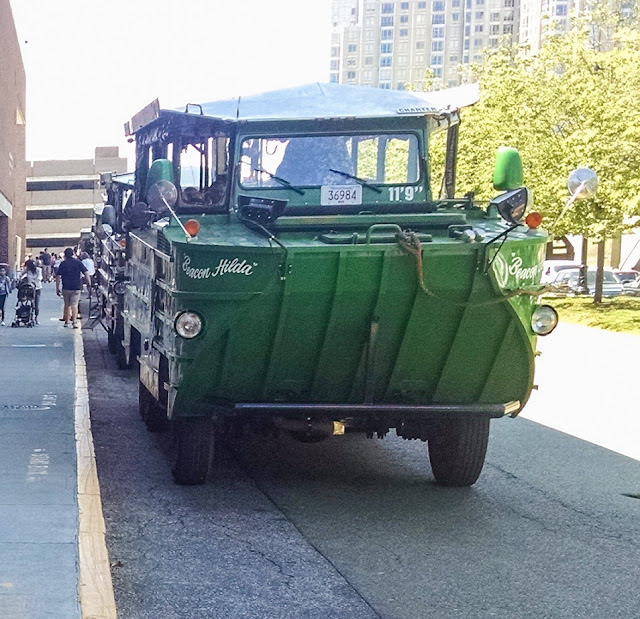 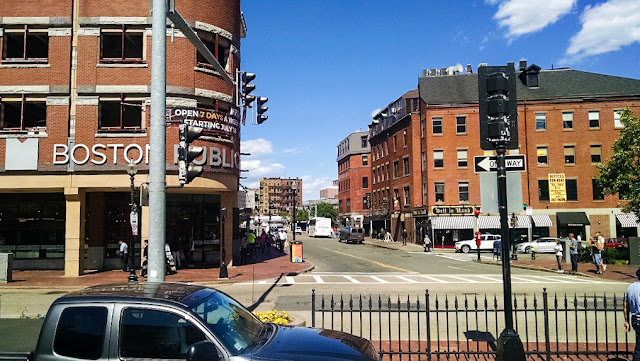 The Bell in Hand is one of numerous pubs in Boston the most famous being Cheers.  Out numbering pubs by far, of course, are Dunkin Doughnuts.  The company's advertising slogan, "America runs on Dunkin"  is totally true, at least in Boston where there seems to be one on every corner. 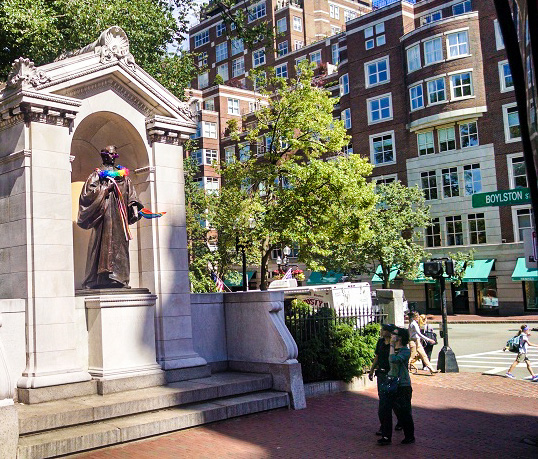 There are innumerable statues and monuments throughout Boston.  This one was recently festooned during a gay pride parade. 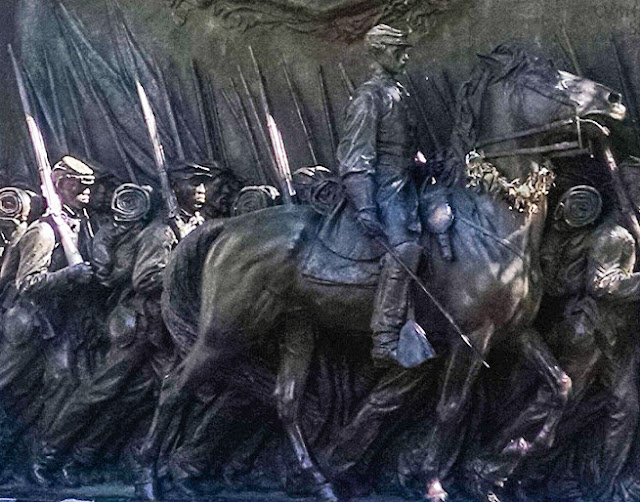 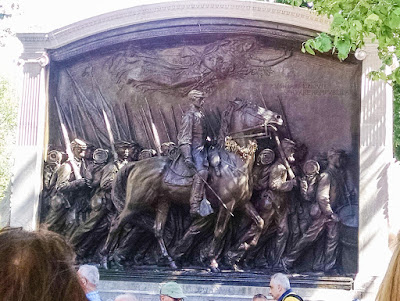 The memorial to the 54th Massachusetts Regiment that was seen in the movie Glory, is one of the many monuments recounting the history of Boston. 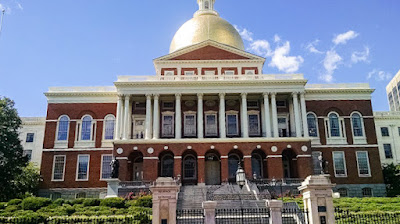 The Massachusetts' State House.  Actually Massachusetts is not a state.  It is a commonwealth along with Virginia, Pennsylvania and Kentucky. The building was designed by Charles Bullfinch a leading architect of 1798 had a dome that was originally shingled in wood and later clad in copper.  The copper is now covered in gold leaf.﻿ 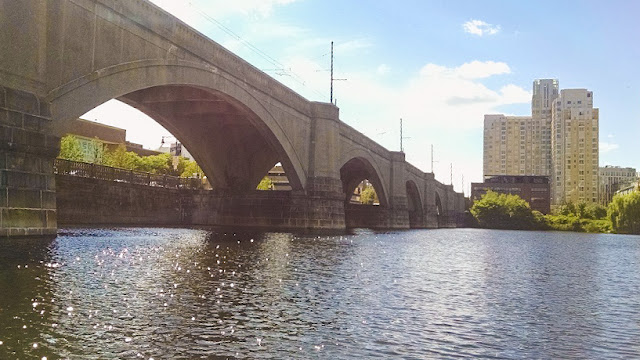 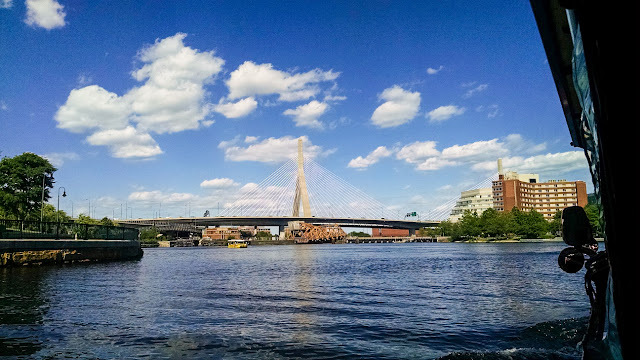 We plunged into the Charles River mostly staying dry. 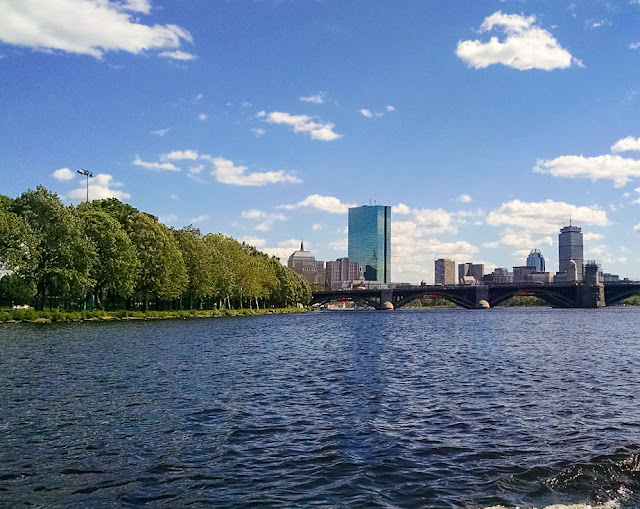 The skyline of downtown Boston from the Charles River looking over the Longfellow Bridge.

Longfellow Bridge is being restored.
Not being acclimated to the big city, we started to be a little wore out by having to keep up the evening rush hour heard, the exhaust fumes and our heads being filled with all this history of Boston and were glad to find a seat on the crowded commuter train back to Littleton.
﻿

Posted by Phaethtofulltime.com at 10:19 AM