I'm going to interrupt our chronological flow to catch up on a few days we spent in Cape Charles, Virginia a week or so ago.

After our trip through the Chesapeake Bay Bridge-Tunnel complex we stopped in the first sizeable town on the south end of the Delmarva Peninsula which is Cape Charles.  The Eastern Shore of Virginia was one of the first areas of Virginia to be colonized but it never developed past an agricultural and fishing area until the 1880's when the railroad pushed a line down the Delmarva to the tip of the peninsula and literally built the town of Cape Charles. 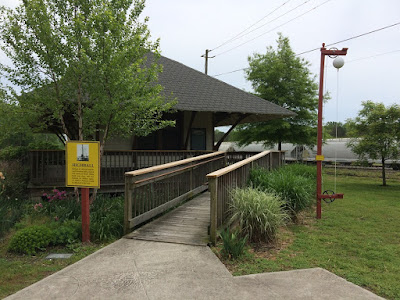 Cape Charles was a "railroad town" like so many towns across the continent that developed because  of the railroads.  To the right of the reconstructed railroad depot, is one of the earliest railroad signals.  Balls were sent up a pole on a rope that would indicate to the engineer how far ahead the tracks were clear.  A ball all the way at the top was a "High Ball" and the tracks were clear all the way to the next station and the engineer knew it was safe to open the throttle which became know as high ballin' . 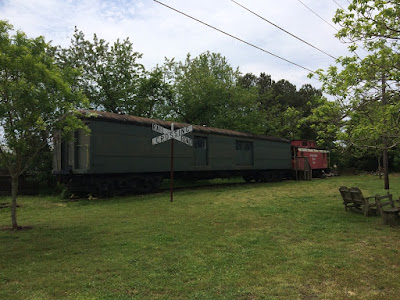 Farmers and fishermen now had a way to get their produce up to the big cities, people in the big cities now had another area of the shore to escape to during the heat of summer and a new industry developed here that would have a huge impact on the towns across the bay, namely Norfolk, Virginia and Chesapeake, Virginia.  Steam boats flourished to carry freight from North Eastern North Carolina and  Southeastern Virginia to the bustling economy of the Northeast and passengers south.
﻿ 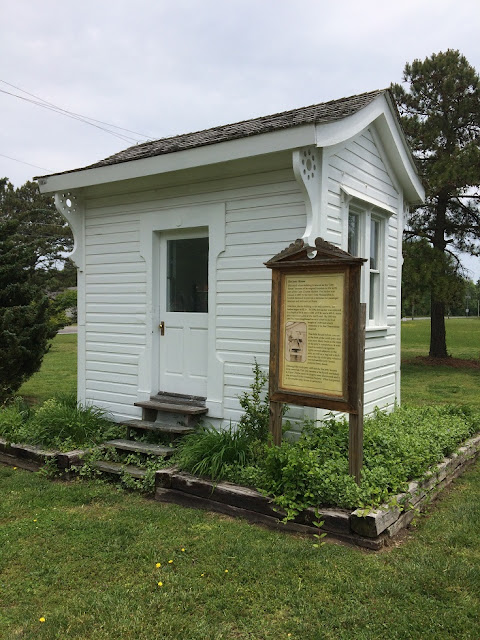 An example of a Jetty House.  This was the first style of "beach house". 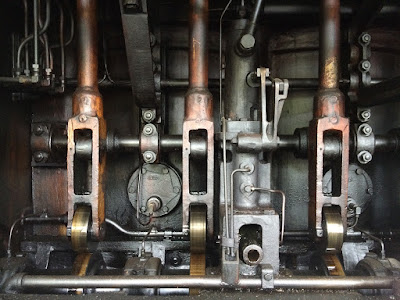 The some of the cams and valve lifters of a huge diesel engine that created the first electricity in Cape Charles. The building that housed this generator was turned into the town's museum. 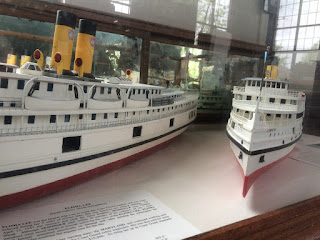 The museum housed many models of the steam ships and barges that plied the Chesapeake Bay from Cape Charles to Norfolk and back. 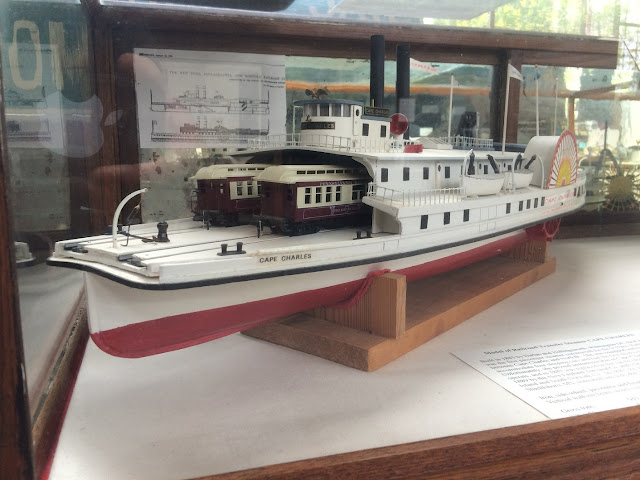 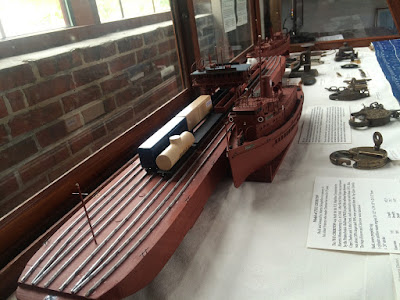 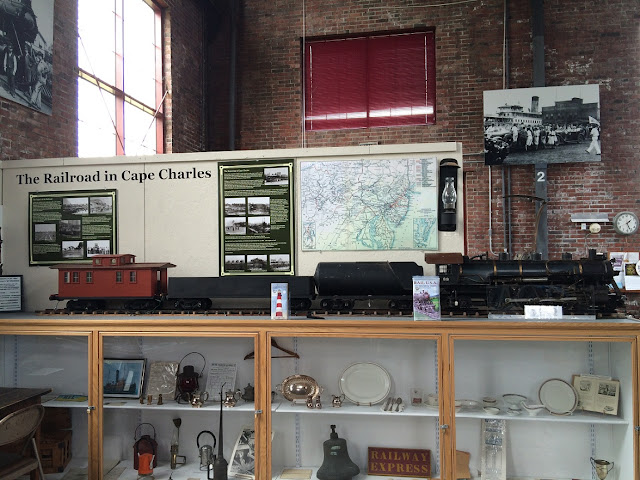 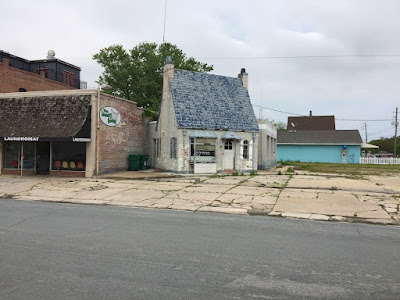 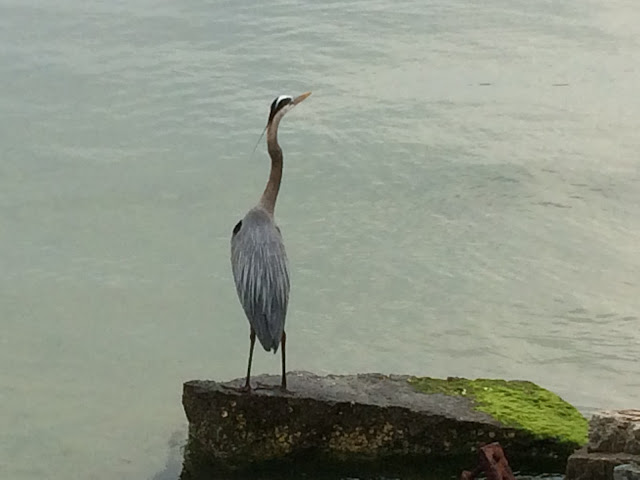 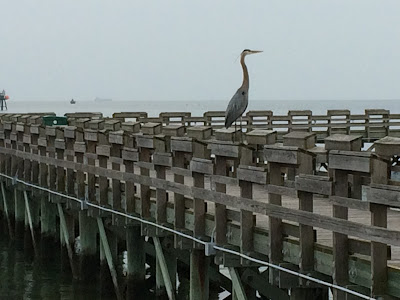 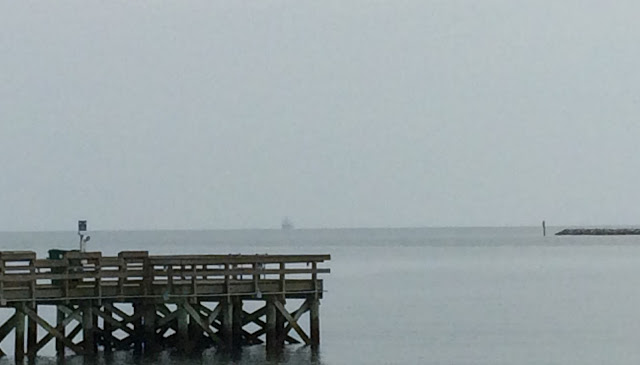 Freighters and tankers continually make their way from the Atlantic, up the Chesapeake, passed the town of Cape Charles to the port of Baltimore.

The town of Cape Charles from the city's pier.  With the construction of the Chesapeake Bay tunnels and bridge in 1964, the railroad and steamship business ceased to exist and the town fell into disrepair.  Recently with the baby boomers retiring, the town has seen new growth and interest as a sea side community. 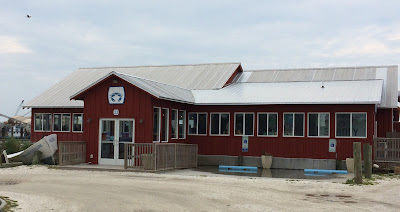 Joanie asked at the museum what was the best place for a seafood dinner.  They said it was the Shanty down by the old docks, across the railroad tracks.  We were not disappointed. 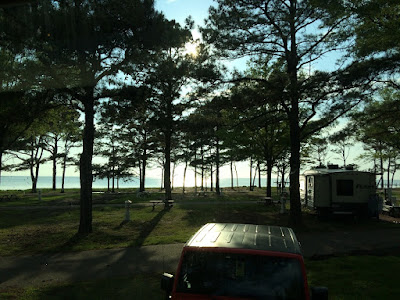 We stayed at Cherrystone RV Park in Cape Charles.  The park was named after the type of clam of the same name. 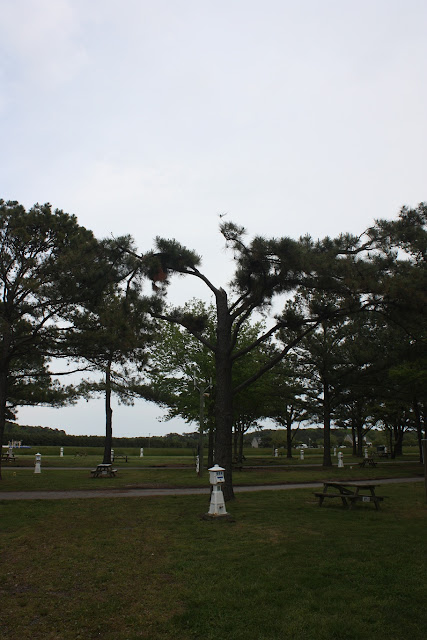 Two years ago in June a water spout came ashore, becoming a tornado at the campground killing a boy and seriously injuring several people, overturning RVs and taking out trees.  This pine tree survived even though it was broke in half.
Posted by Phaethtofulltime.com at 5:28 AM