Looking at the smaller world...

I sometimes stop and take the time to look at God's creation from a micro scale.  If you focus up close you can see some really interesting things that we realize are right under our feet.  If  you get down on their level a new world is revealed. 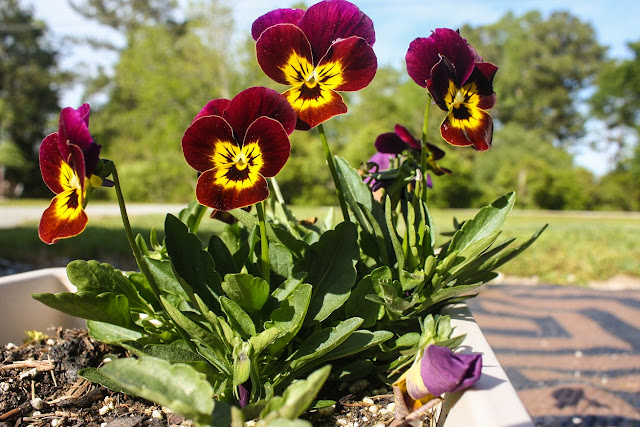 Joanie planted some pansies a month or so ago.  I think I have seen people with these same expressions. 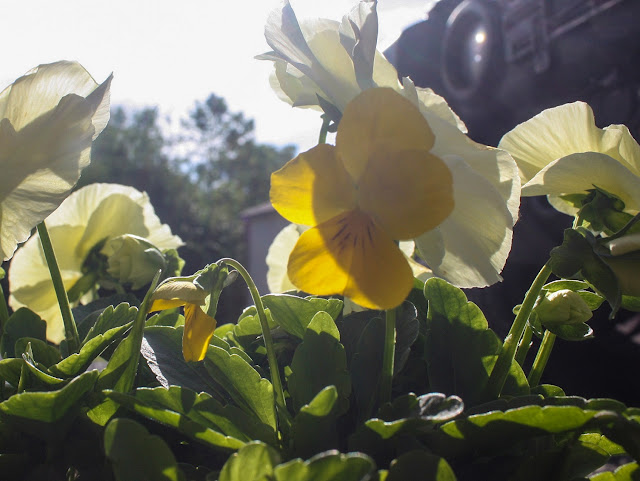 One of the rules of photography I like to break is shooting into the sun especially when capturing images of nature.  You get to see the luminescence of living things. 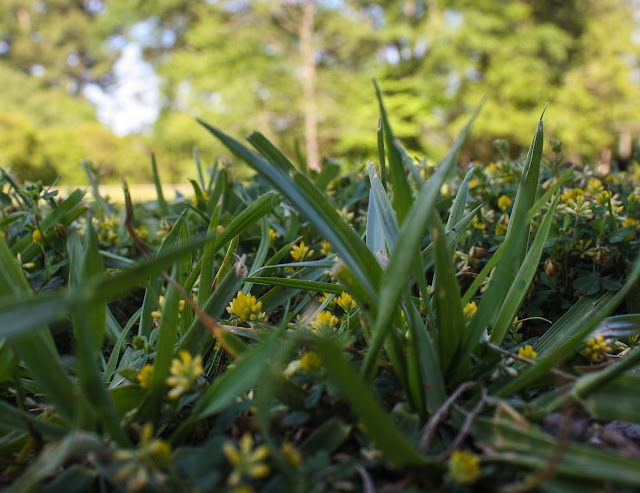 This ground cover plant mixed in with the grass looks as if it has tiny flowers. 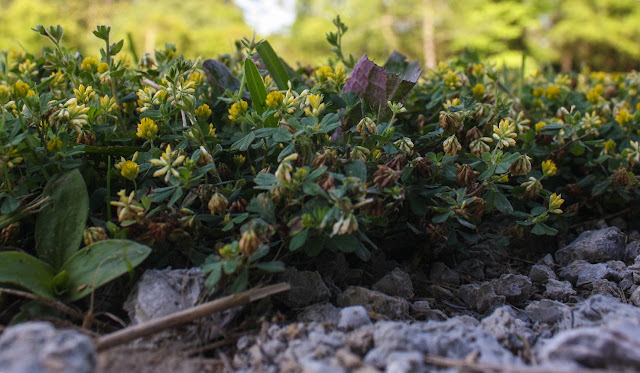 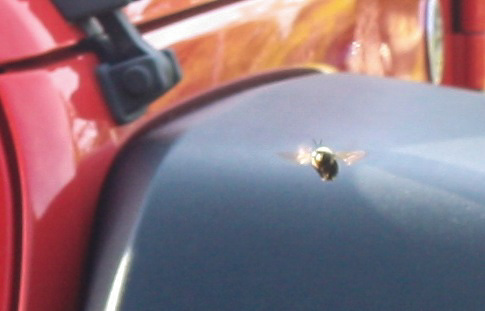 This guy has been hanging around for the last several weeks.  He looks like a giant bumble bee but is a hoverfly. Some of these are excellent mimics of bumblebees but are considered a fly since they only have one set of wings.  I think he likes looking at the pansies.
On another note, Joanie and I have been experiencing some health issues.  I guess it is all part of the aging process.  As I write this, I am waiting to hear back from the doctor's nurse concerning a rash of some kind that may or may not be due to some new medications I started taking and you know of the reaction I had about a month ago.  I have never been allergic to anything but now - boom! 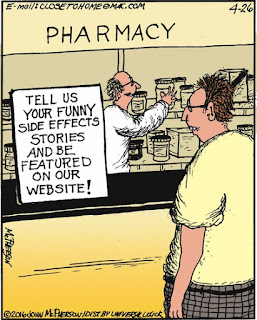 Close to Home by John McPherson.
﻿
Posted by Phaethtofulltime.com at 7:41 AM