Not exactly an adventure... 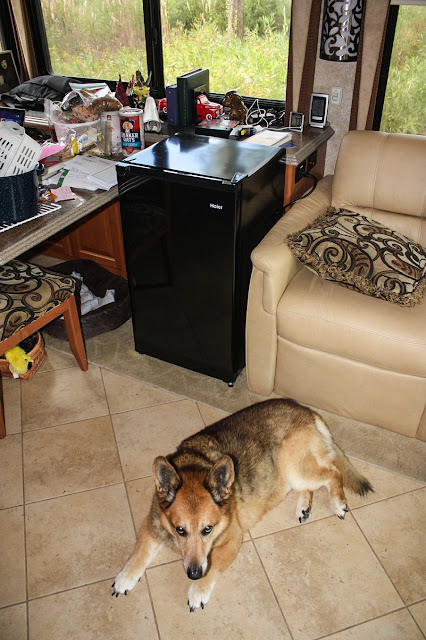 Lobo lays in front of the dorm fridge.  It was taking up one of "his" favorite spots in the coach.
Wednesday, a week ago, I was awakened by the sound of heavy rain pounding on the roof of Phaeth. In the gray, early morning light I peeked out the windows and saw puddles forming around us.  I put on my rain suit and walked Lobo and Juniper who had to be dried off when we came back in, all smelling of "wet dog".﻿
Made coffee, got Joanie up and started to break camp.  There is probably nothing more dispiriting than breaking camp in the pouring rain.  Yuck!
But we were also anticipating an improvement to the way our life style had been for the last 3 weeks.
We had been living without our refrigerator.  Living in less than 360 square feet without our fridge was less than pleasant, to put it mildly.  When the fridge died, we had to do A LOT of cooking very quickly, giving most of it away, then trashing what would soon go bad.  We called an RV repair center here in New Bern who ordered a large, expensive part that would revive the poor dead fridge and scheduled a day to have it repaired which was Wednesday a week ago, in pouring rain.  We drove Phaeth to the RV repair center then waited for a call to tell us of the good news that our fridge was "ALIVE". Now we had to drive back to the campground, in the pouring rain and set up camp, in the pouring rain, walk the dogs in the pouring rain, dry off and crash.
At 8:30 PM we were startled out of our fatigue stupor by the sound of ice falling into the empty ice bucket in the freezer.  Huzzah! And thank you, Lord!  We had our fridge back.
In our small world, small victories are celebrated.
Lobo has his sleeping spot back and the dorm fridge we were using is outside waiting for someone to come and get it and make some use of it.
Posted by Phaethtofulltime.com at 8:55 AM 2 comments:

The river is boiling...

I took these photos this morning.  We are camped on the banks of the Neuse River. A fog hovered over the glassy surface of the water at high tide making the water look like it was ready to boil.  I waited just a few minutes so that objects became a little more defined by the rising sun. 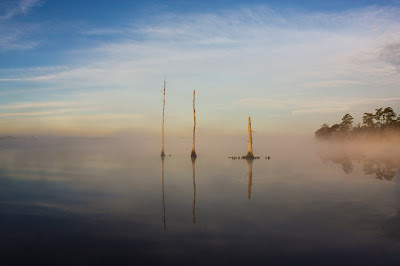 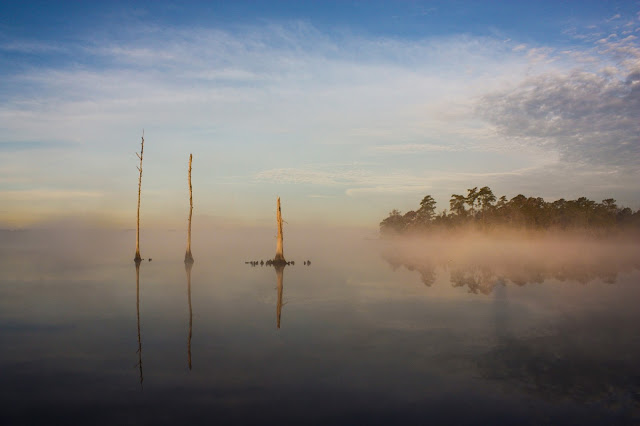 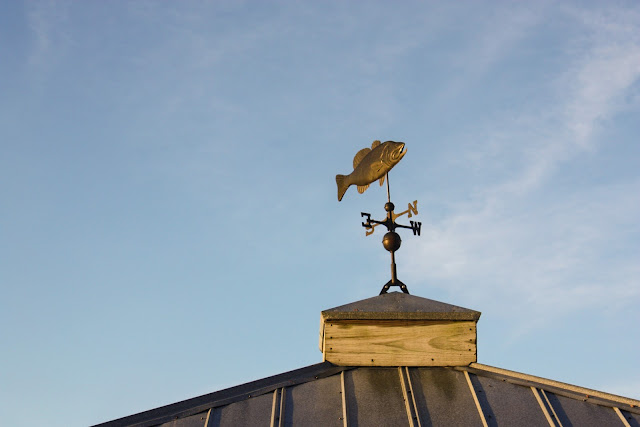 Weather vane over the fishing pier. 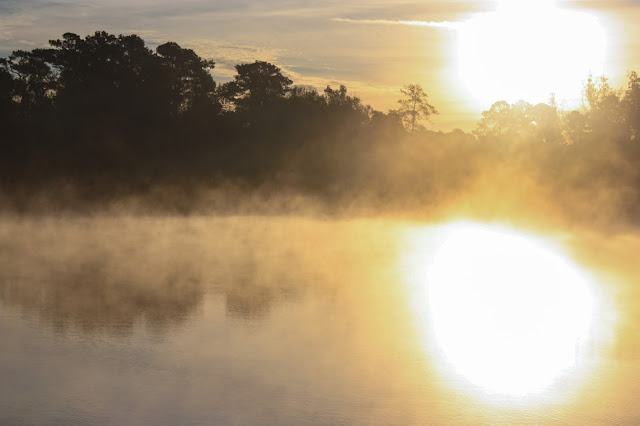 Looking East at the rising sun.  There is a primordial feel to this shot. 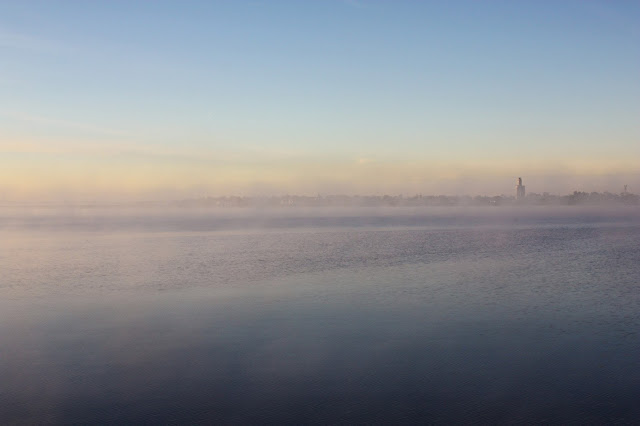 "New Bern in the Mist".  This is the east side of New Bern. You are right; it's not a big town. 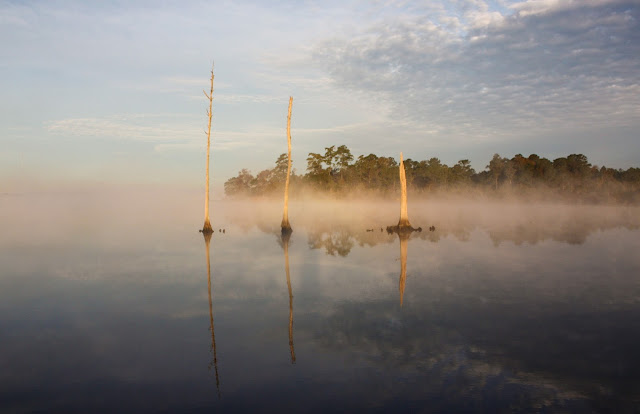 Posted by Phaethtofulltime.com at 8:51 AM No comments:

From where I sit...
The view is pretty nice! 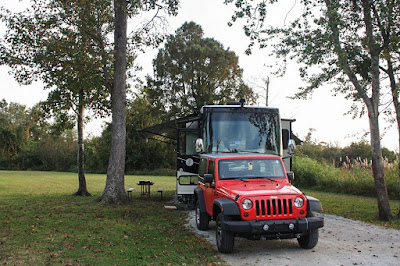 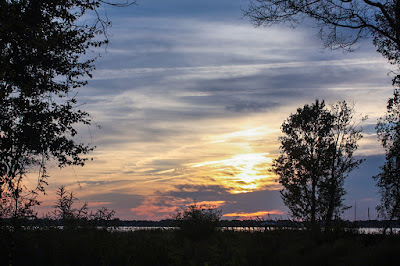 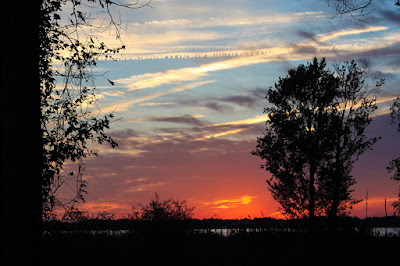 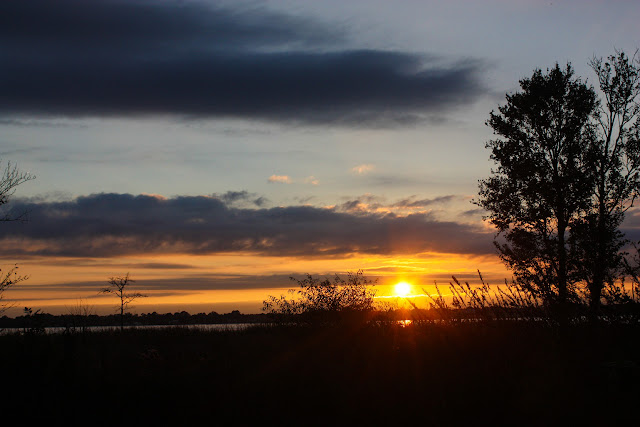 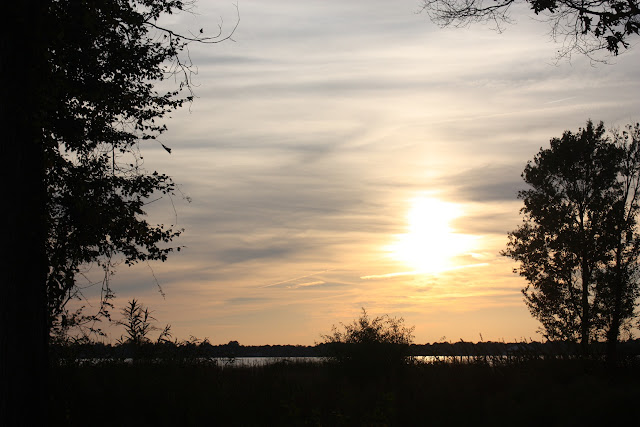 New Bern, North Carolina is only single digits above sea level on the vast flat, open, coastal plain so you would not think that there could be any majestic, awe inspiring views.  However, we have been blessed to have been given the best campsite in the RV park.

My work station looks out the driver side of the coach and I have the best views and get to see gorgeous sunsets! I look across the marsh grass from the Bridgeton community to see New Bern on the other side of the river.   The Neuse River is almost a mile wide at this point.  Another mile southeast the Trent River joins it to be almost a mile and a half wide. Farther down you can take a ferry ride from Cherry Point to Minnesott Beach.  Drive father southeast and you can take ferries to the Outer Banks.

Geese are plentiful this time of year and their honking, low flyovers drown out the mocking birds and the tapping of the red headed wood peckers.

Our work and RV adventures are keeping us busy.  I will tell you about some that in a later post.

Another adventure in RVing...

Thursday morning I awoke to the secondary level alarm (the bathroom door. The "primary" is on the auto level control pad).  The bathroom door was closing by itself - we were no longer level!  As soon as I had my shoes on, walked the dogs, said my morning prayers and made coffee, I checked our situation.  I found the left rear leveling jack along with the jack pad under it had sunk into the gravel parking site. 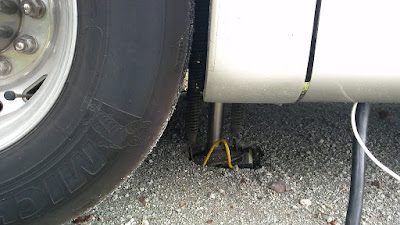 This is what my investigation turned up. Not good! 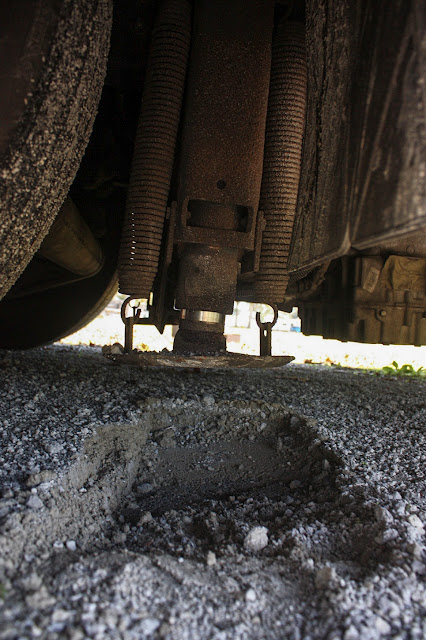 The results of our non-voluntary episode at compacting the parking pad at our camp site.
Fearing that this racked (twisted) the motorhome's chassis, I took action.  I needed to perform a re-level.  Ordinarily you would first pull in the slide out rooms before pulling up the jacks but I could not risk doing that with a twisted chassis frame.  I raised the jacks which put all the weight on the wheels and we felt a bit more secure. I put larger jack pads under the rear jacks and hit the auto level button. A kind of earth quake shudder went through Phaeth as the larger pads made of lumber broke in half and also descended in to the growing sink hole. 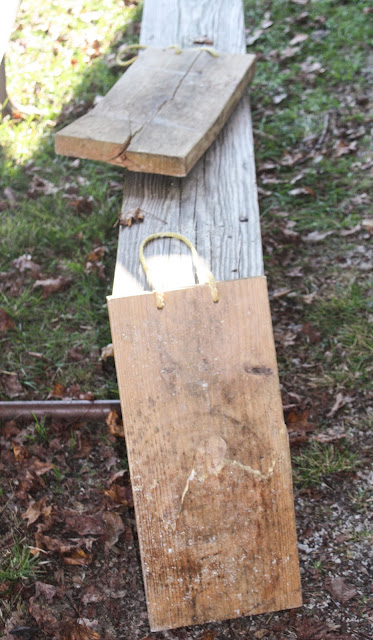 My poor fractured 2 x 10 jack pads.  I will have to go to Lowes or Home Depot and make new ones.


Images of aerial photos of famous Florida sink holes flashed through my head so I made a sort-of-emergency call to the campground office. They were very apologetic and said they would send out the maintenance man who, after viewing the situation, called the head maintenance man, who gave orders for the maintenance man to get two 2 x 10 by 8 foot long planks and a tractor load of gravel.

The planks were new, pressure treated pieces of lumber with a very high water content which would resist breaking. Once they were positioned under the jacks I hit the re-level button. The new timbers bent but did not break. 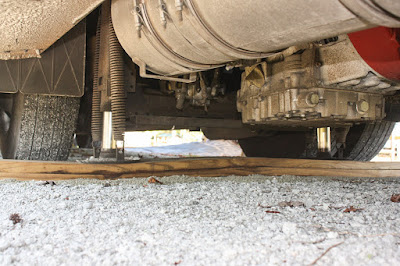 The rear axel is carrying about 22,000 plus pounds (11 tons), so the jack points are pressing down at close to 11,000 lbs. each but the weight is spread out over 8 square feet.  The expressions on the faces of the maintenance workers said it all when they saw their timbers bend under the load.

Upon questioning the maintenance workers, we found out that the parking site we were assigned had recently been enlarged to accommodate larger RV's and we were the first "big rig" to make use of it.  The gravel on the enlarged part had never been compacted.  They had expected the RVs using it would do all the compacting work for them.   They had substantially underestimated the weight of a motorhome!