I dug out one of our space heaters out of the basement (storage under the floor) a couple of days ago because the night time temperatures have dropped into the 50's and last night in to the 40's. The sunny time temperatures are not like summer anymore.  Today we will be lucky to hit 70.  It was about a week ago that we quit with the air conditioner and switched over to the heat pump all in one day.  It's like somebody threw the switch from summer to autumn.

The trees have been turning for a week or so now.  Nothing to take photos of yet because they have been in a late summer, now early fall drought up here in this part of the country.  The meteorologists are saying it may not be a good leaf-peeper season this year.

We went to see Kaylee play soccer yesterday.  Even I had on long sleeves and have put my shorts away for long pants as the breeze was out of the north, the air clear and dry, so while the sun was bright, we did not break a sweat. 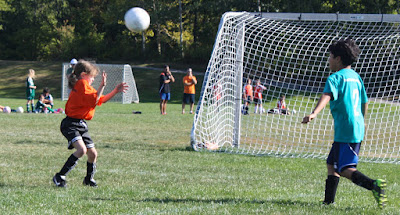 Kaylee playing defense﻿. She got this right in the face and had to go out.  She's tough and was back in the game a short time later giving them what-for!

Oh, yes, the fall weather reminded us to go get our flu shots.  Us folks over 65 get a double dose of the inoculation which probably explains my aches and lethargy today (over and above my normal, "old folks" aches and pains.

Mark Twain said that "Travel is fatal to prejudice, bigotry, and narrow-mindedness, and many of our people need it sorely on these accounts."  I believe that because we meet so many different people from different parts of the world and realize how much we all have in common. We see so many different things.

So let me bore you with this little story:  It is not much of a story, just something I witnessed.

The campground has a couple of log cabins adjacent to our camp site.  We can see the cabins out the window where my computer station resides.  One morning I looked up from perusing my usual morning internet junk to see a man come out of the cabin, open a plastic storage bin and remove what looked like a half of a large clam shell.  He put something into the shell and proceeded to light it with one of those long bar-be-cue propane lighters.  He blew on it several times until smoke wafted from it.  It may have been some kind of dry moss that was burning.  He took it to a clearing next to the cabin and discerned the points of the compass.  He extended the smoking offering to each point of the compass, to the sun and bending over brought the shell to the ground and made several circular motions.  Once again up right he held the shell in one hand and with the other brought the smoke up to himself as if it were water over his head. 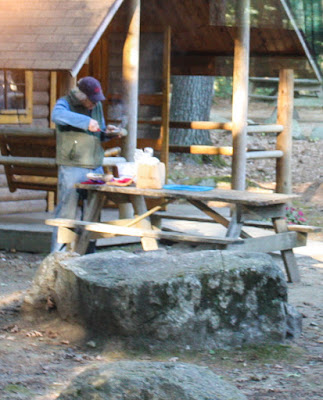 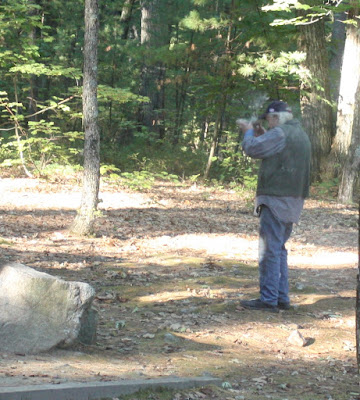 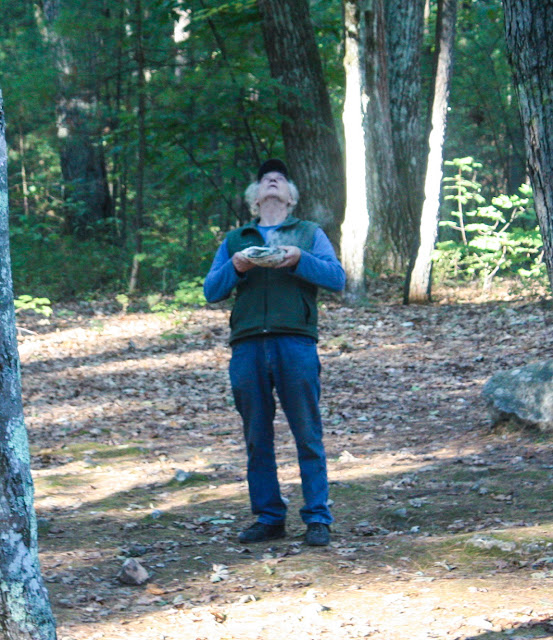 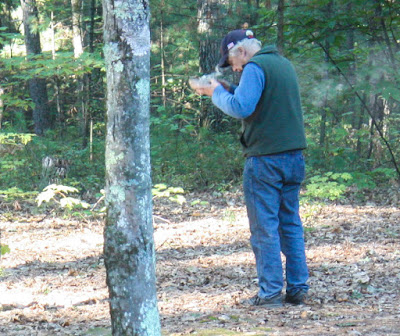 They did this on two days, September 21 and 22, which, by the way was the autumnal equinox. They packed up their things and drove away, so I don 't know if this was a daily ritual or they performed it just for the season.  I did not want to intrude on their privacy, so I did not talk to them.  They did not look like itinerant workmen or contractors which we see often in campgrounds.  They remain to me a mystery.


Posted by Phaethtofulltime.com at 9:58 AM