Just a few minutes from our campsite is the Fruitlands Museum which was founded in 1914 by Clara Endicott Sears to preserve some of New England's history and culture.  Sears, a wealthy Bostonian, purchased a farm near the town of Harvard which was the site of Bronson Alcott's failed utopian experiment in 1843.  Bronson Alcott was the father of Louisa May Alcott who wrote Little Women.

The museum includes the Alcott farm house, a Shaker Museum, a Native American museum and museum that houses the second largest collection of the Hudson River School of American landscape paintings in the country. Unfortunately, this last museum was installing a new show and was not open to us at the time we visited. 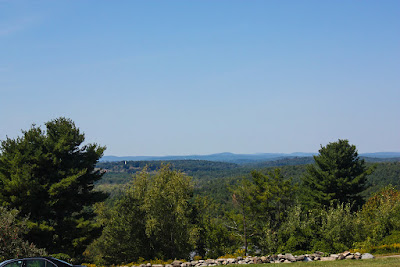 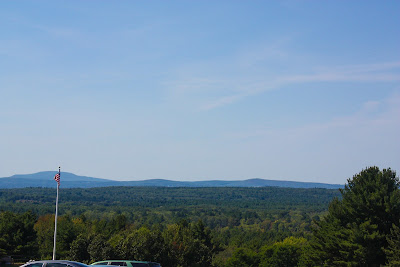 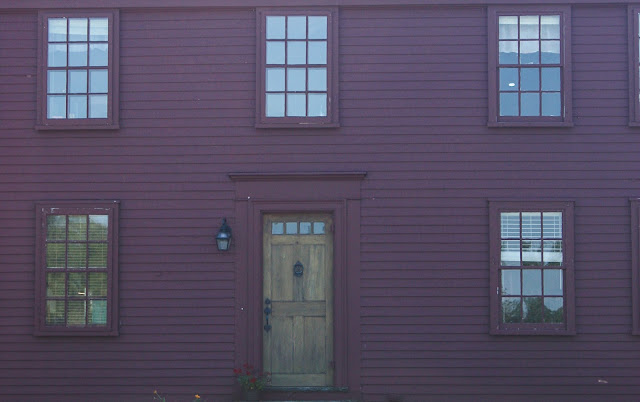 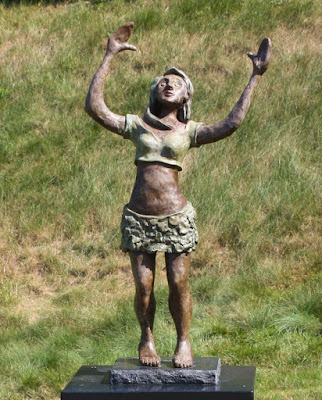 Outdoor sculptures are located throughout the grounds. 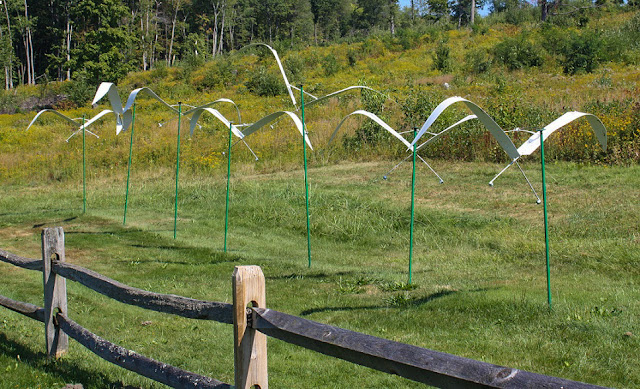 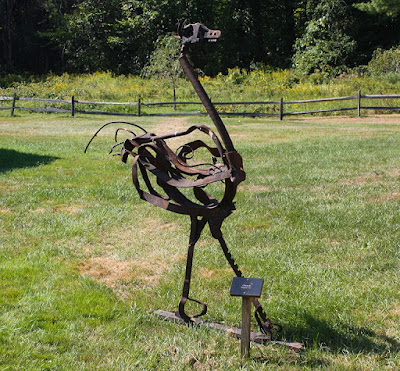 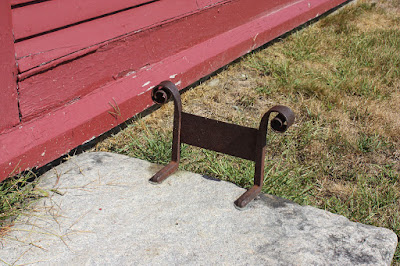 The Museum gets its name from the Transcendentalist's movement "to live off the fruits of the land", an austere, rural concept carried to an extreme by Bronson Alcott and Charles Lane in 1843 when they moved their families and followers to this part of Massachusetts. 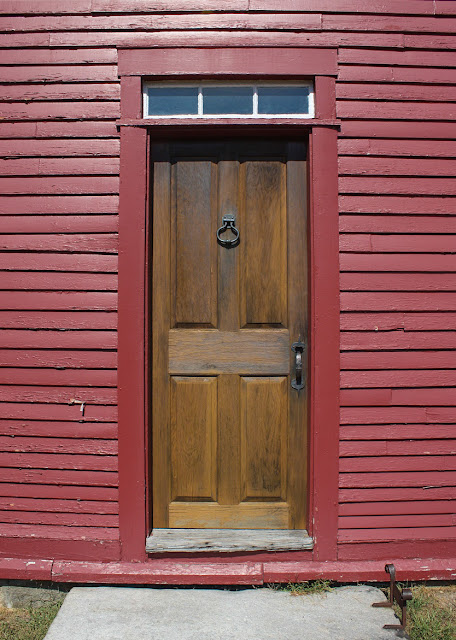 The house was built in 1820 by Samuel Sprague.  Alcott and Lane purchased the farm in June of 1843. 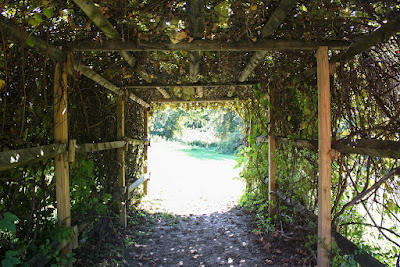 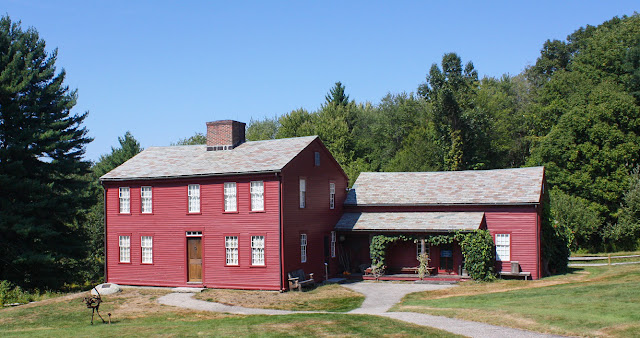 Alcott's principles got in the way of his common sense.  They were extreme vegans who did not know much about farming.  (One member was expelled for eating a piece of fish). They arrived too late in the season to plant vegetables and grains to live on or to trade.  Because they did not eat fish, dairy, meat, they came close to starving to death.  They only wore linen since they boycotted cotton because of slavery and believed wool was "stealing" from sheep.  So by winter they were about freezing to death. Within 6 months they had to leave as they defaulted on their mortgage.  Louisa May wrote about their sojourn in Transcendental Wild Oats.
﻿ 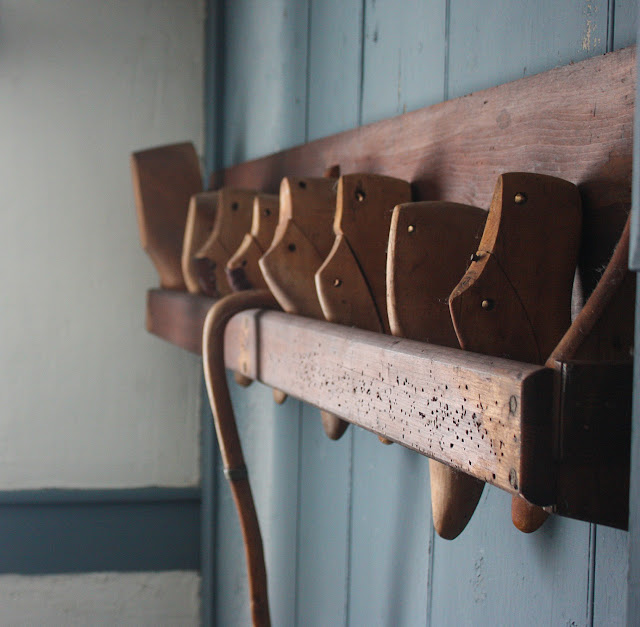 In 1920 Sears moved a Shaker Trustee Office building from the Harvard, Massachusetts Shaker community to its current sight for the purpose of preserving some of the Shaker culture that had flourished near by. It was the first museum established for this purpose.  The utilitarian Shaker style is celebrated and highly valued to this day for it's cleanness of form.
In the mid 19th Century, the religious sect called Shakers were influential in pushing for the abolition of slavery in America.  They formed religious communities similar to the Amish that would be self supporting.  One of those communities was located near the town of Harvard, Massachusetts. Many of their buildings still stand. 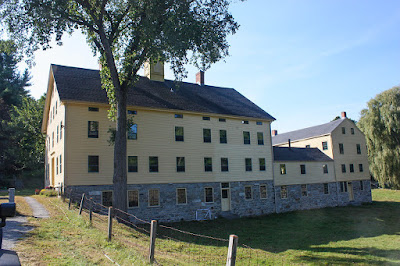 1830 Dwelling House. Of course there are no Shakers living here anymore.  It looks like the building is now apartments.  The integrity of the exterior has been maintained. 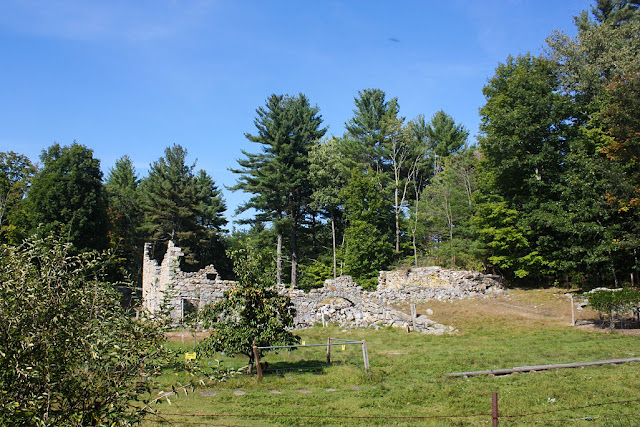 Remains of the stone barn built in 1835. Structural problems lead to the buildings collapse.

A llama came out of the ruins to see what I was doing there. 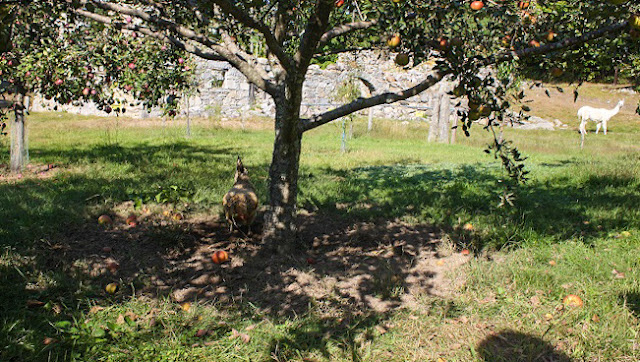 Chickens ranged about under the trees of a small apple orchard. 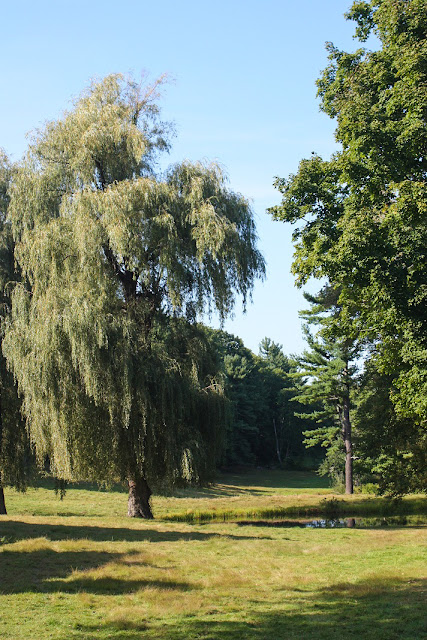 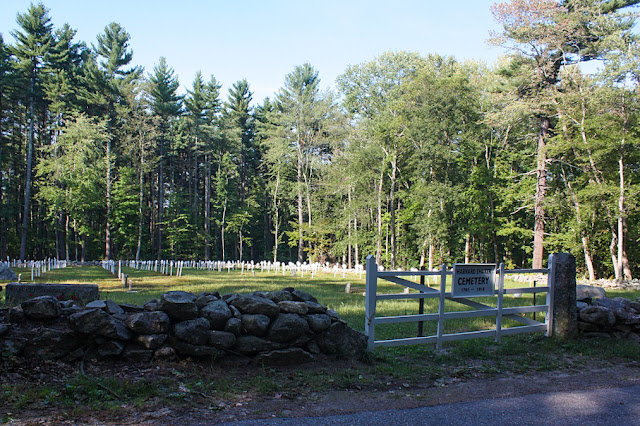 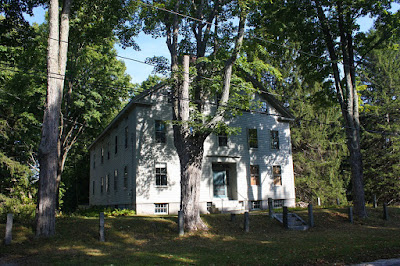 The New Office.  Built in 1841, the sisters retailed their fine ware and crafts from the first floor of this building which also housed leaders of the community.
﻿ 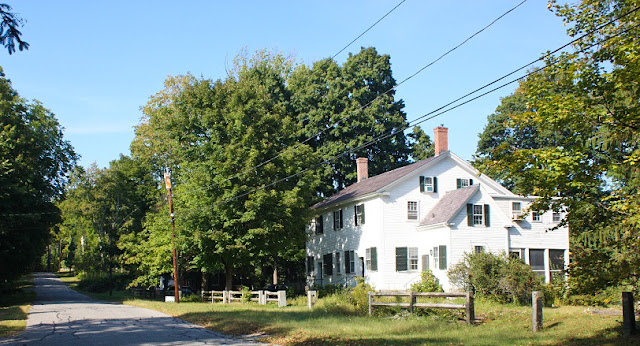 The Meeting House.  This is where they worshiped. Men entered at one side of the building and women entered at the other. All Shakers are celibate and the sexes are kept separate but equal. Unlike the Amish who marry and have children, the Shakers movement was, because of this practice, doomed to die out although they did take in orphan children or already married men and women brought children with them into the community. 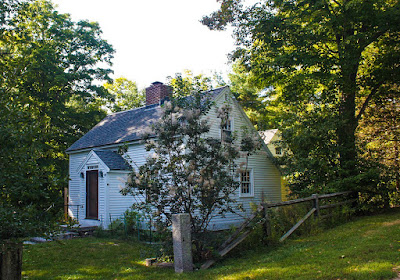 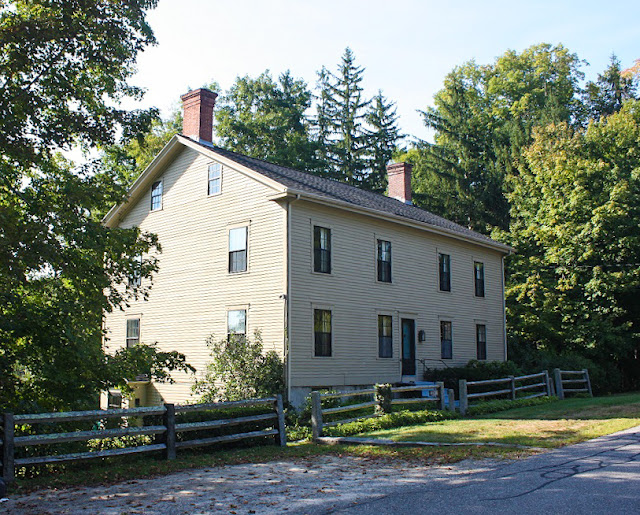 The Second House, so named because it was the second to be built in the community in 1795.
﻿ 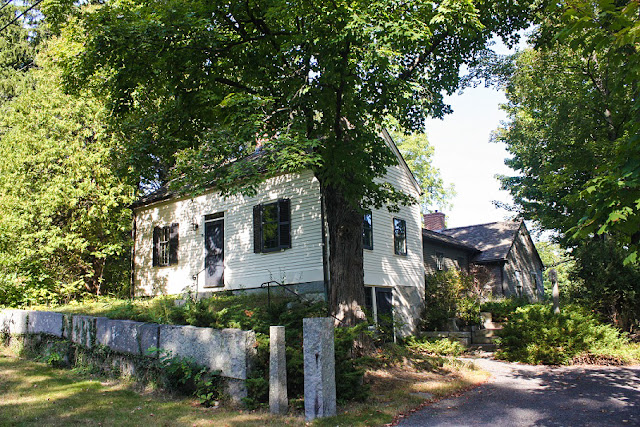 The Tailor's Shop. Built around 1800.
It is sad that all of the buildings in the old community are now private homes. It would be wonderful to see all the community restored to what it was in the early to mid 19th century and see how the Shakers lived.
Posted by Phaethtofulltime.com at 11:51 AM