Exploring ...
One of the things we like to do is reconnoiter.  We never seem to tire of this activity probably because we are always in a new place.
Many decades ago I enjoyed the exploits of a journalist by the name of Charles Kuralt  who worked for CBS News.  I especially liked his "On the Road" series.  Kuralt was a wordsmith with a distinctive human slant.  He traveled throughout our country encountering people and places and reporting on what would seem to be mundane but was really quite noble.  I thought Kuralt had the best job on TV.  Now I get to do something like it.
While in Westfield, New York on one particular trip of exploration we discovered the country around Lake Chautauqua.  There are small Amish communities among the farms in that part of western New York.  There are small towns that time has not touched much.  Our reconnoiters are sort of "time travels" or as close as we can get to it. 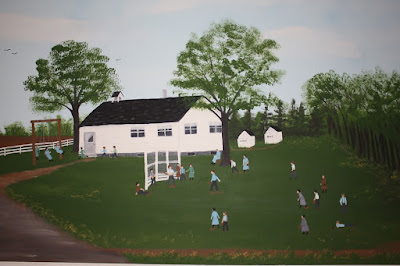 We were driving through a rural Amish community and saw an Amish school with two outhouses, a ball field and kids playing. When stopped in the town of Sherman we went into the only restaurant for lunch and saw this mural on the wall.  It was the school just as we had seen it. 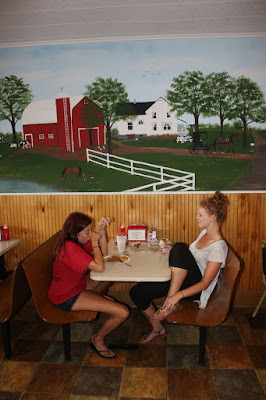 The proprietor told us that it was painted by a local Amish artist who did it one day with no photographs - just out of her head.  Of course the work is not signed; the orthodox Amish, in their practice of humility, do not sign any of their works. 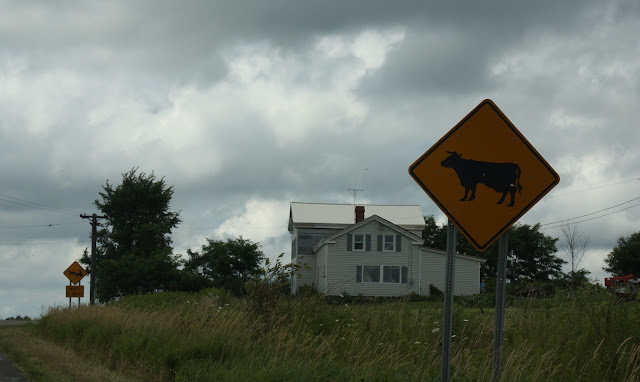 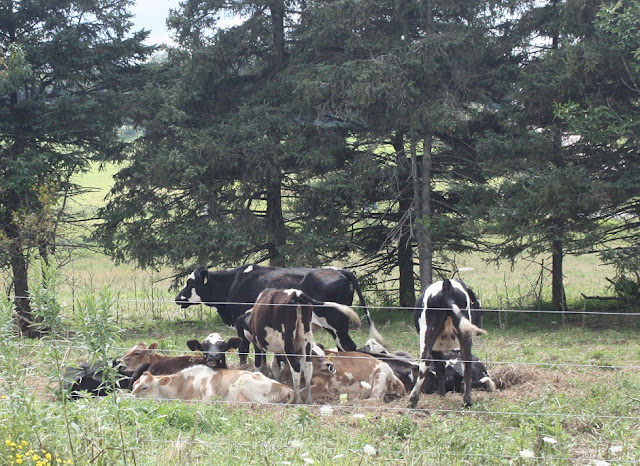 A dairy farmer put his pubescent calves in one small pasture where they played king-on-the-mountain on what was left of a hay bale. 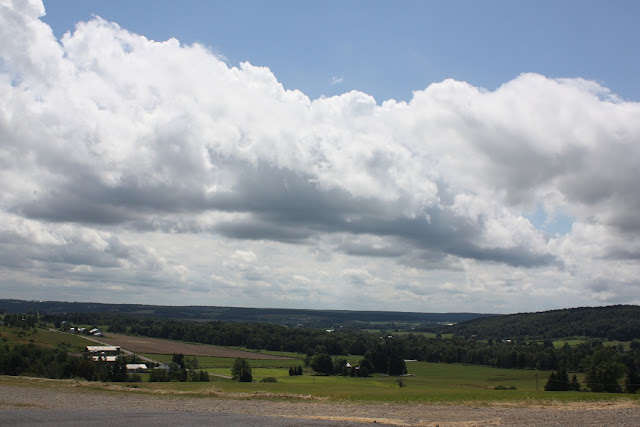 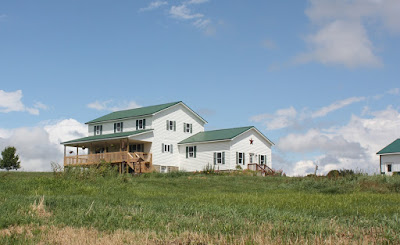 You can tell an Amish farm house from the other farm houses: there is no electric utility line going to it. 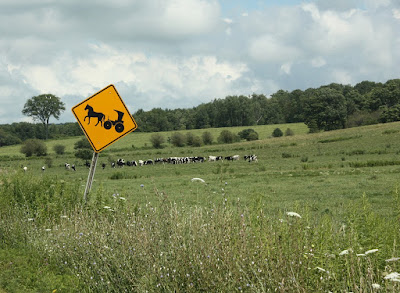 Road signs inform the motorist of possible slow moving Amish conveyances.  Road apples tell you before the signs do. 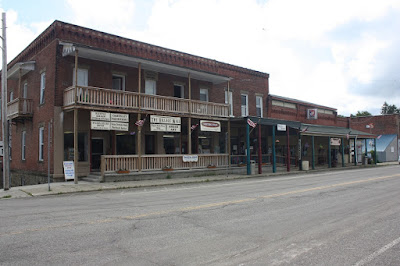 We unexpectedly came to a small town named Sherman, NY.  It has always been a small agricultural center.  There is but one gas station which has the monopoly on petroleum, the lottery, bread and other convenience items.  It has one NAPA auto parts store which it, the gas station and the local pizza/grill are the only businesses open 6 days a week. 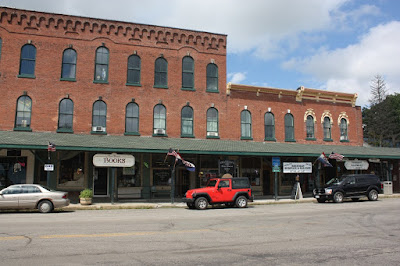 Downtown Sherman, NY.  The pizzeria had old photographs on the wall depicting the town of Sherman from the turn of the last century.  If people from 100 years ago could come back to Sherman today, they would easily recognize it.  The only change is the type of personal conveyance on the street. 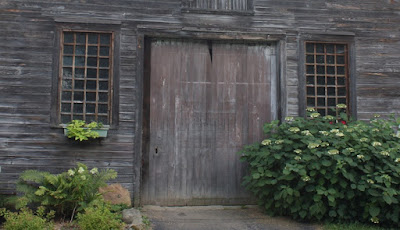 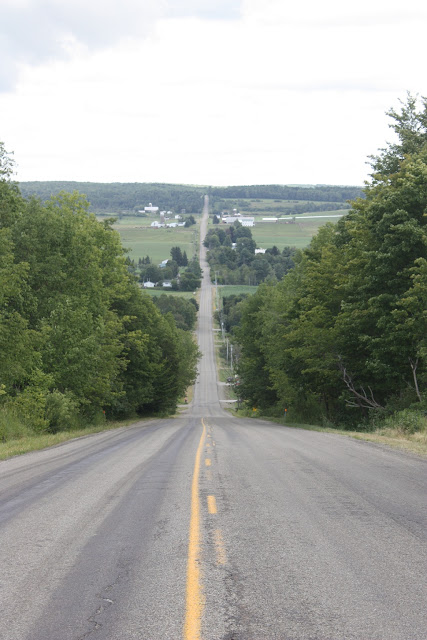 This is the view of a road as it crests a large hill; beautiful in its detail, scary in the realization that in six months the snow will make this road treacherous! 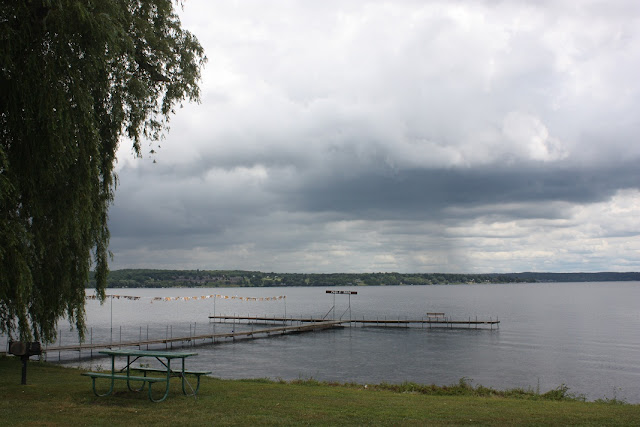 A couple of spotty showers add to the waters of Lake Chautauqua. 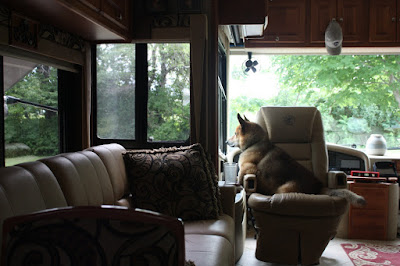 Back at home, Lobo keeps watch.

Posted by Phaethtofulltime.com at 7:08 AM