Our travels continue to enthrall us! The country is beautiful!  From Ohio we have moved east along the southern coast of Lake Erie.  We are in the wine country of western New York.  Vineyards are everywhere.  I guess they are the region's cash crop. 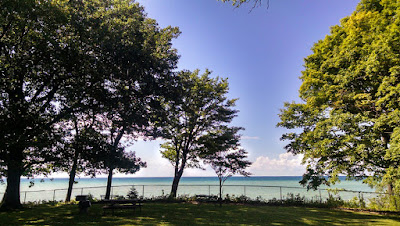 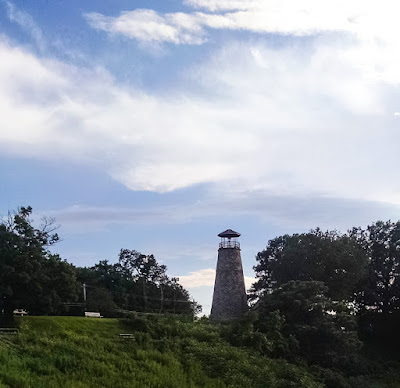 An old light house on a bluff overlooking Lake Erie. 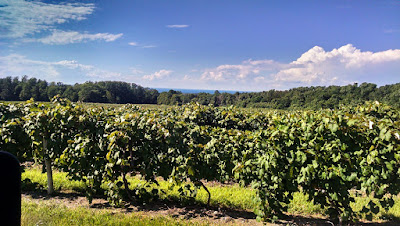 In the distance, over this vineyard, you can see Lake Erie. 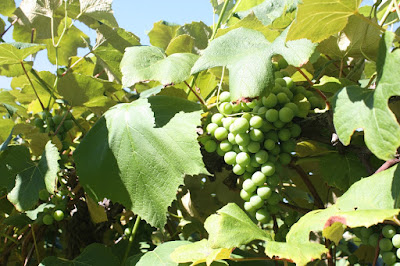 This will some day be a nice dry white wine. 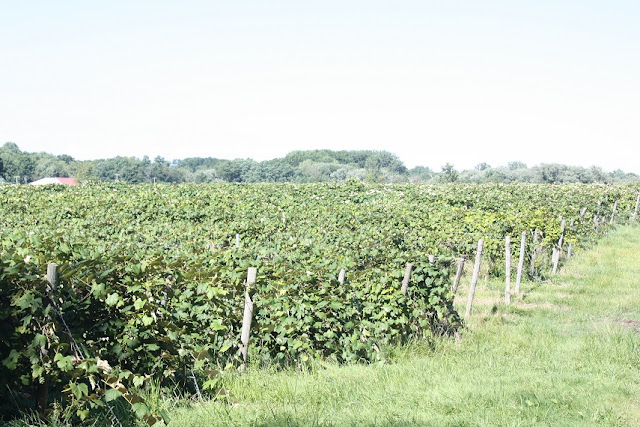 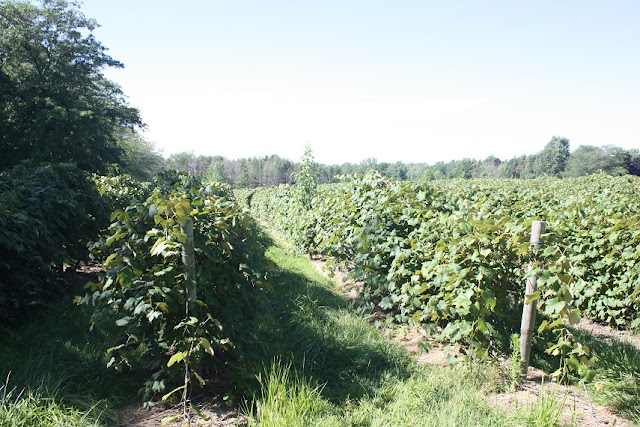 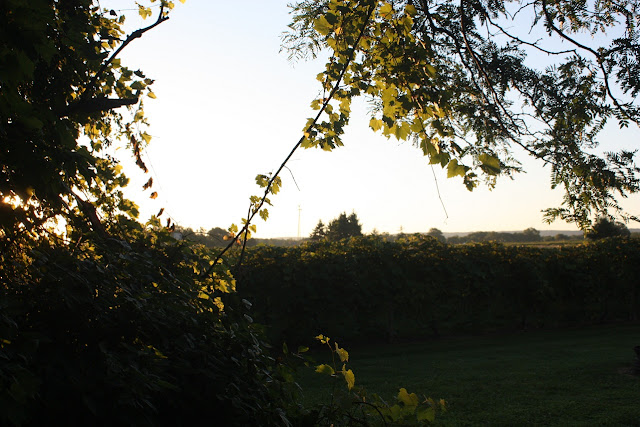 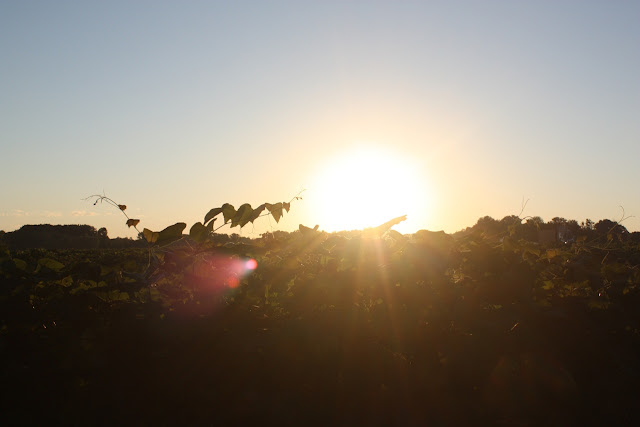 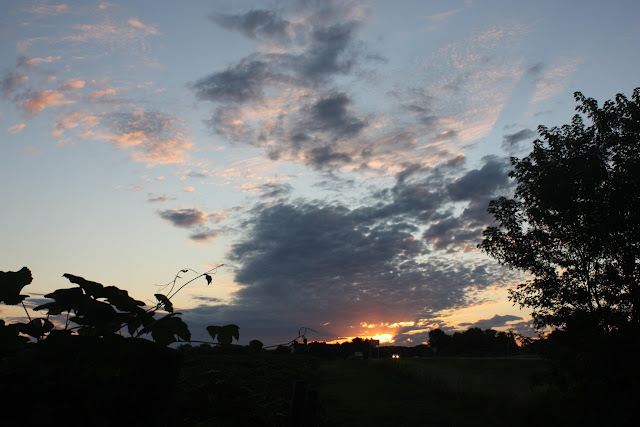 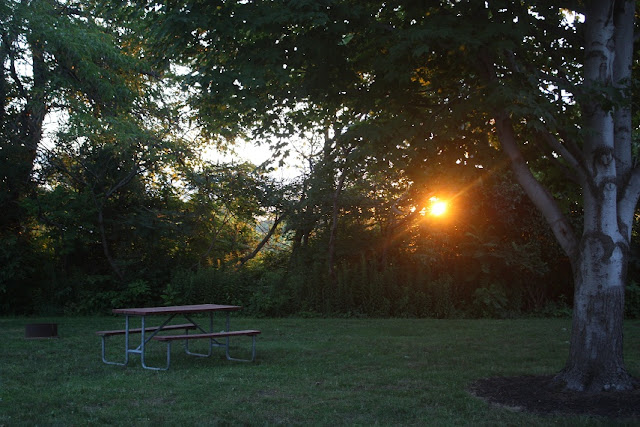 Westfield, NY
We are staying at a KOA off of I-90 (New York Throughway) in the town of Westfield.  Vineyards are nothing new to this town as it was here that Welch's started and the headquarters was here for many years.  Welch's still has a plant here.  Unlike some of the other rust belt towns along the great lakes, Westfield has been able to hold on better than some.  Westfield still has many old buildings that are in need of demolition because they have deteriorated too far.
﻿ 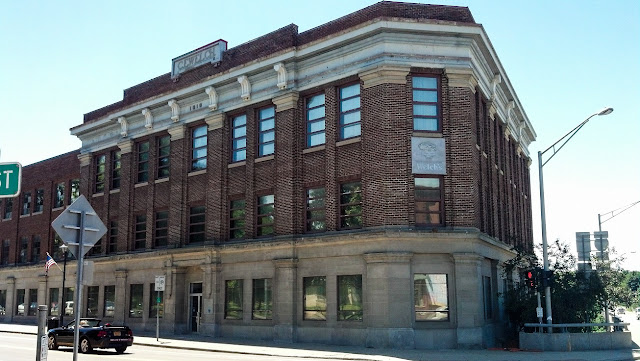 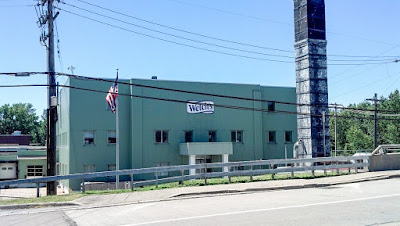 All the grocery stores and even the little convenience stores support their number one employer here-a-bouts with large displays of Welch's products. 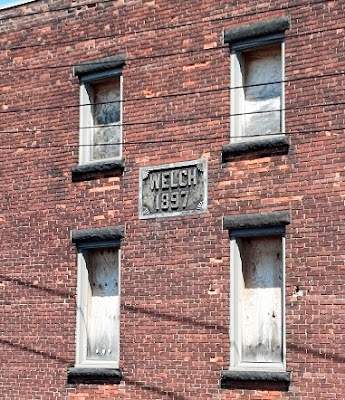 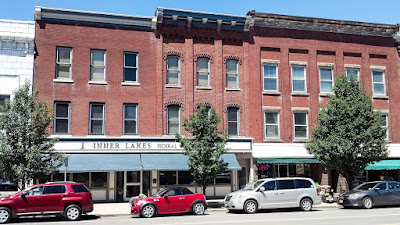 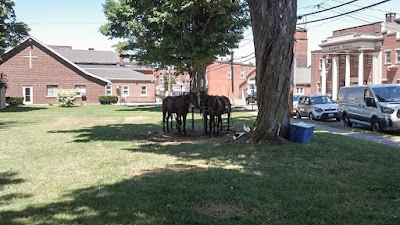 On Saturdays the town square hosts a small craft fair and famer's market.  The Amish show and sell their wares, baked and canned goods and fresh vegetables.  The Amish do not like to have their pictures taken but they don't mind you taking pictures of their carriage horses. 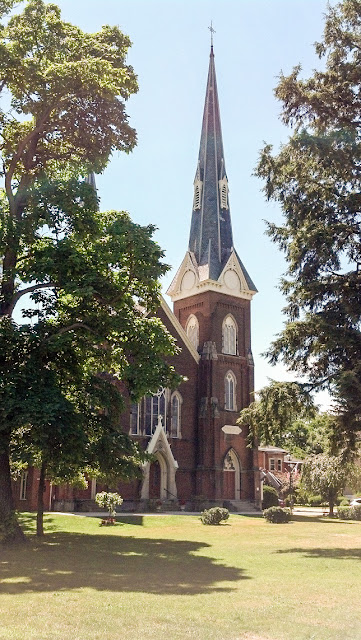 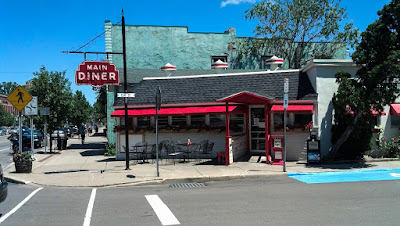 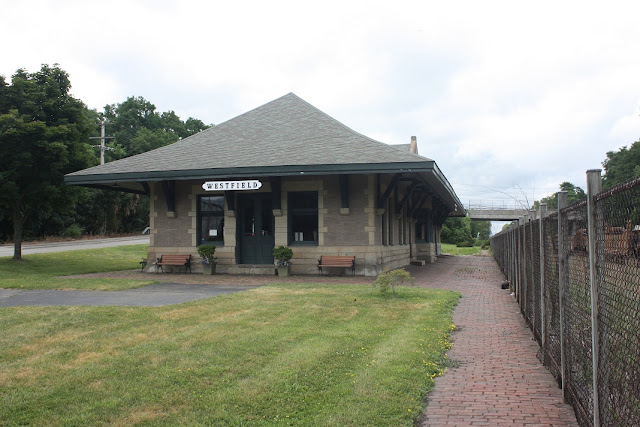 I don't know why but the old Westfield passenger train depot was kept in pristine condition.  It is a great example of early 20th century depot architecture. The building is being used by an artist.
So we are not just in wine country, we are in grape jam country as well.  Gotta go make myself a PB&J sandwich!
﻿

Posted by Phaethtofulltime.com at 12:14 PM