And sometimes it's the people you meet along the way...

A day after we arrived in Westfield at the KOA a fifth wheel pulled in next to us and we had new neighbors.  The RV has seen some miles but it has been handled with care.  A family of four immediately climbed out with enthusiasm.  I noticed something a little different about this family right from the start in the way they set up camp.  This was not the first time they had done this.

The mom directed the dad to drive back on boards to level the rig, The boy, age 10, had his jobs to do, the girl, age 8, also helped. There are a lot of details to setting up a fifth wheel camp and everyone was expected to assist. These children were being raised to handle responsibilities. The boy handled a cordless drill with an expertise that a contractor would possess and brought down the scissor jacks that stabilize the coach. Both helped to spread the patio rug.  In a short time the camp was set up and ready for some new camping adventures.

In the RVing world the ice breaker is usually a dog.  When I took Juniper and Lobo out for their afternoon walk, the kids had to meet them and that is where the conversation began.  We met Erin, gregarious, charming, matriculating third grader, and Cole, her big brother going into 5th grade. 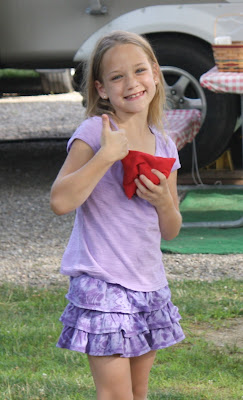 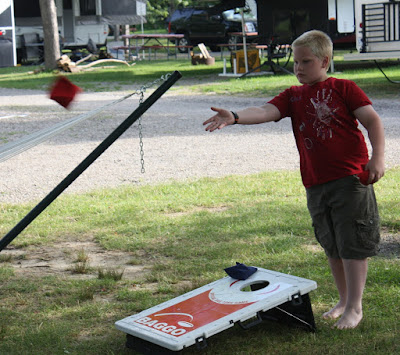 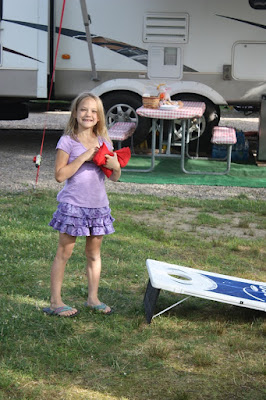 Erin told me all about her cat, her school, her chores and some of the rules of the house and that she will have to learn long division this year. With Erin's help, I envisioned a loving family, a mom and dad doing a superb job raising their children.

In a world where we hear of so much evil, it was refreshing to meet this family.  If I live long enough, I may hear about Erin again someday maybe running for governor.

Joanie and I thought it would be cool to go see Niagara Falls since we were this close.  Joanie had the good idea to go with a tour group since we would have to navigate a place we were not familiar with and the heavy traffic we knew we would also encounter.  We were glad we did.

Our tour guide and bus driver was a tour veteran of 34 years. The other tour guides all knew "Bobby" and he knew them and many of the park people, too.  He spoke to everyone learning something about every member of his tour, usually who was their home football team.  One family was from the Middle East and he spoke to the paternal leader calling him good naturedly "Mohammad" .  Mohammad interpreted for the rest of the family.  I don't know if anyone else caught it, but Bob would insert short biblical phrases in his monologue of the falls, Buffalo, Niagara, Canada and America.

Bob has been doing this so long that many of his friends were the woodland creatures in the park.  Saint Francis move over.  He whistled or called and they came for some cracked corn or cashew nuts. 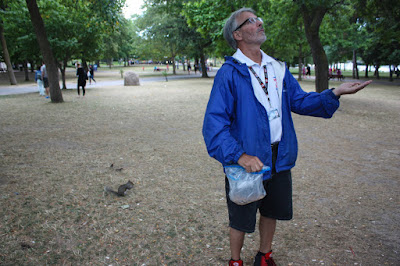 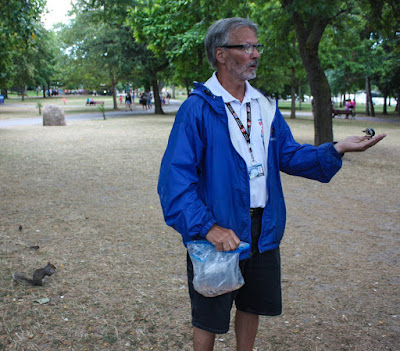 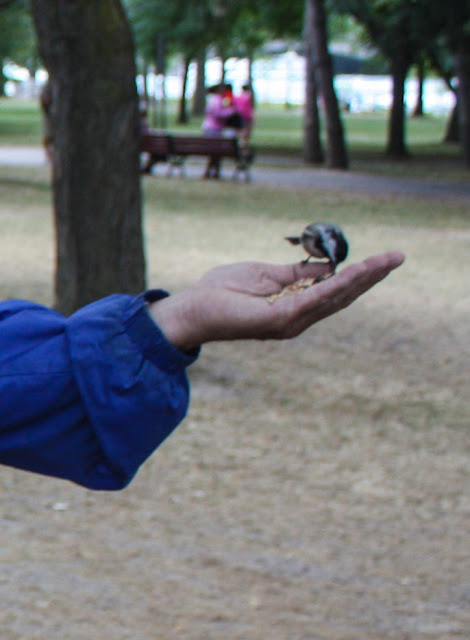 Sometimes it's about the people.﻿

Posted by Phaethtofulltime.com at 4:54 PM