We have been in Southport for about a week and have been busy helping our son and his family a little, doing the usual chores, taking the dogs to the vet, I came down with a sore throat and head cold and Joanie fell and ended up going to the hospital one afternoon.  In between we do get some rest. 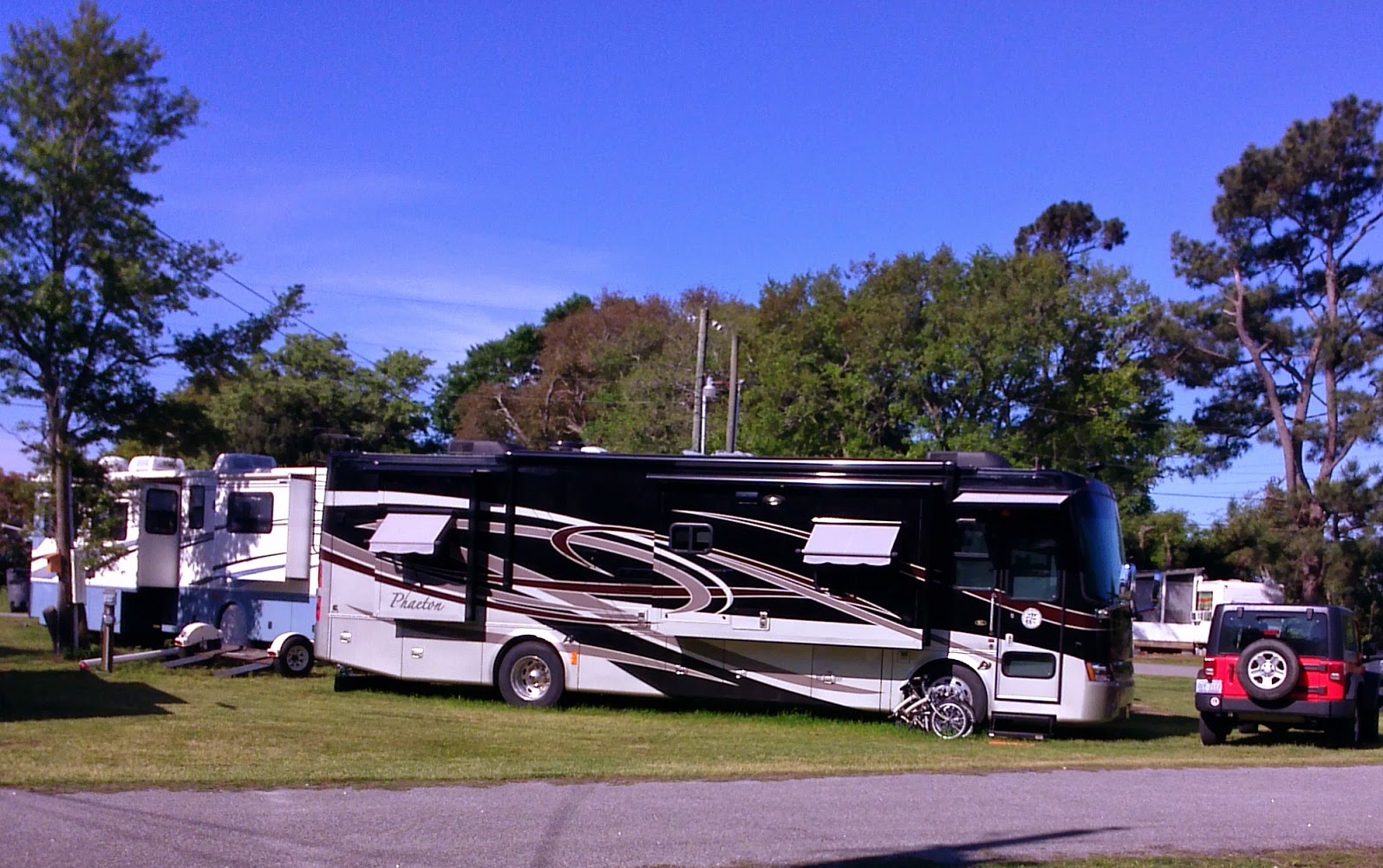 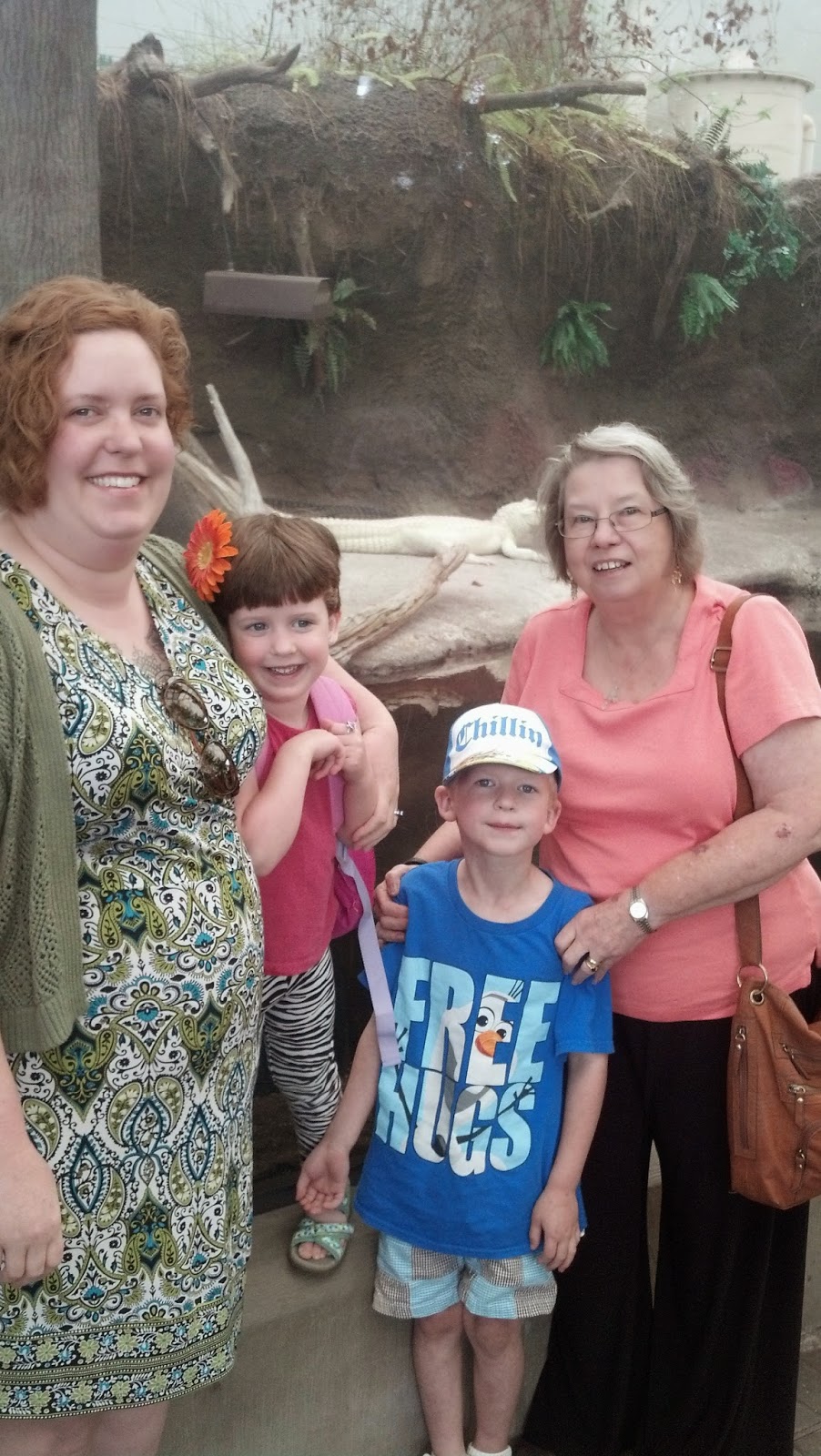 To give our son some time to work on papers and his resume, we took Katie and Deaglan and Emory to the North Carolina Aquarium at Fort Fisher one afternoon. 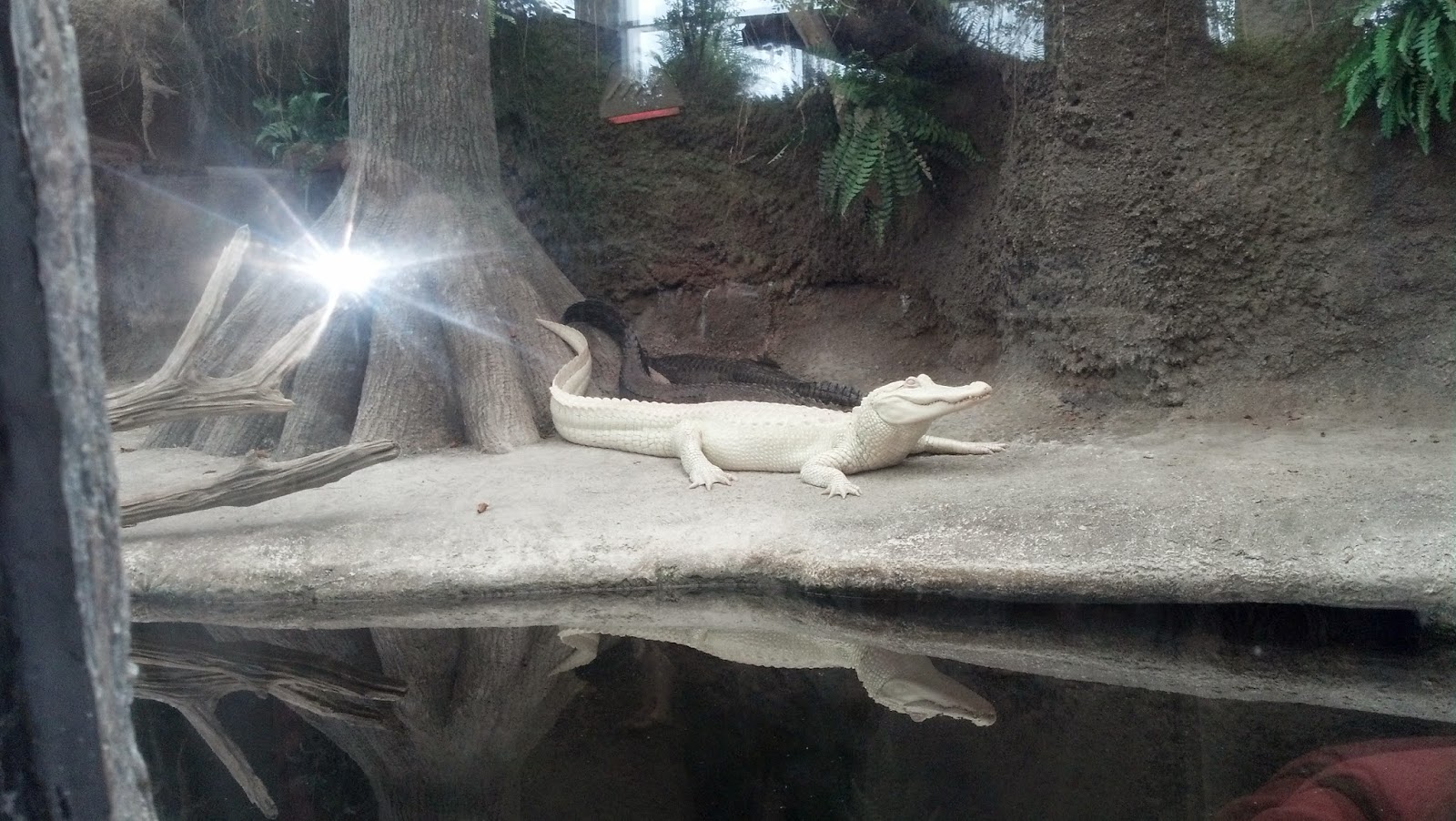 A big attraction at the North Carolina Aquarium at Fort Fisher is the albino alligator.  They use heat lamps to coax the alligators out of the pond so they can be seen.
Great place to see fish! 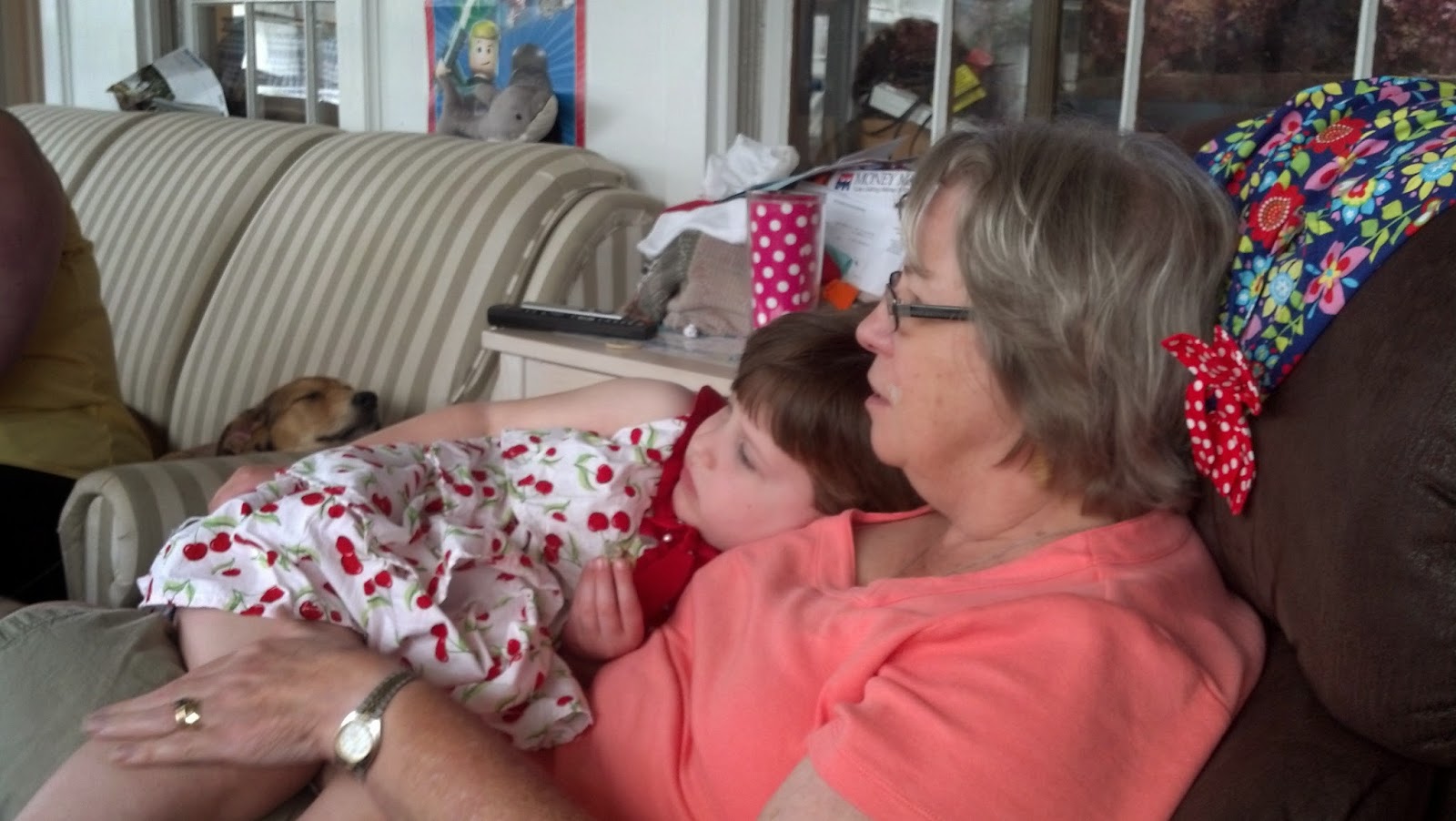 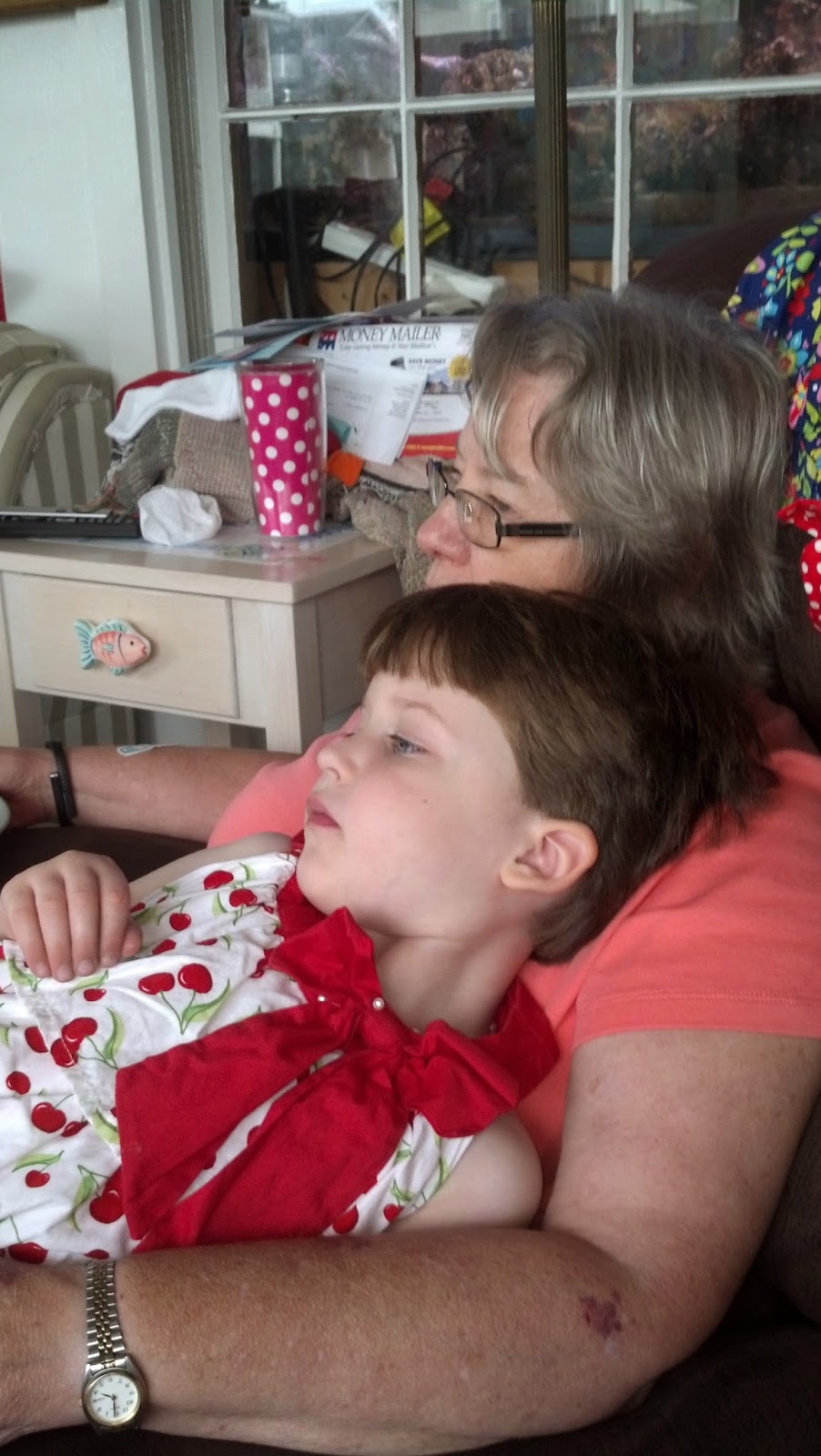 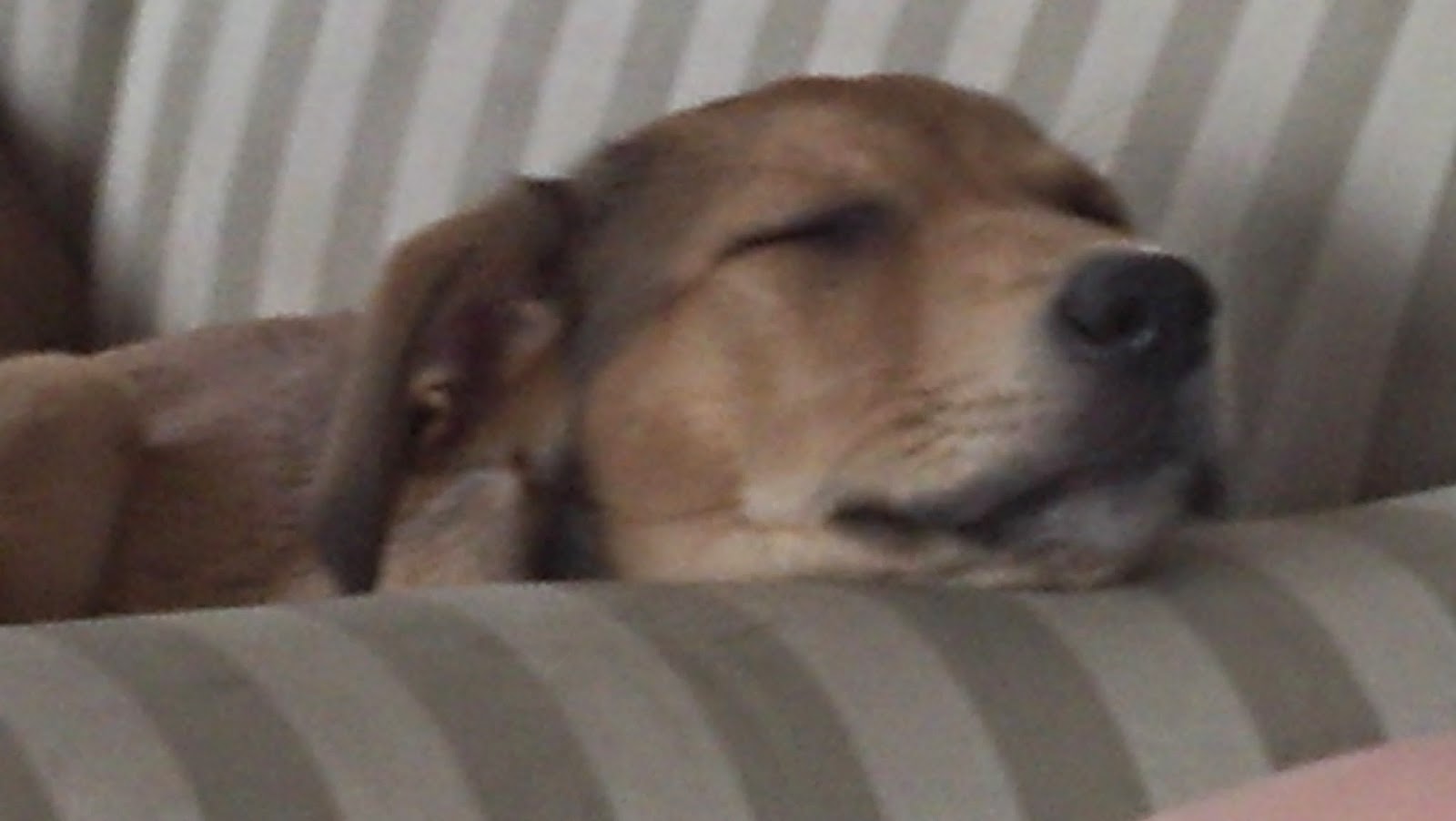 We are parked at the little Oak Island RV Park because the demand for RV camping in Wilmington, NC greatly exceeds the supply.  Someone would do well opening a campground in Wilmington if one could find the real estate to do it.  Land in New Hanover county is grossly overpriced and probably has been since colonial times.  So we take the ferry from Southport to Wilmington for which Hope is charged $5.00 and takes about 40 minutes but we get super gas mileage and I can snooze while we travel. 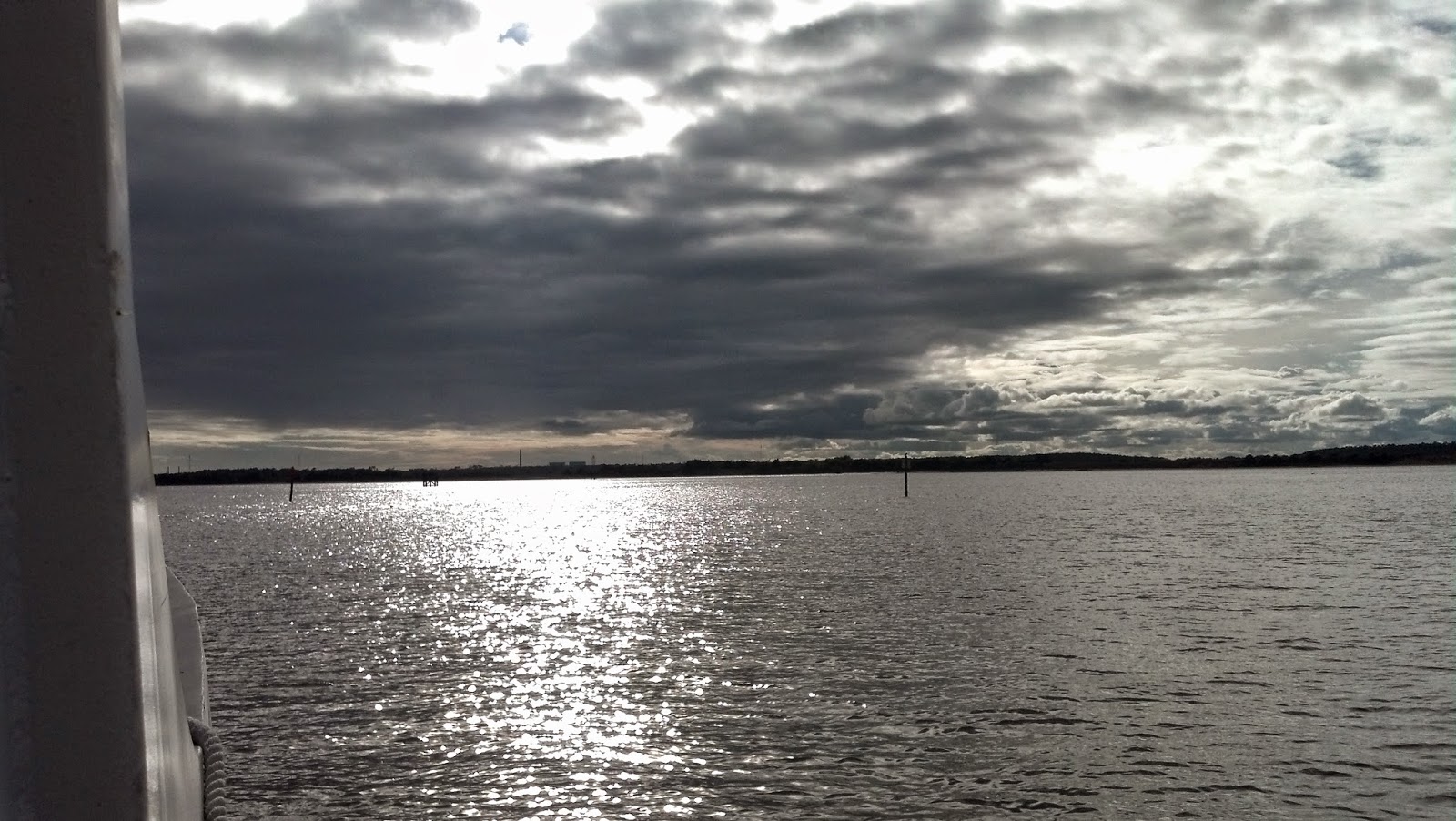 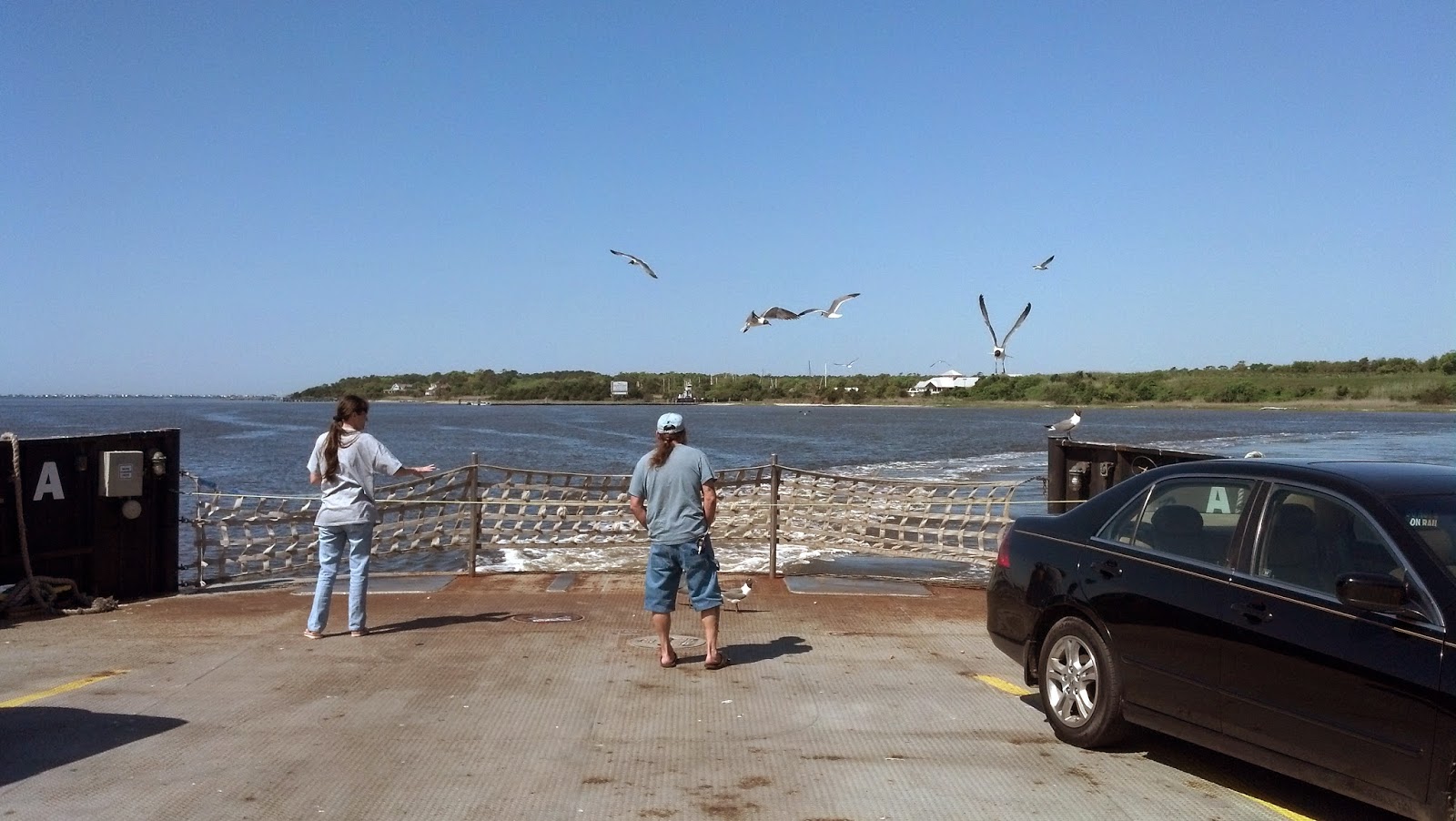 I wish they would educate the ferry clients to NOT FEED the seagulls and other birds for obvious reasons. 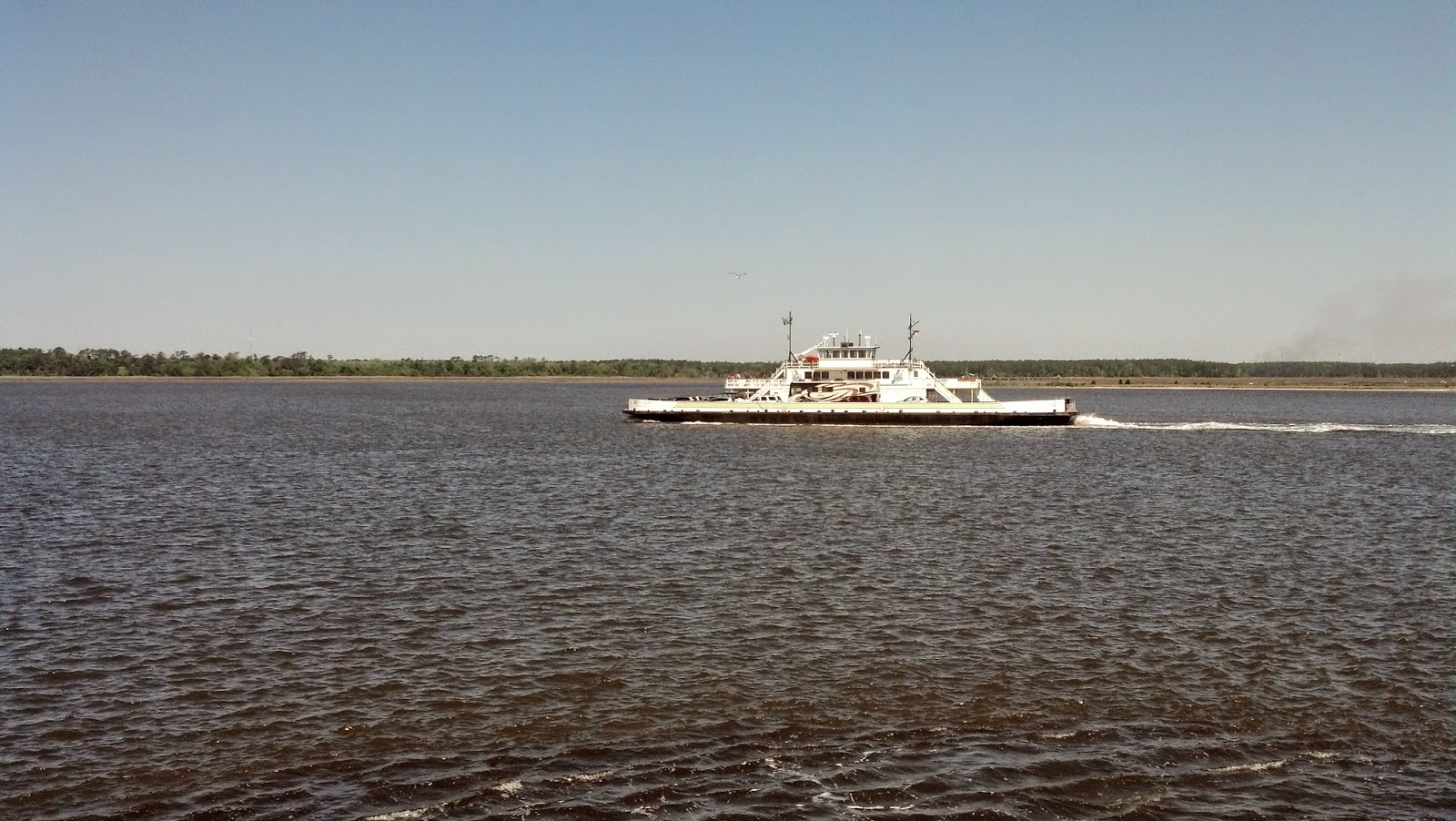 You can see a motor home on the deck of the sister ferry that leaves the other side of the Cape Fear River at the same time and pass in mid channel. Southport is an old colonial town on the coast that never really took off due it being mostly surrounded by water and wetlands and has survived due to it's tourist attraction of quaintness and the fact that the state built roads in the 20th century and in the 1950's ran some electricity out this way.

They also built a regional airport and the campground is immediately adjacent to the runway. (It has been our experience that RV parks are either adjacent to highways, rail lines or airport runways.) Because there is no scheduled airline service here, we are not bothered by the occasional noise of small planes and even small jets.  However, twice now, we were exposed to a Marine Osprey that flew down the coast from Camp Lejeune and used the runway to practice "touch and goes".  This deafeningly impressive beast shatters the air with such vibration that it actually shook our coach as we were less than 50 yards from it as it hovered over our end of the runway, making several passes before leaving the area. A couple nights later, it returned for night time maneuvers. 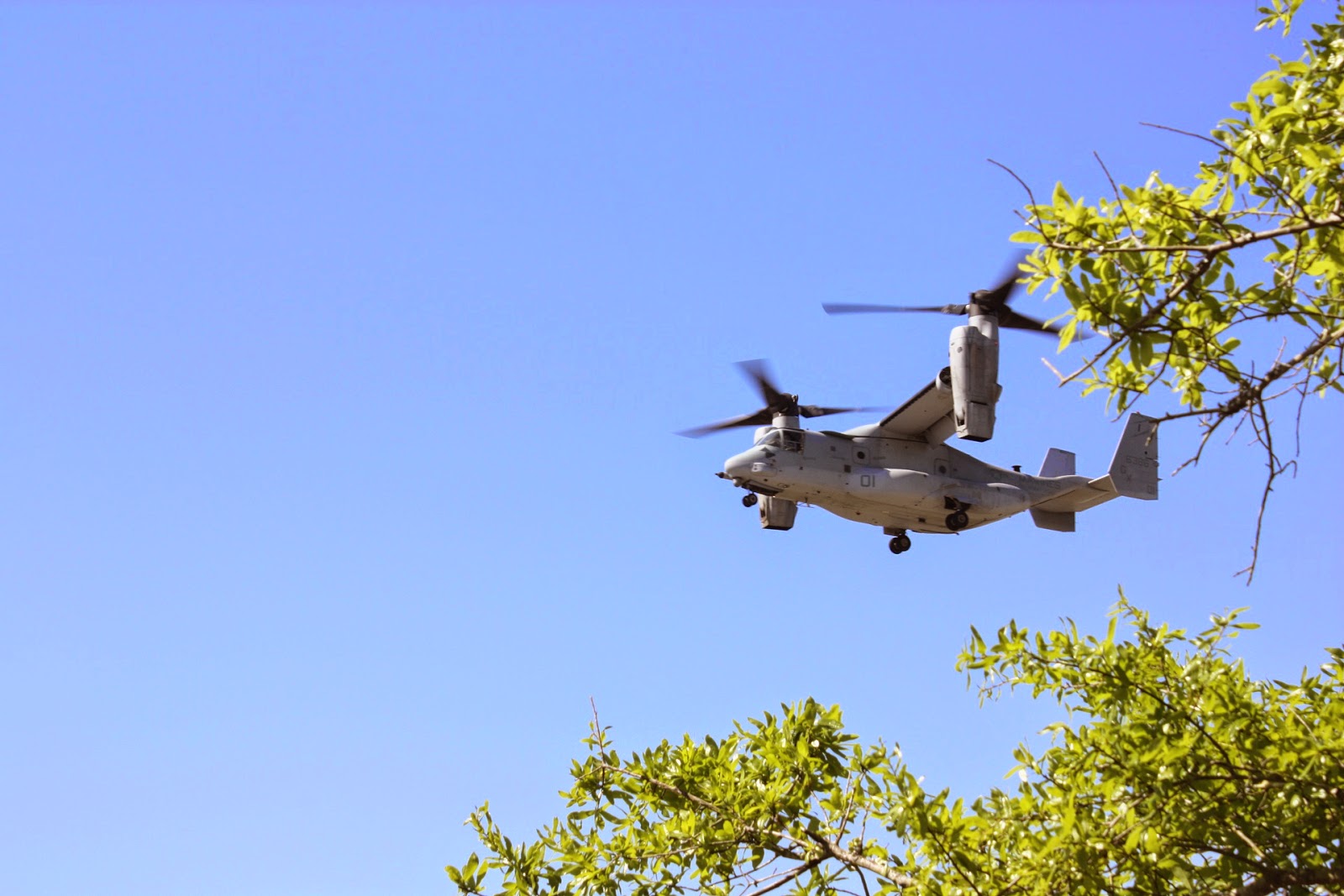 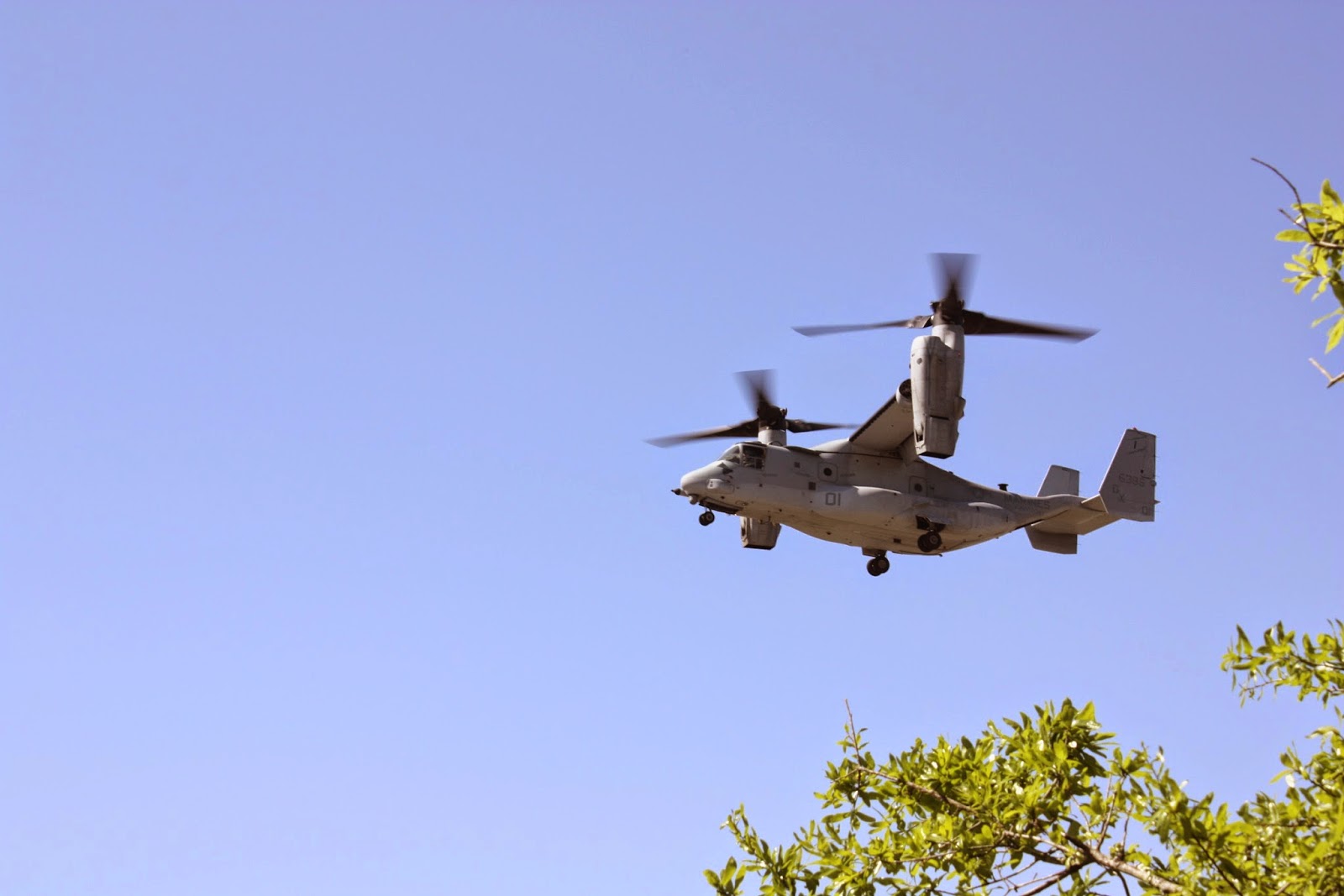 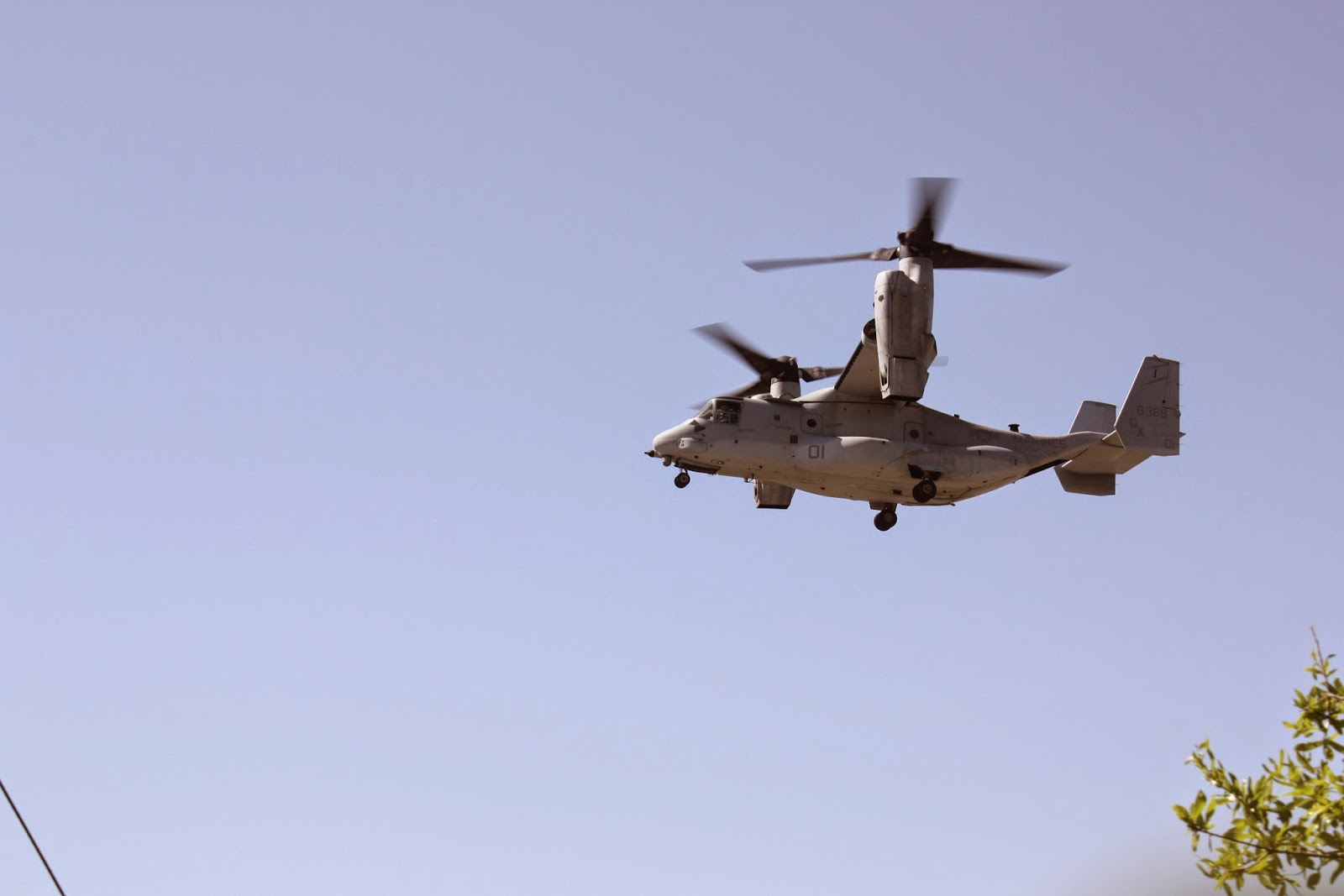 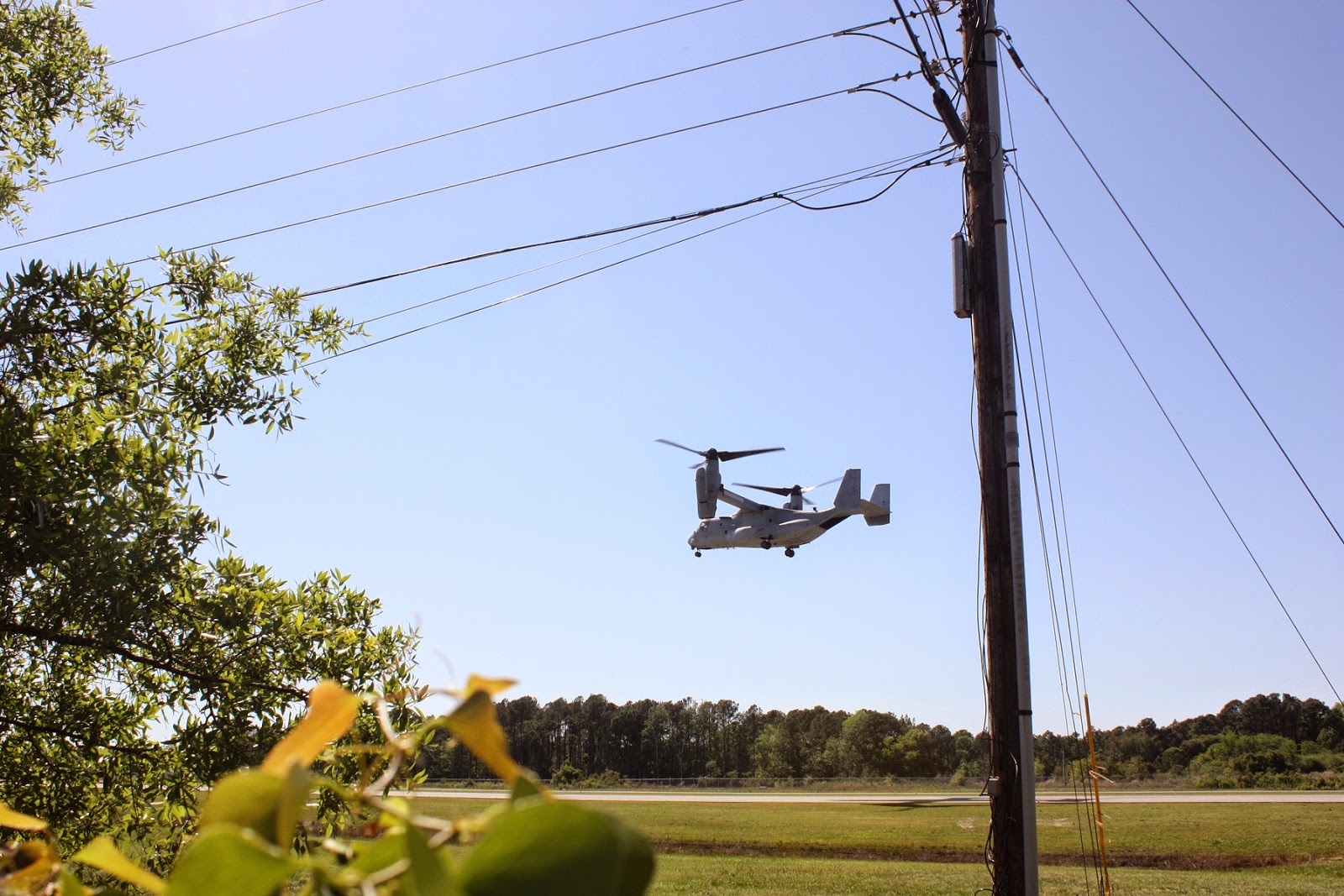 We will be leaving this RV park in a couple of days and head to the KOA campground in Wilmington to be closer to the kids.  I'll miss my sea bird friends who always come to visit when we ride the ferry. 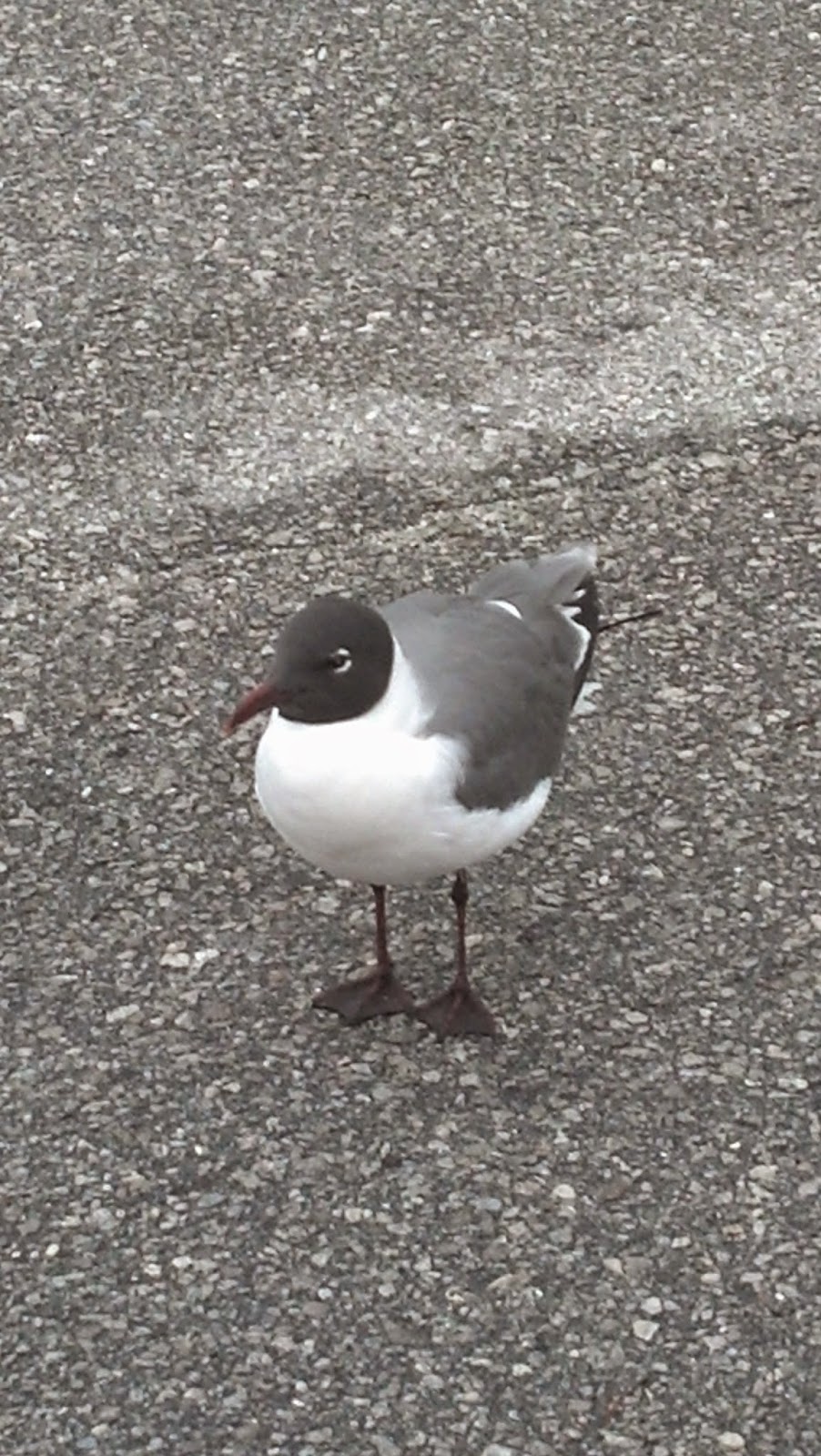 Posted by Phaethtofulltime.com at 9:28 AM