We have stayed in Natural Bridge, Virginia twice now so we had to go see the thing for ourselves.  Sunday was clear and bright but we still had to bundle up.  Seeing an attraction like this at this time of year makes for a very different experience. The landscape is bare and nothing is hidden behind all the leafed out trees.  The crowds are gone and it feels like it is just you and God's Creation.

As you drive along I-81 through the Shenandoah Valley you are not aware of the natural wonders up in the hills of the Blue Ridge. 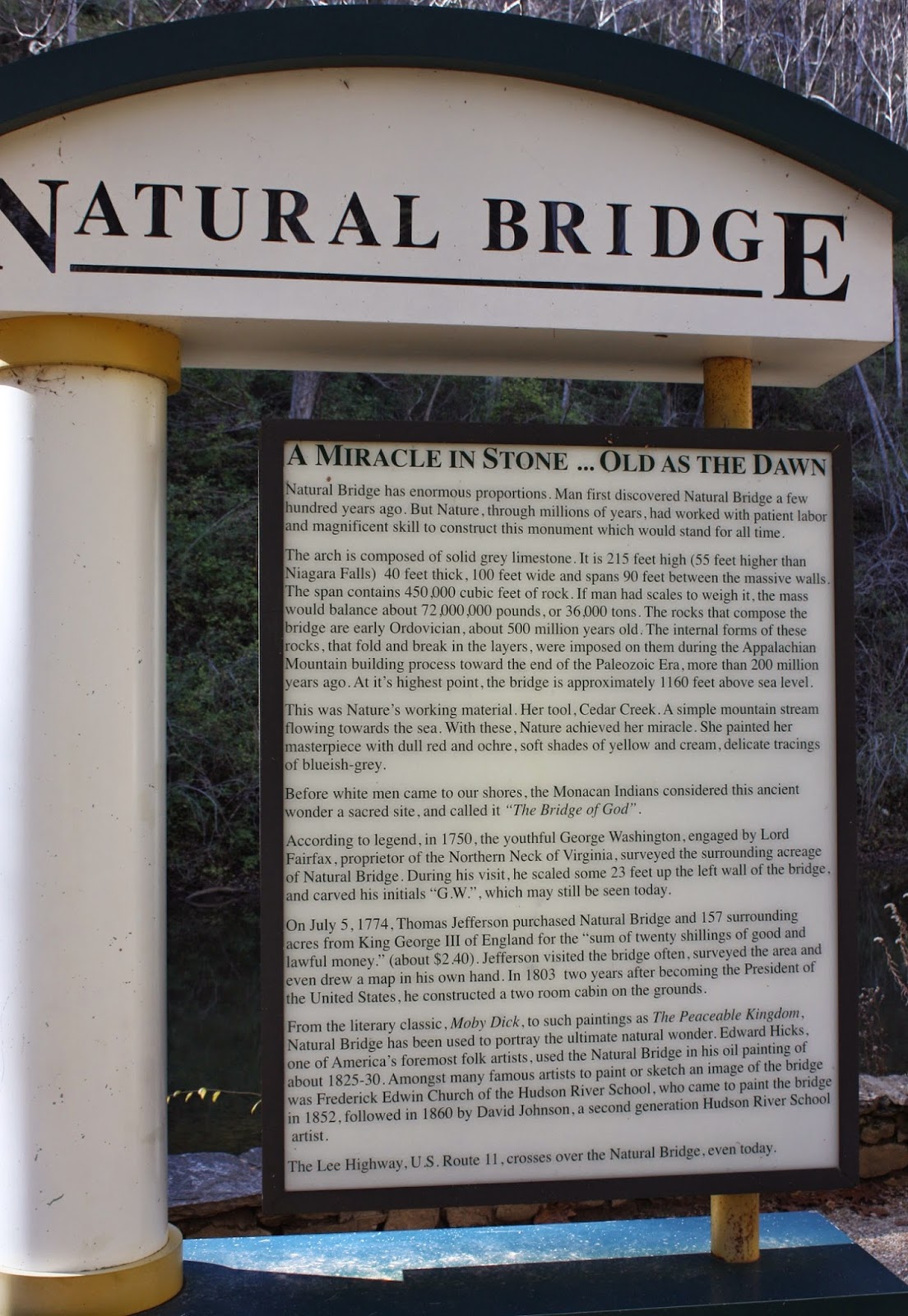 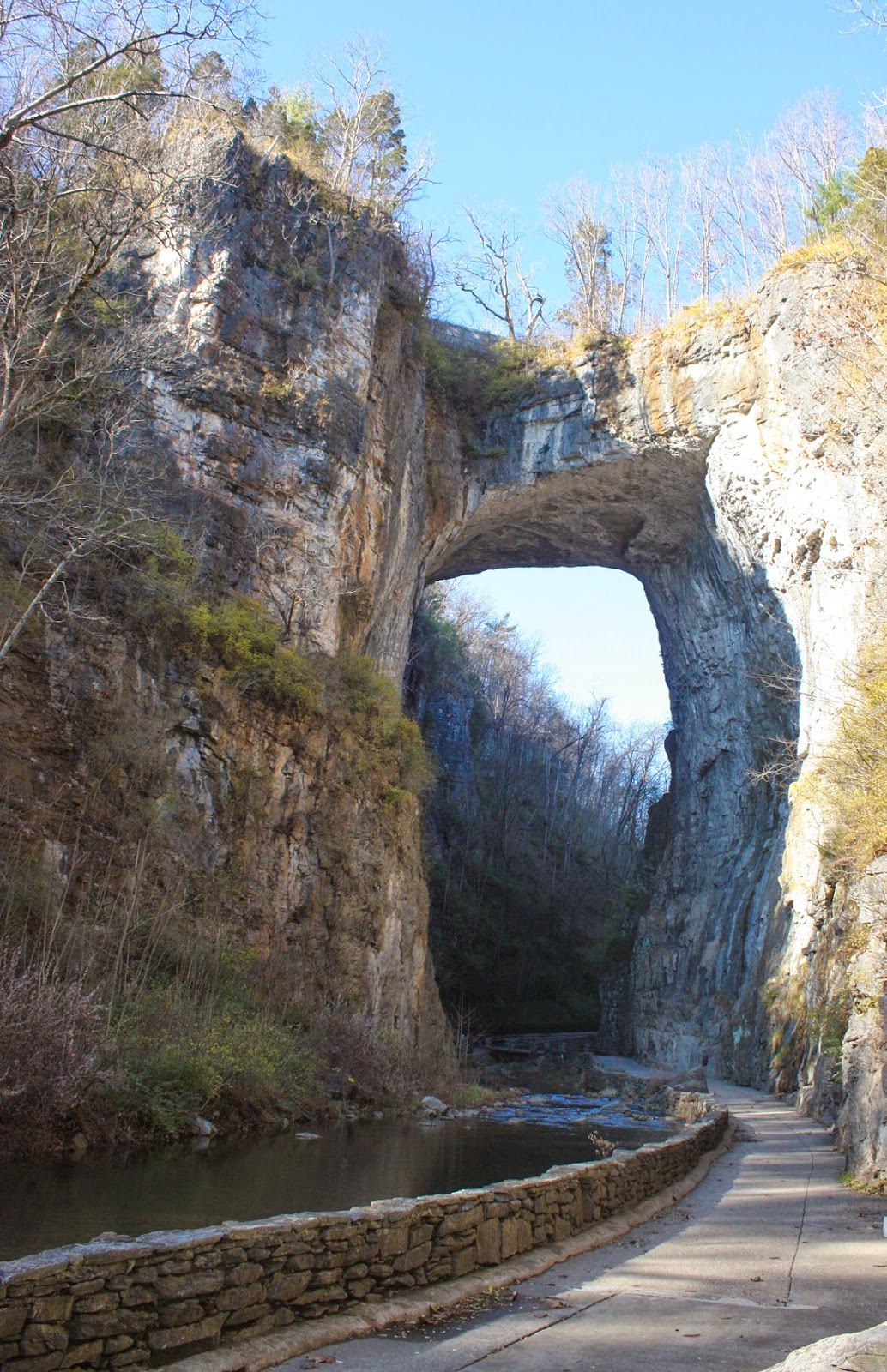 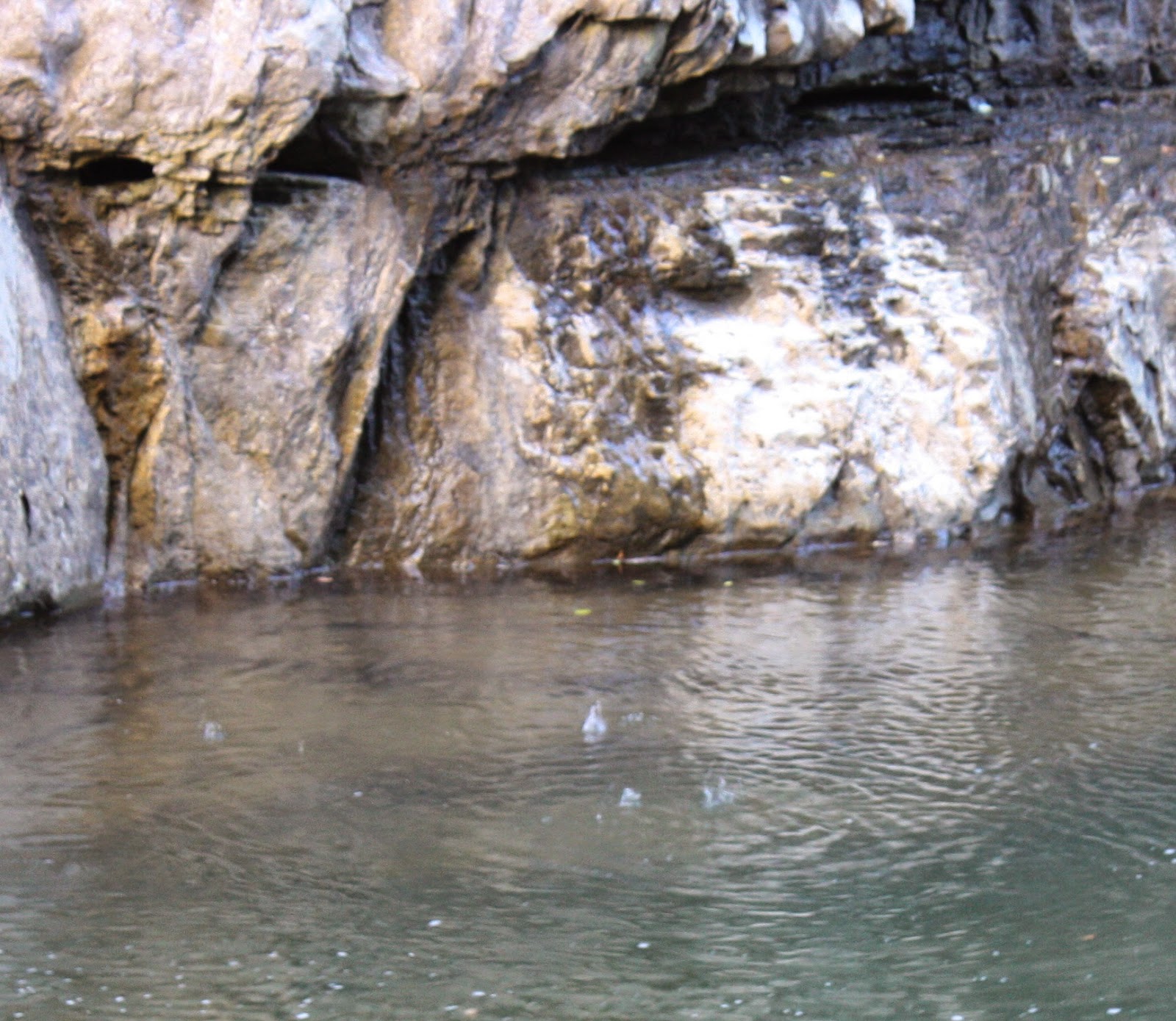 Water drops fall from the rock above that forms the arch of the bridge into Cedar Creek. 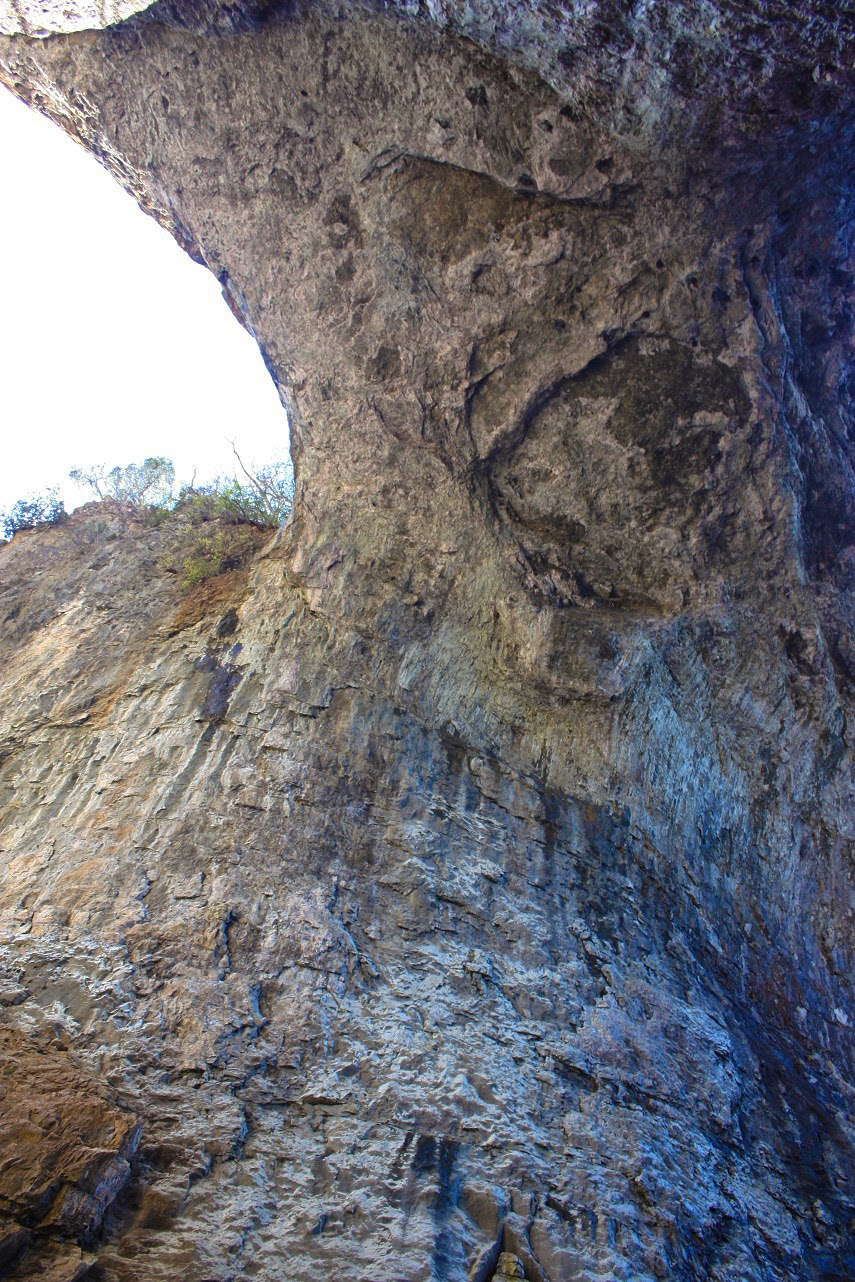 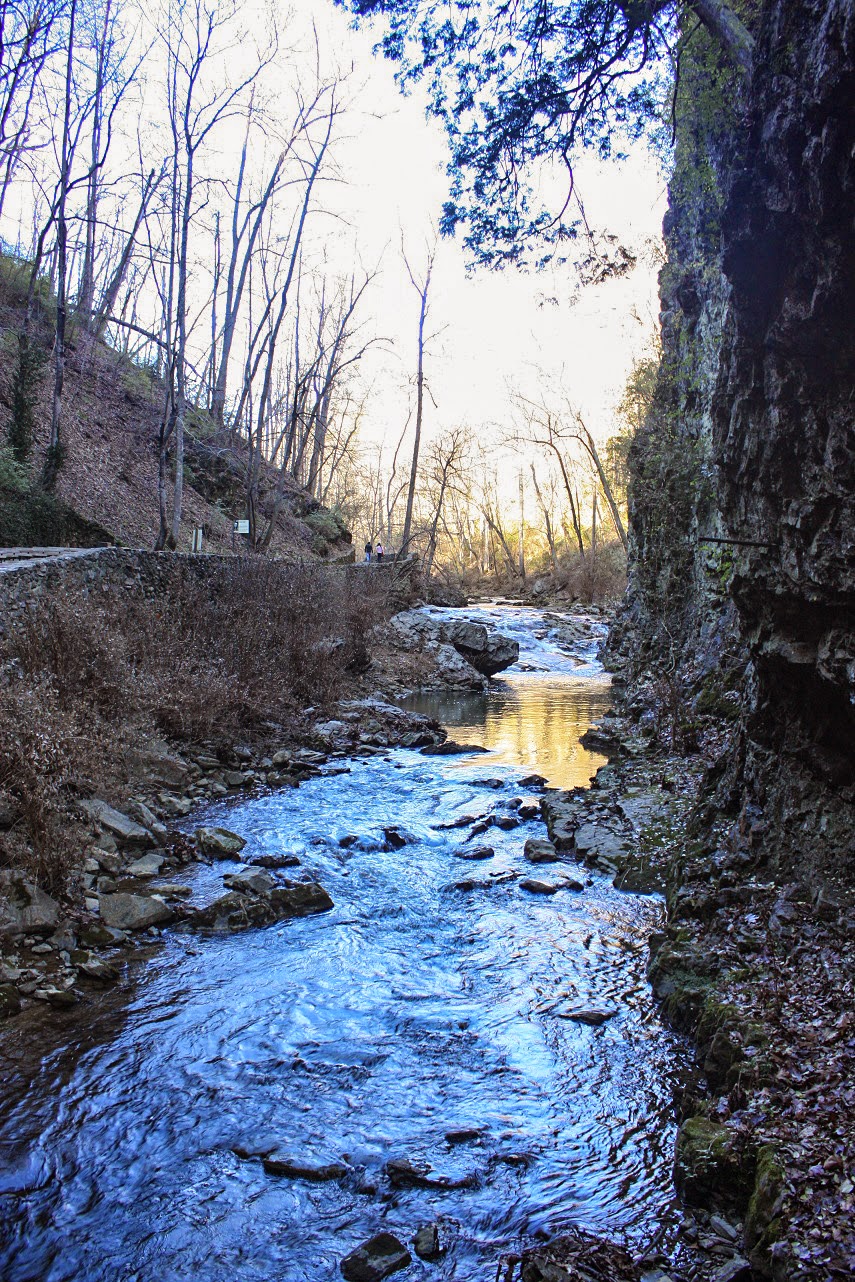 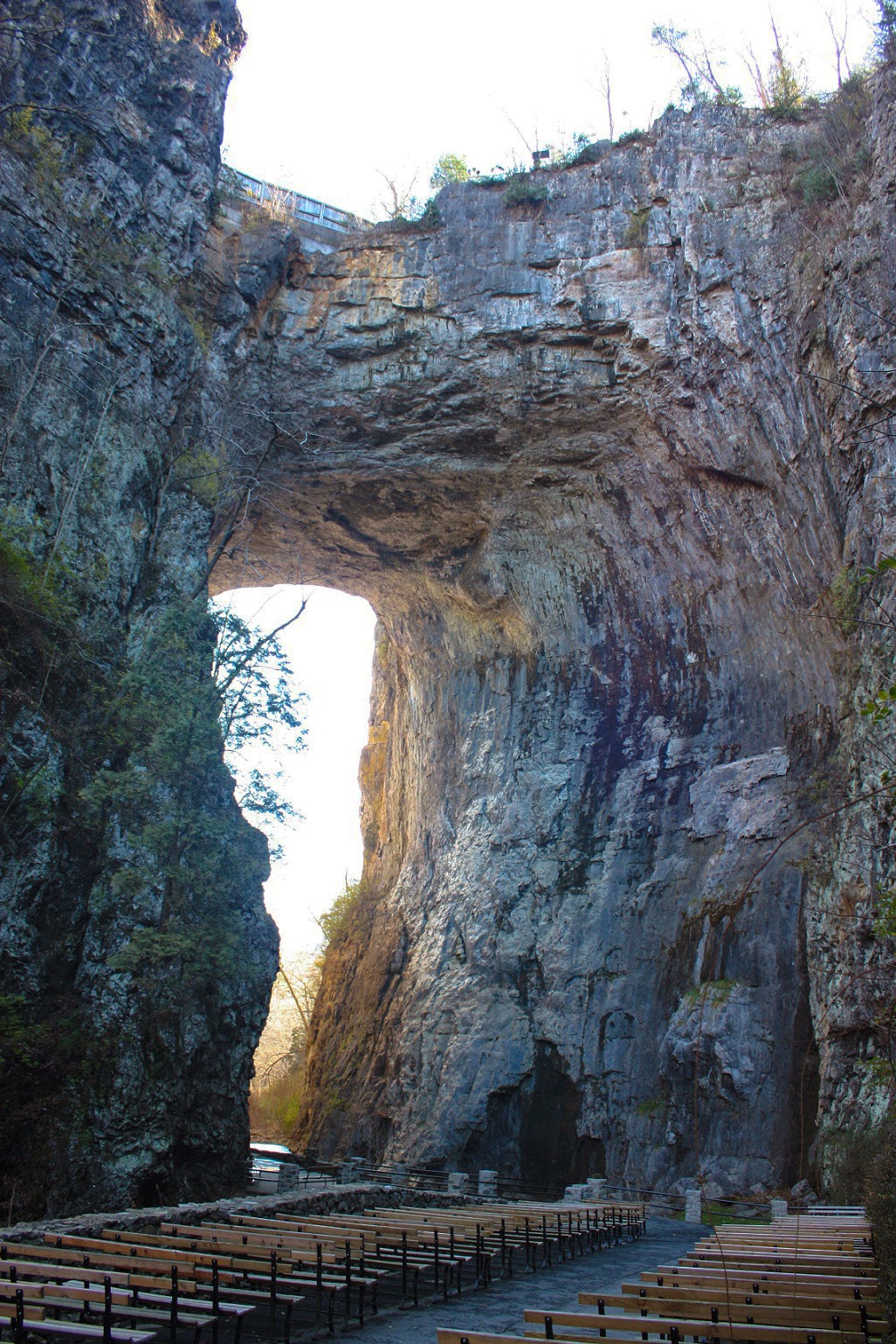 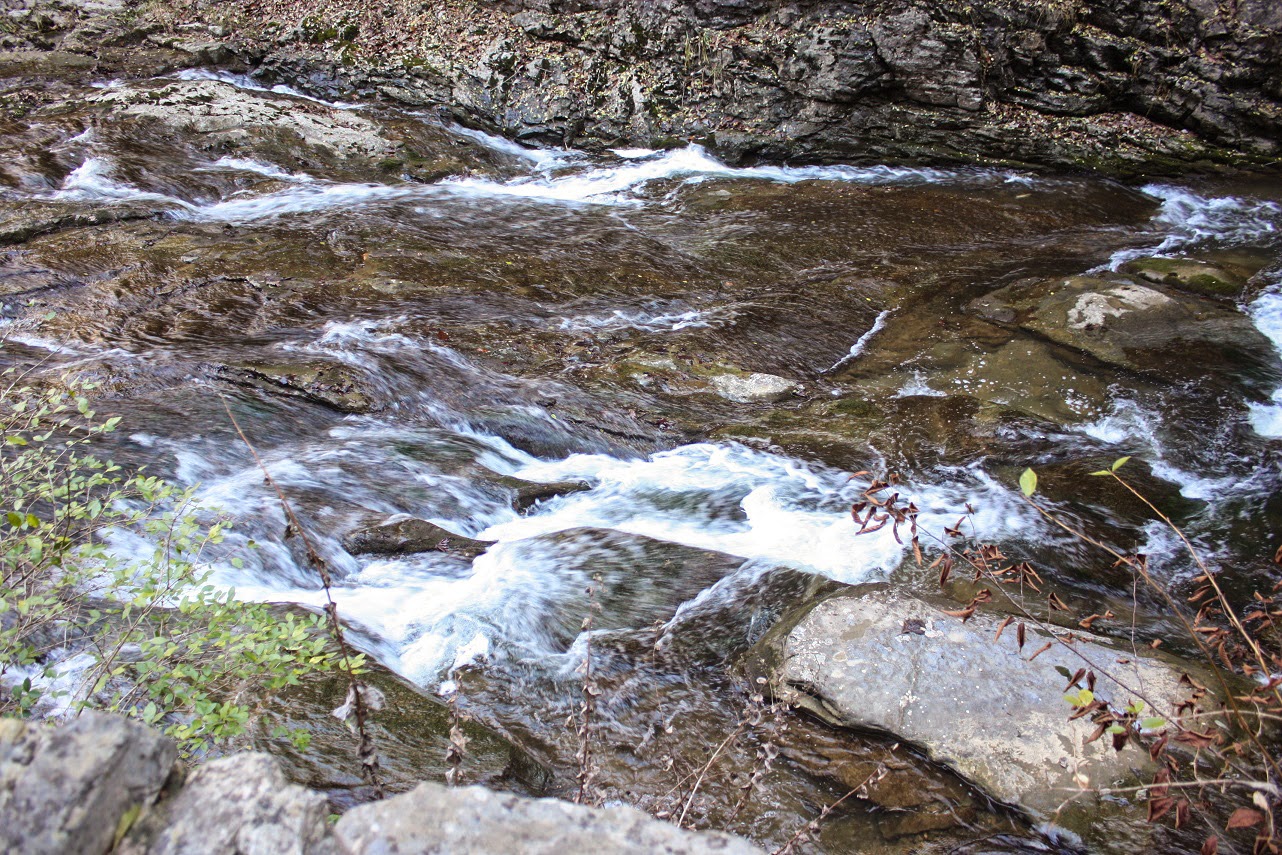 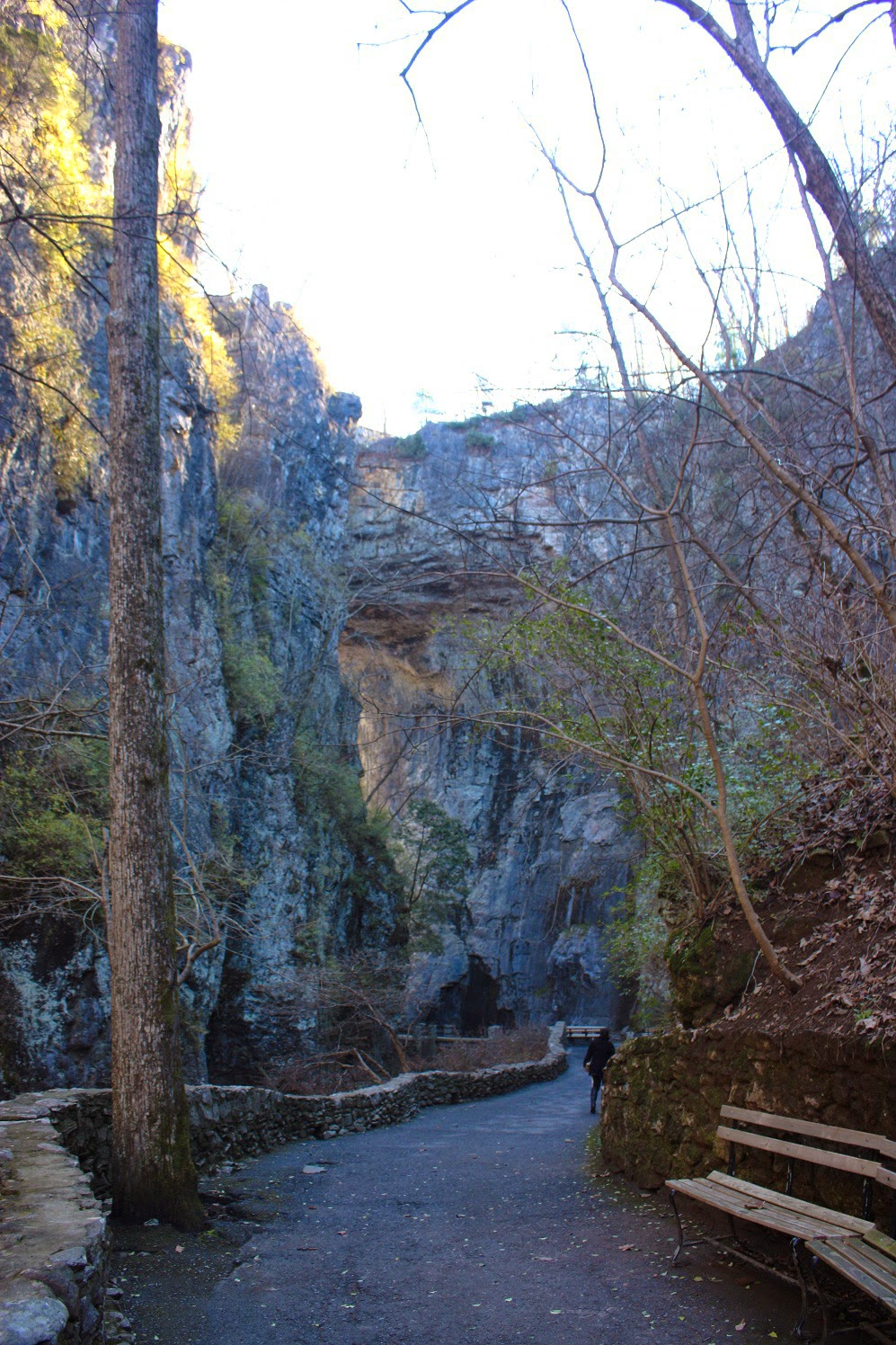 There are several natural caves in the area from which saltpeter was mined for gunpowder during the war of 1812 and the civil war. The entrance to this cavern has been closed off due to a collapse of it's ceiling which you can see from the out side. 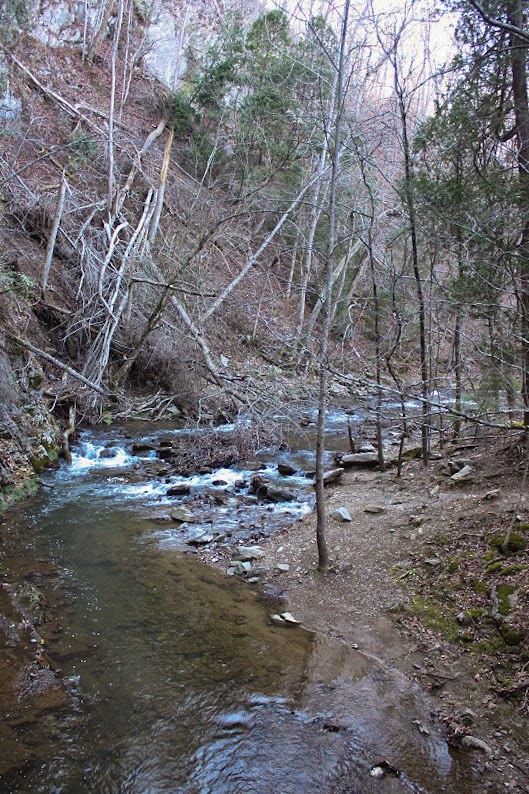 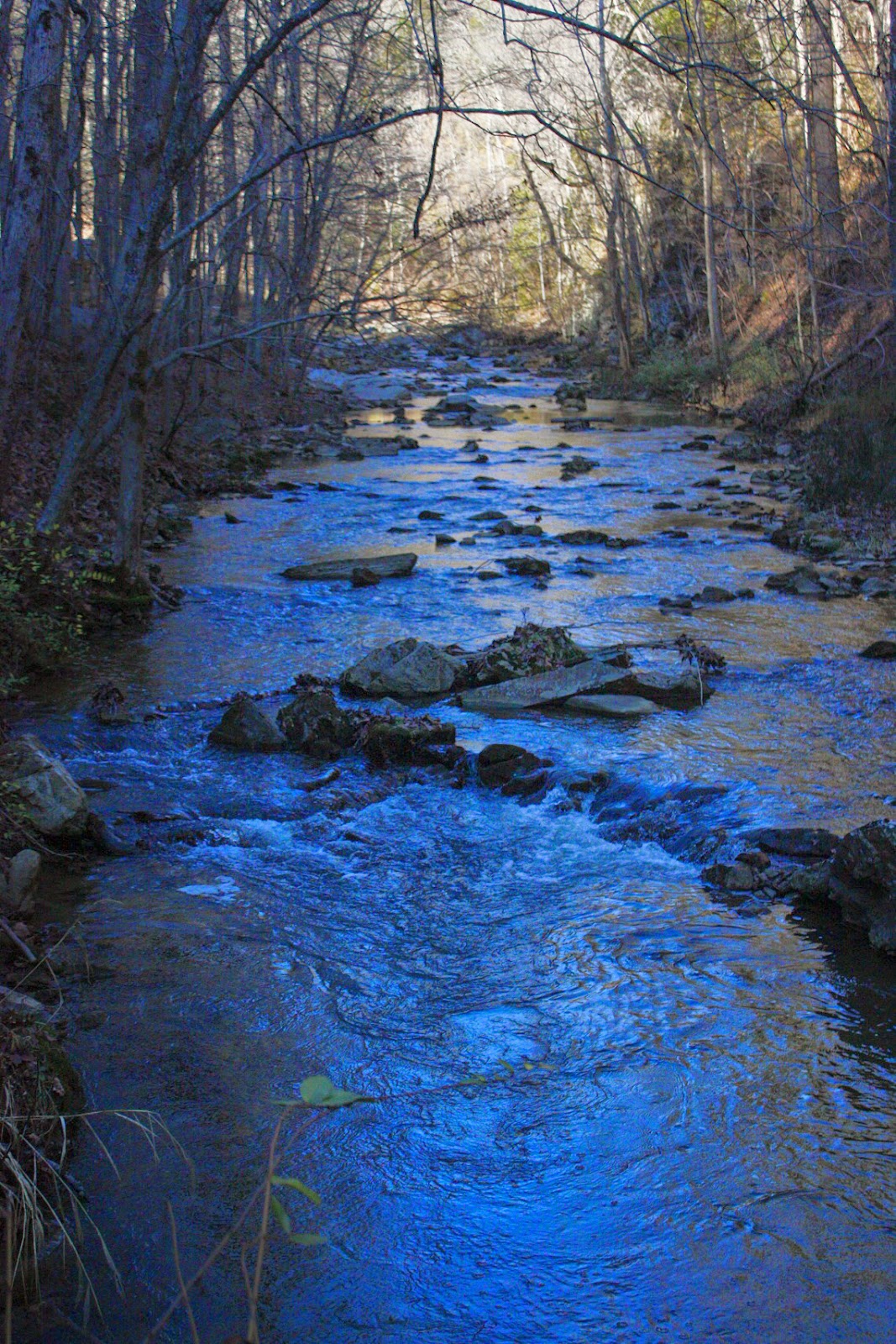 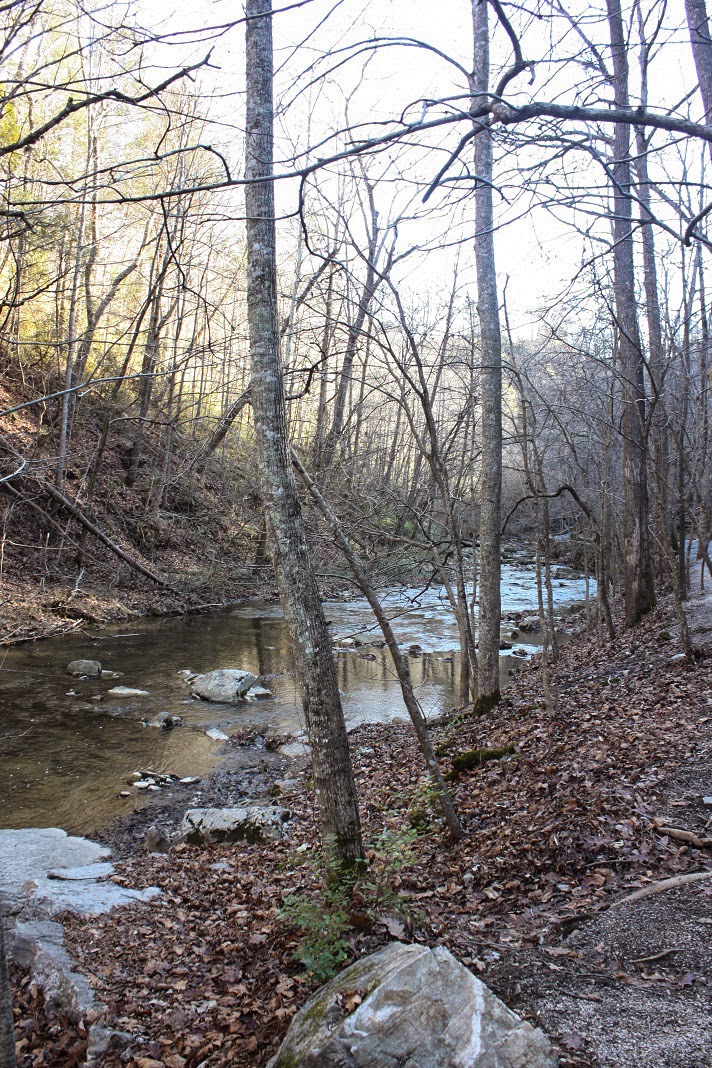 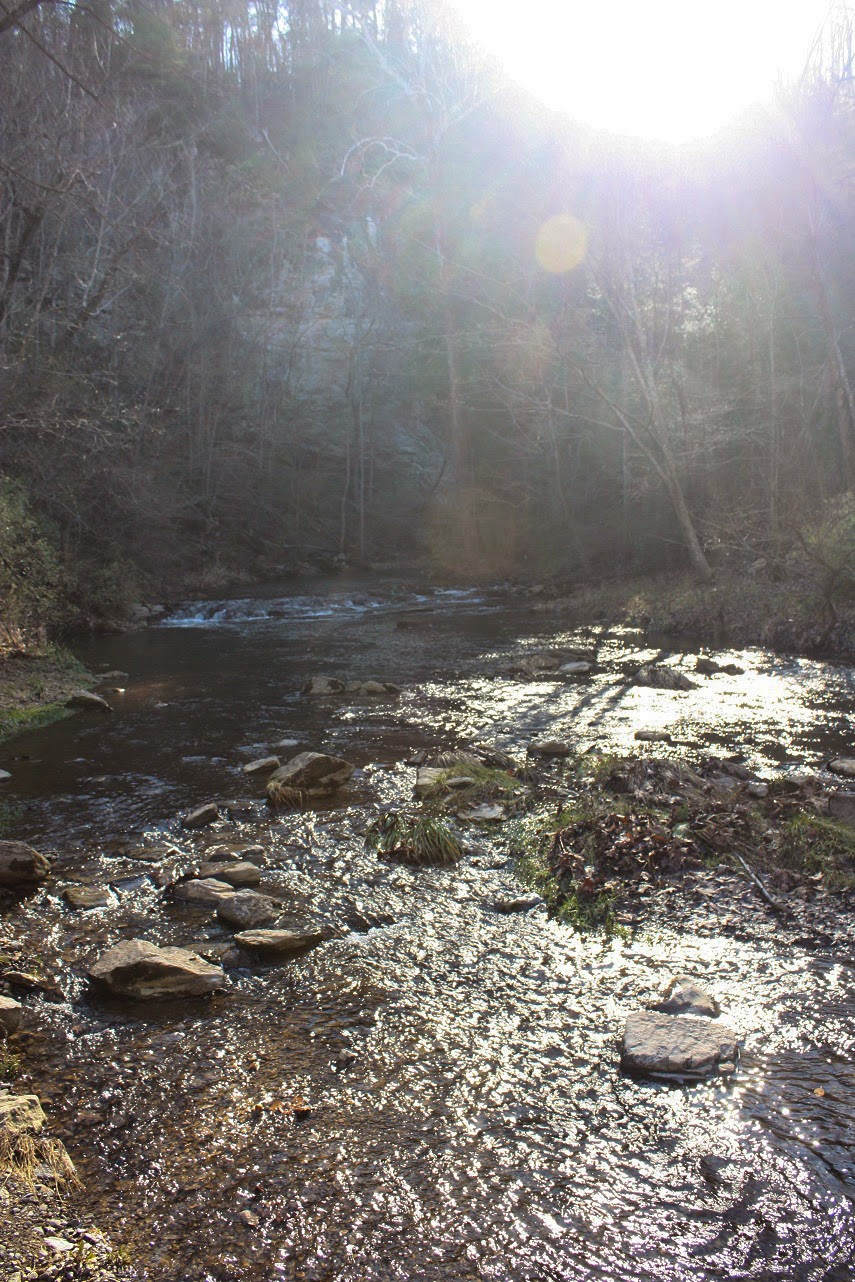 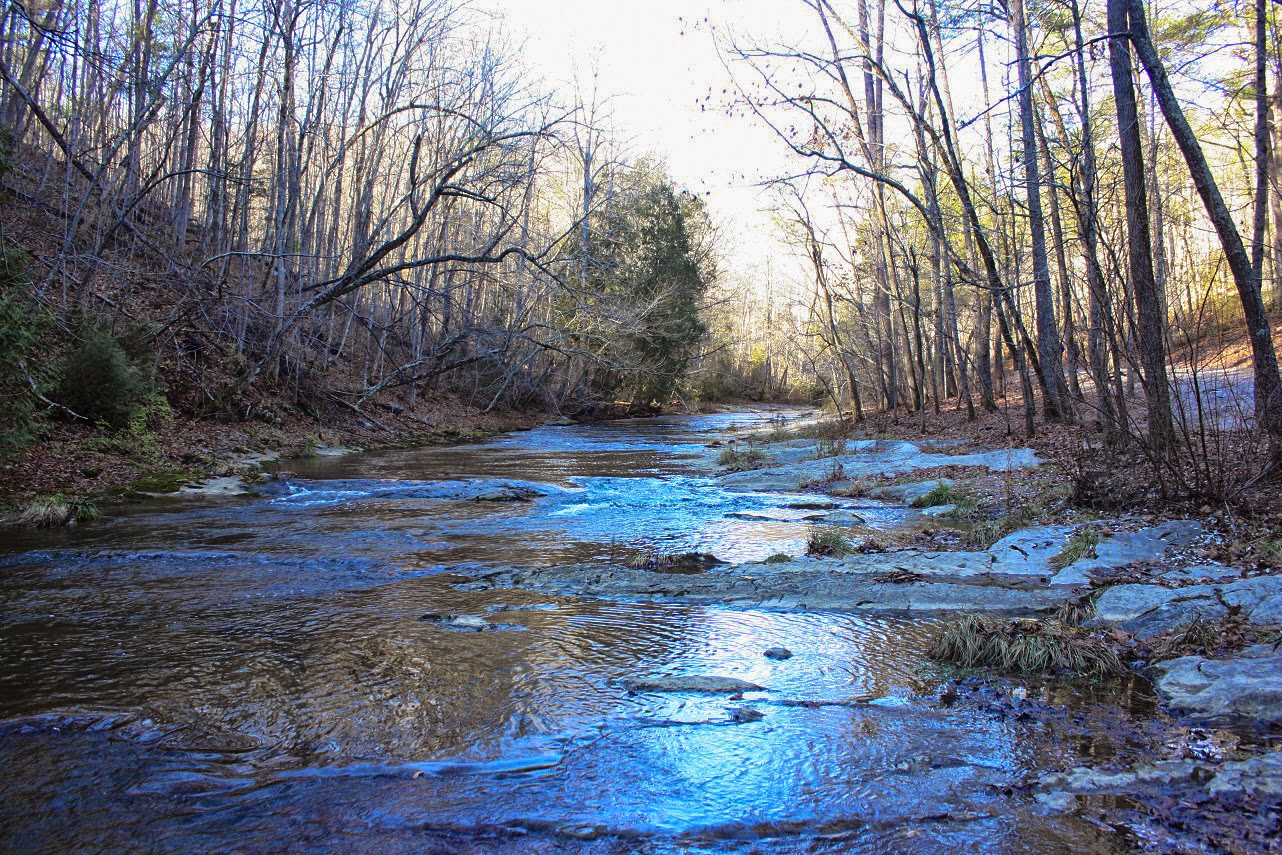 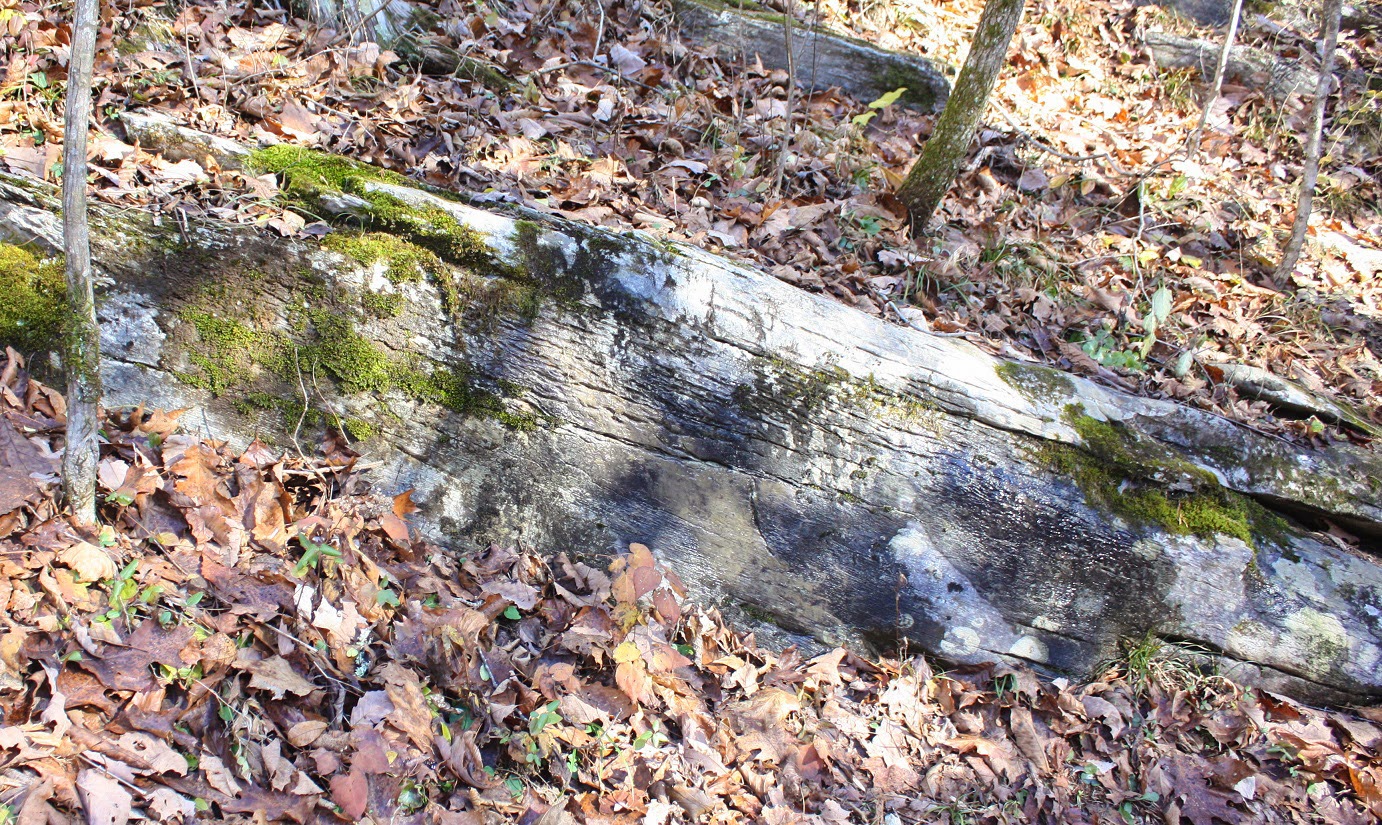 It is hard to see in this photo but water is coming out of the face of this rock.  It almost seems like the water is being squeezed out of rock. 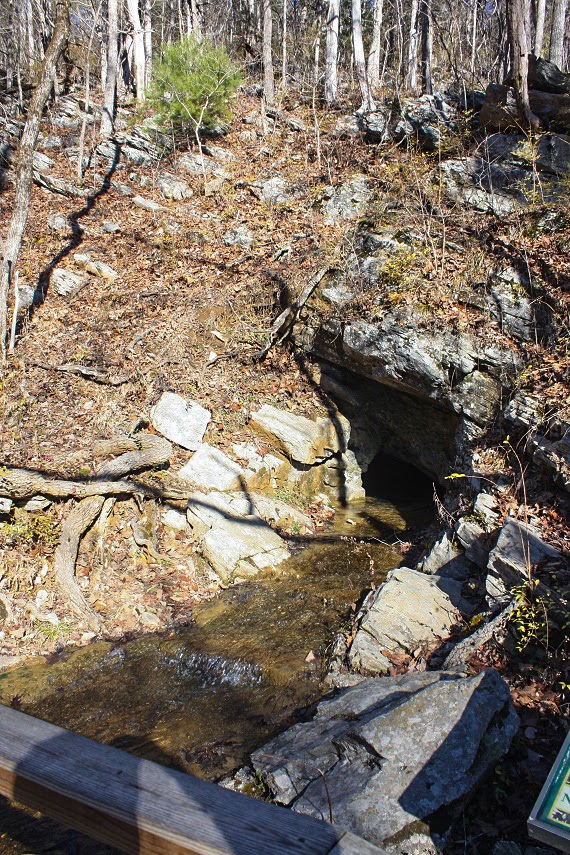 "The Lost River" makes itself known a few feet above Cedar Creek. 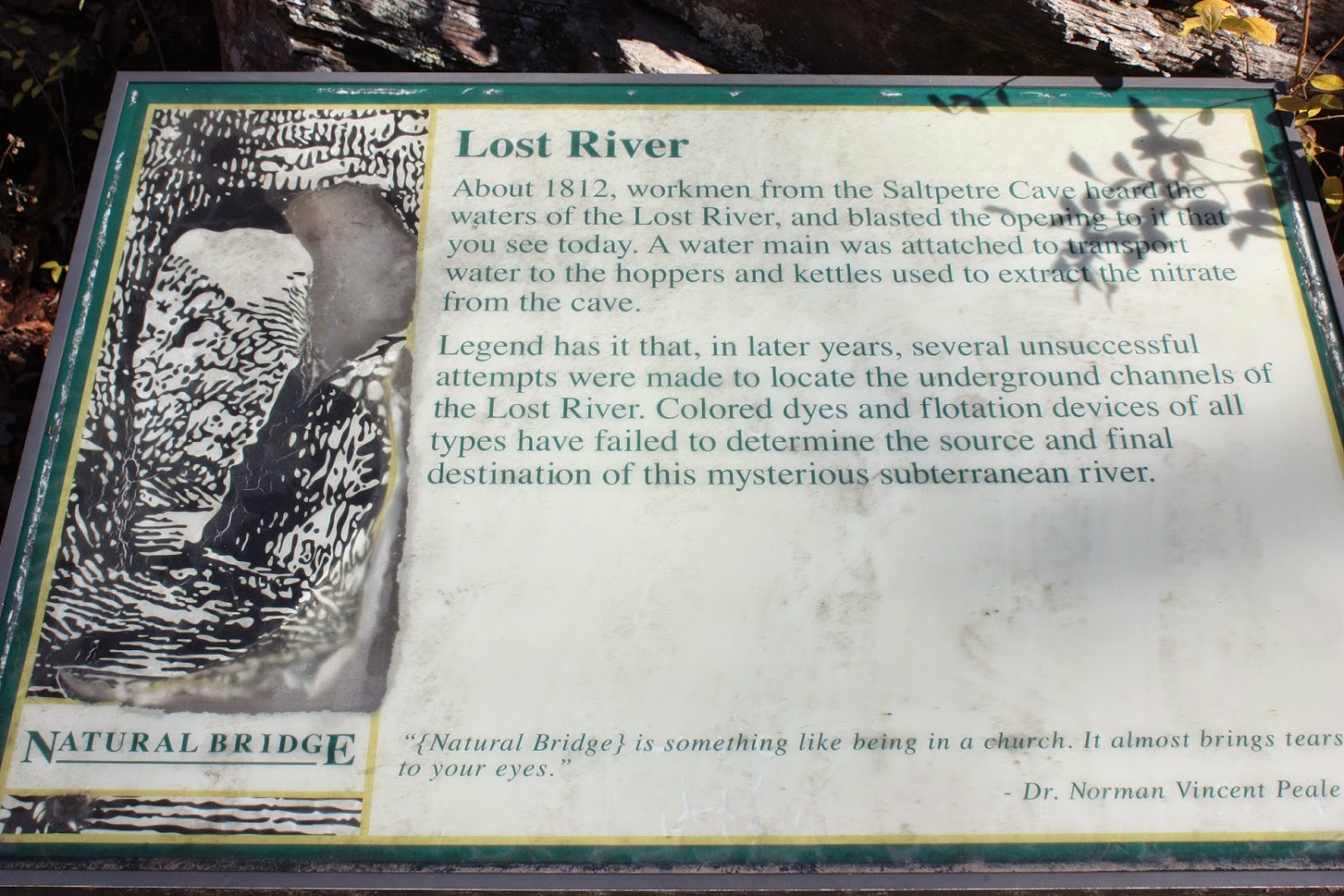 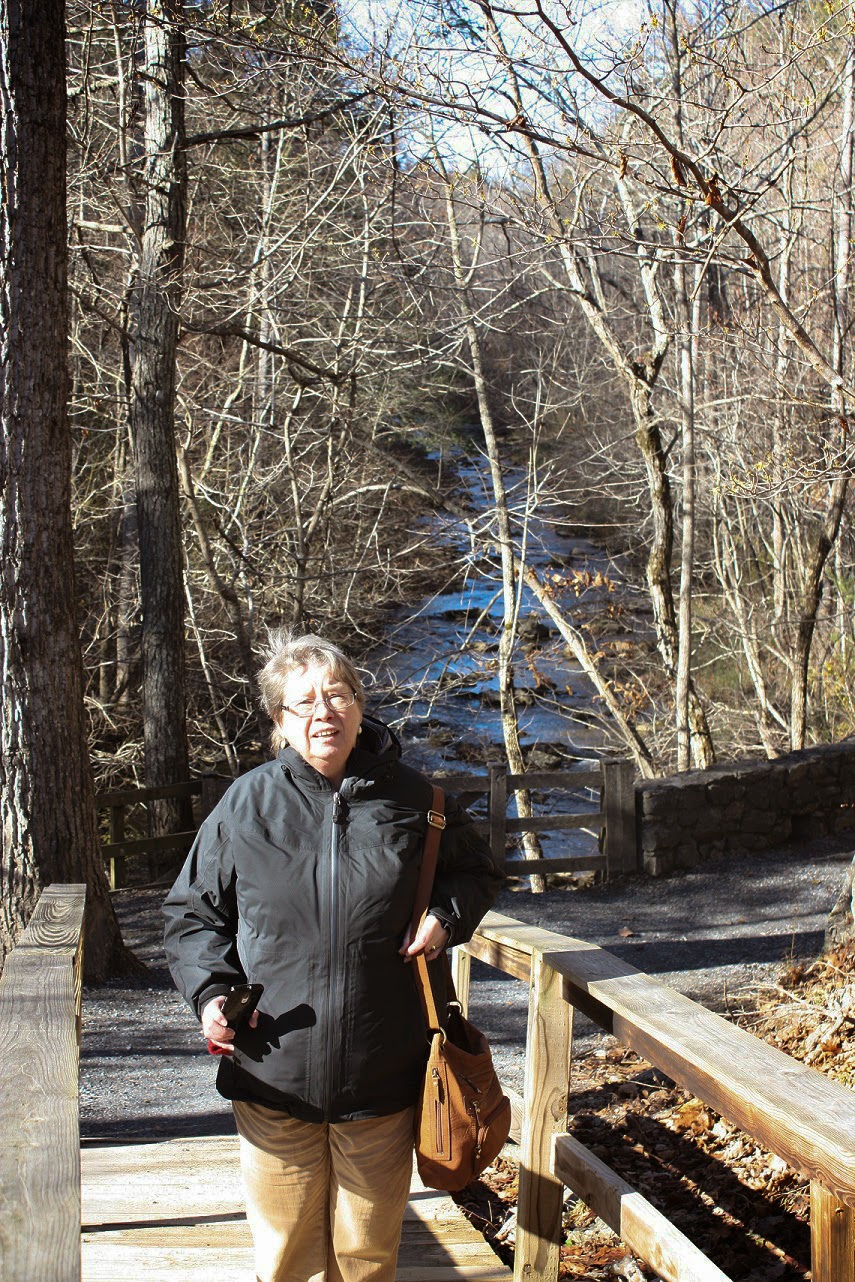 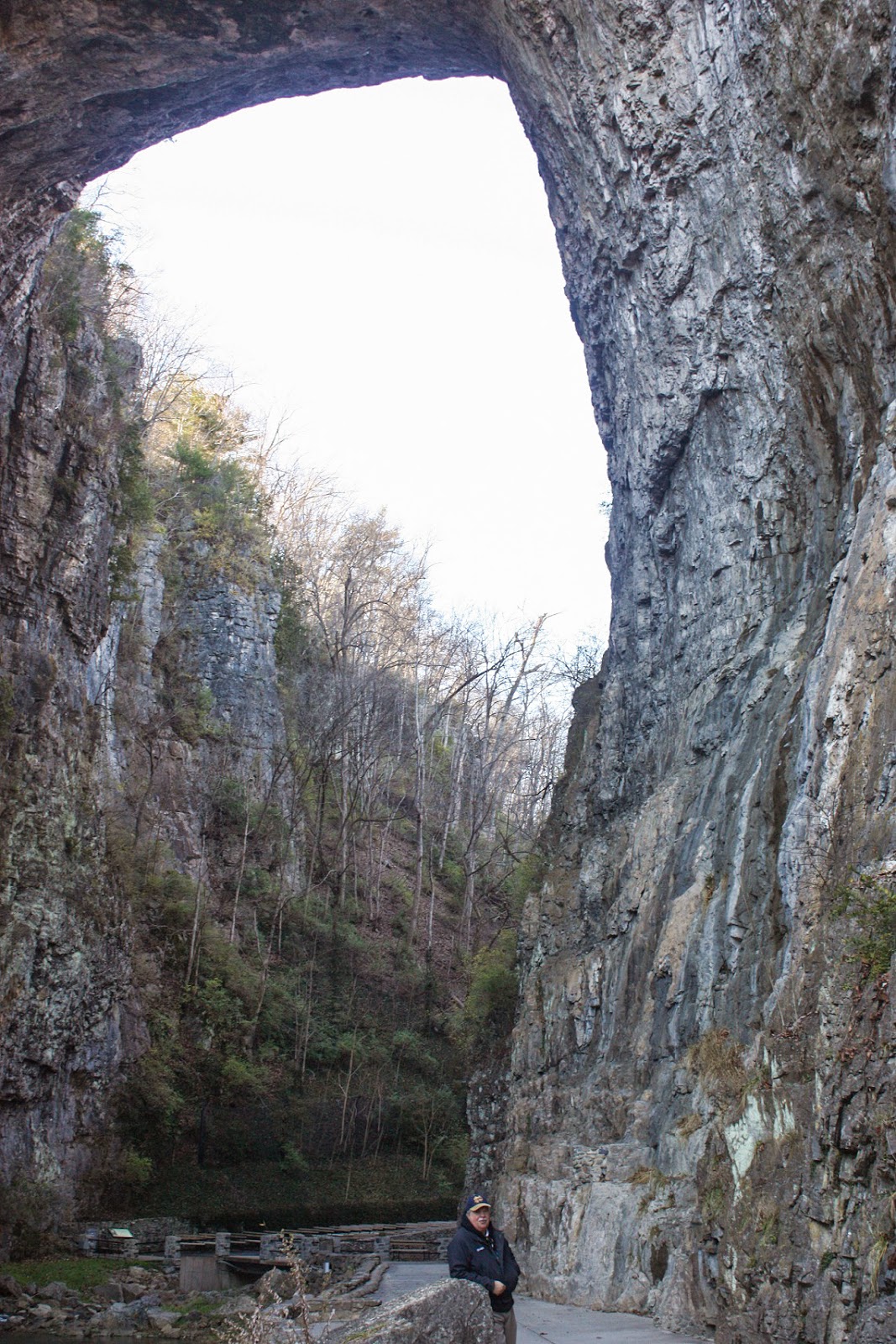 The canyon cut in rock creates a natural wind tunnel which mad things in it's vicinity rather cool. 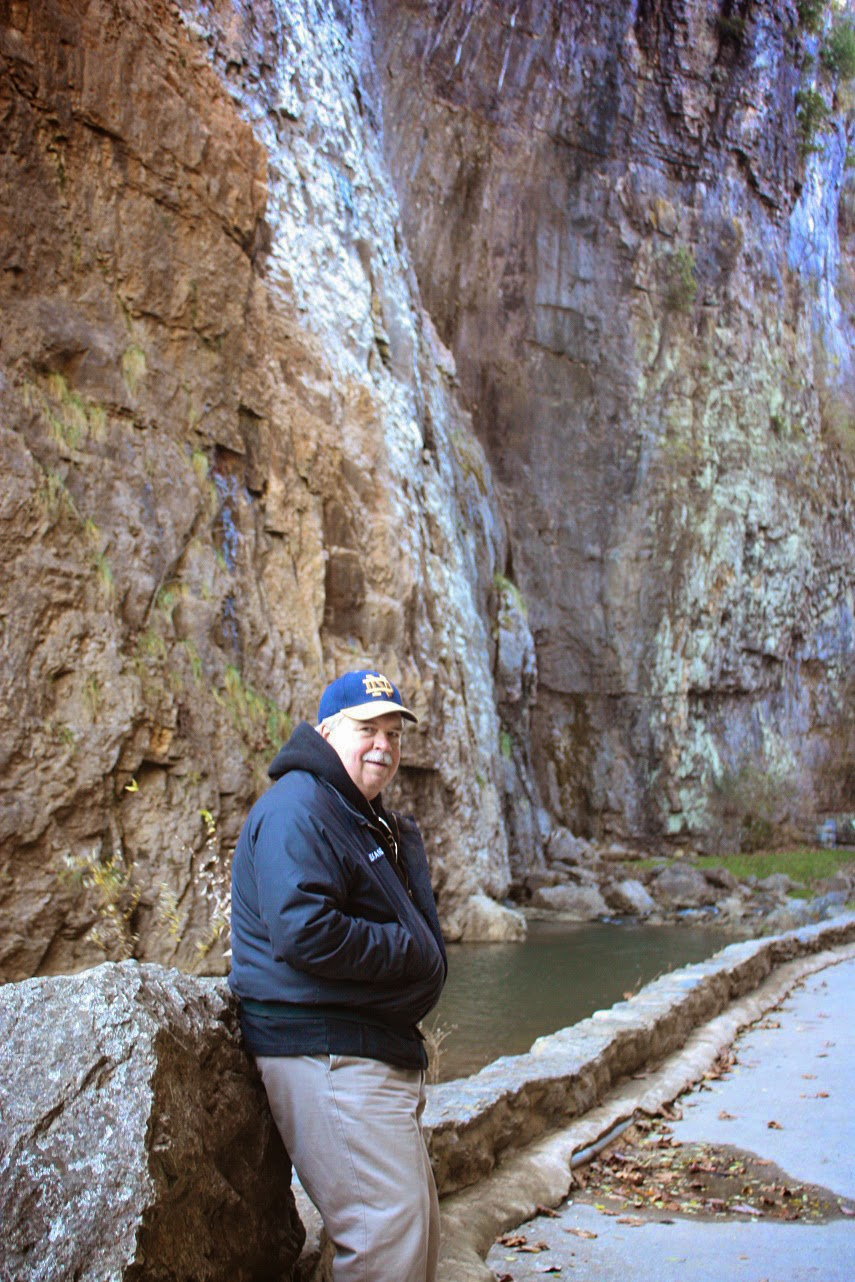 My knees are letting me know that should not have been so excited about touring Natural Bridge.﻿

Posted by Phaethtofulltime.com at 12:40 PM