Yesterday started out OK.  We pulled up stakes from Matamoras, PA and got out on I-84 South.  We had no sooner hit the on ramp when Randi gave us warning tone and screen telling us that the route we had selected must be avoided based on the height data we had programmed into her. In other words, "low bridge!".  We were traveling only on Interstates which are all OK for rigs our size.  Randi has popped up bogus warning screens in the past and so we thought that this might be just another glitch. We cleared the screen and within a few seconds it popped up again.  We were approaching a construction area and viaduct that we had to go under so we approached it very cautiously since it did not have clearance measurement posted.  We cleared it as did the 18-wheelers in front of us.  After getting through, Randi had no more warnings.

Up the Poconos we went.  Climbing into the clouds the temperature also dropped but there was no precipitation.  Just a lot of fog. 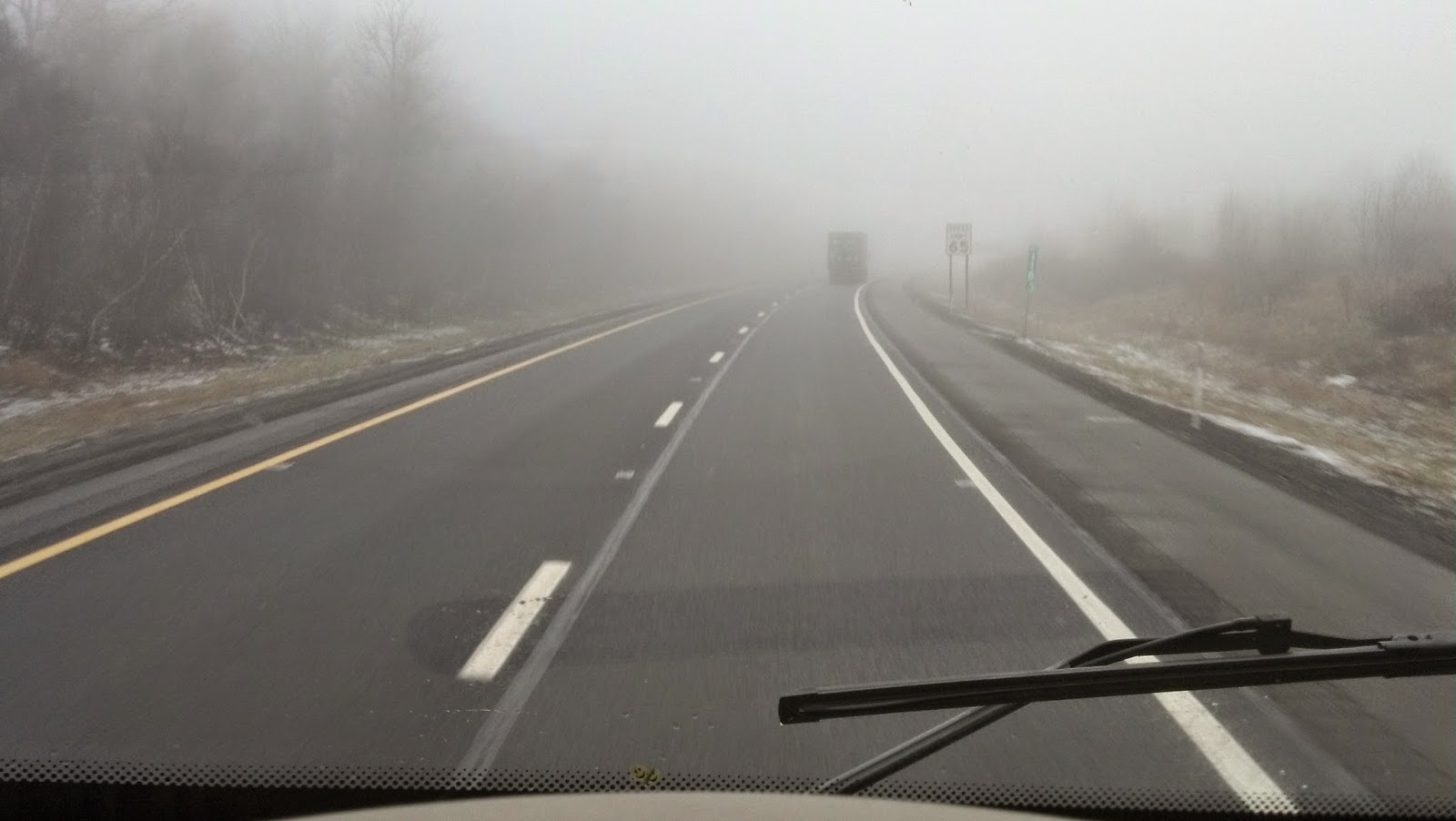 The white knuckle moment lasted an hour or more... 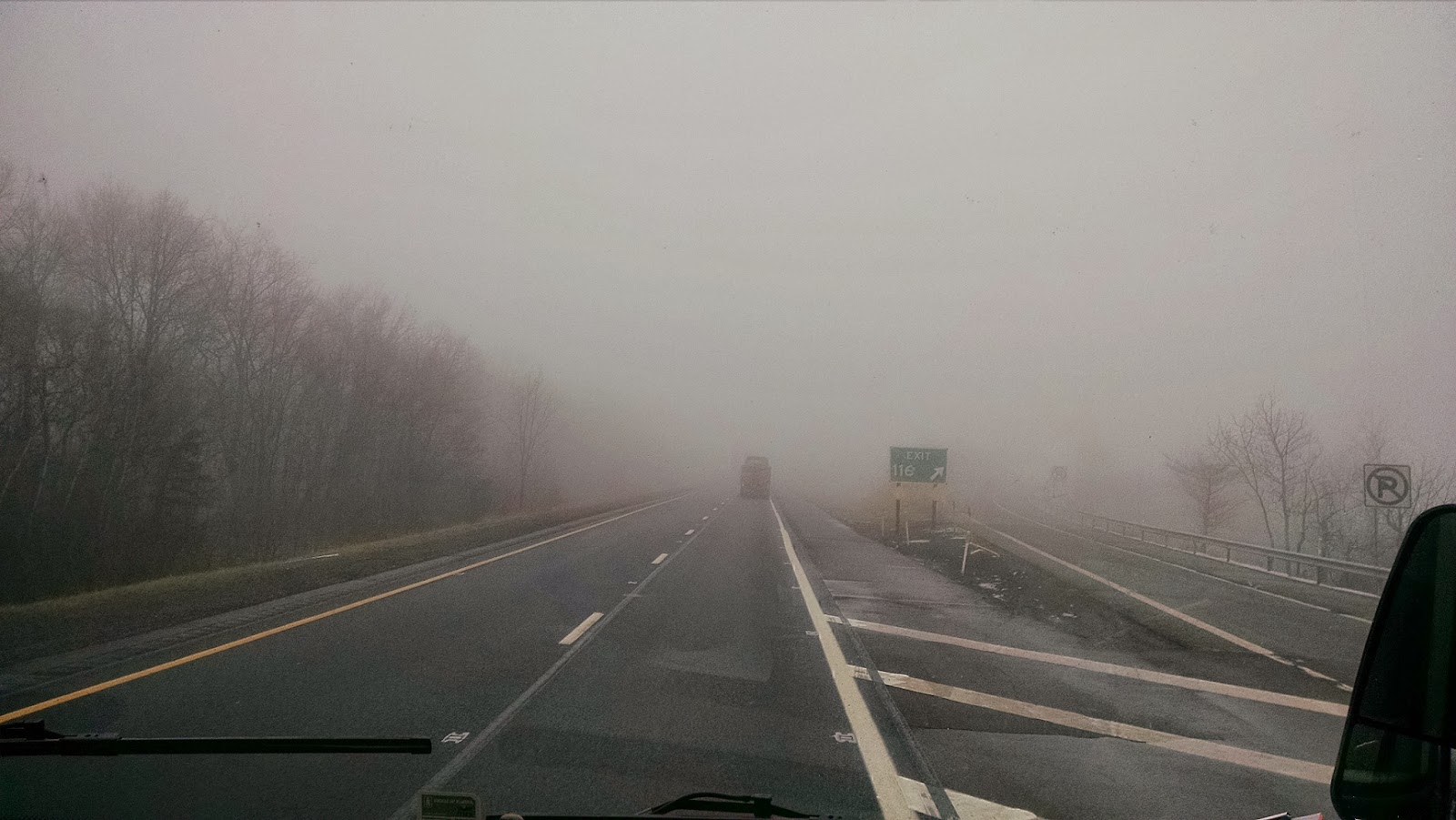 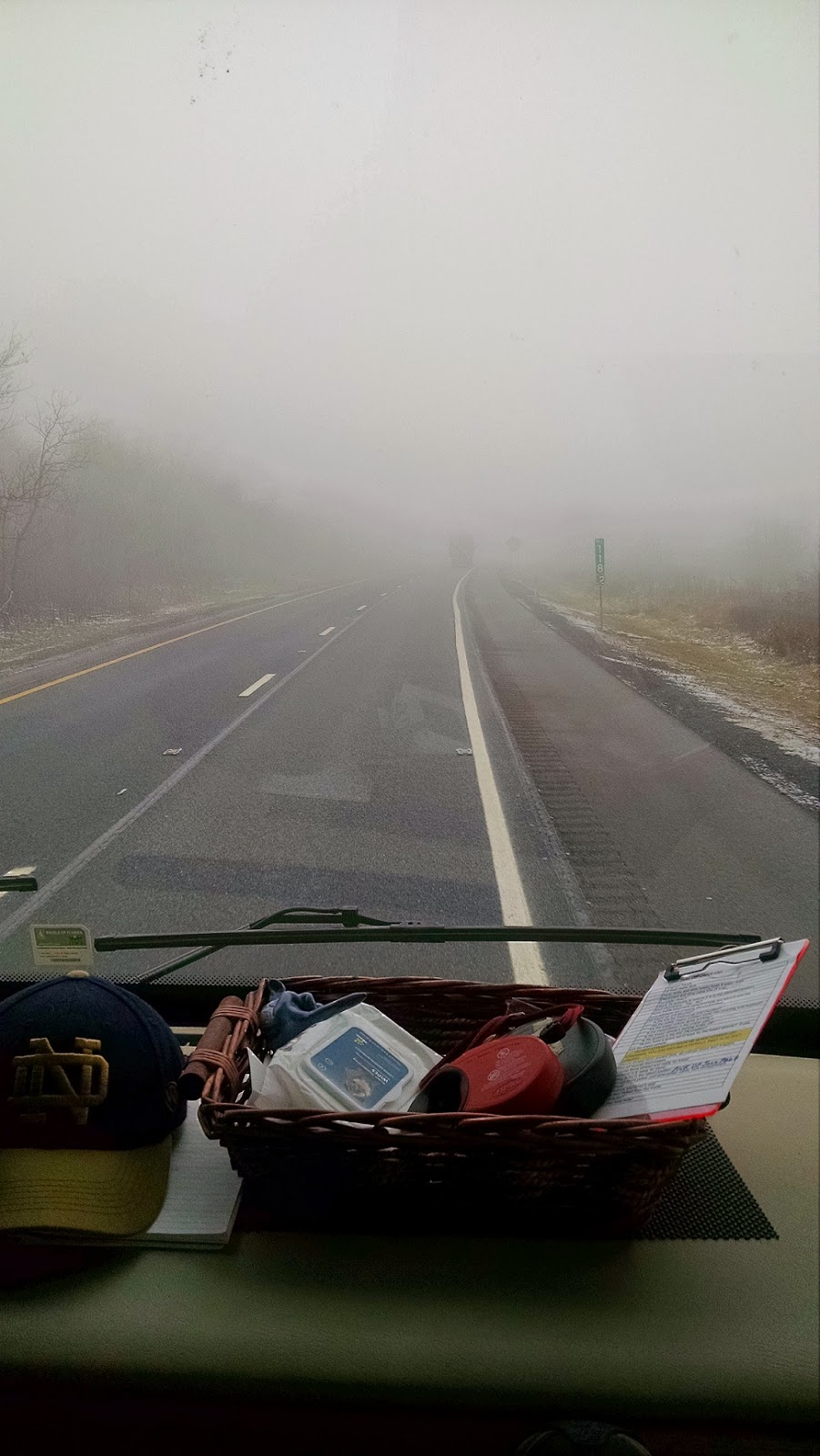 We slowed so that we had plenty of stopping room in front of us but not too slow that some ya-hoo would climb our backside.
We got stopped just before some bridges near Wilkes Barre, PA to allow a massive 82 wheel rig with a nuclear reactor in the middle of this huge articulated trailer that was going to test the load capacity of the bridges.  It inched along all by itself spreading itself across three lanes to spread the weight as much as it could. State police and service vehicles backed traffic up.  Once it had cleared the bridge﻿, I looked at Joanie and asked if we should use this bridge now.  We did not have any choice and followed an 18 wheeler over it.  Sorry we didn't get any pictures.  We just thought we should get as far away from the reactor as quickly as possible. No body glowed in the dark last night.
It's all part of life on the road.
We are in Carlisle, PA to drop off the stink bugs we picked up here several weeks back.  Same campground. ( See "Eww! Bugs..." September 30 entry).
Should be in Virginia tomorrow.
Posted by Phaethtofulltime.com at 7:23 AM