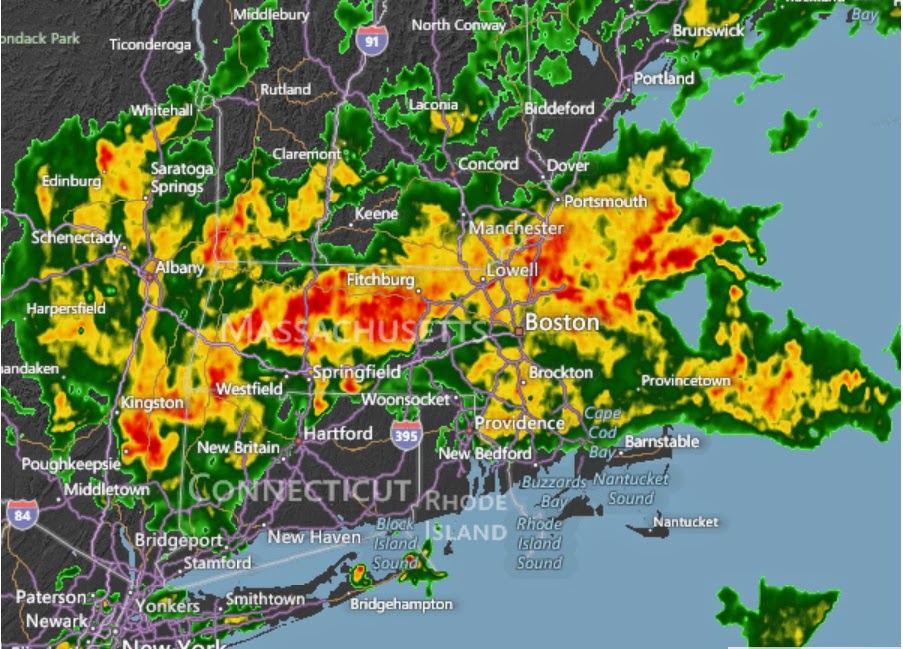 The storm had been predicted for almost a week and the weather folks said we would be wet Tuesday, Wednesday and Thursday.  But Monday evening and Tuesday morning they were getting serious.  By Wednesday the local channels were doing the program interrupts to tell us of the progress of the storm and that Wednesday night would be the worst.  You know, the local TV news reporter braving the hurricane force winds down on Cape Cod telling us of the terrible beach erosion and for everyone to stay inside as he gets knocked around by salt spray and you say to yourself,  "The news media are not too intelligent!"

We are 60 miles from the coast but our camp ground is getting hammered by winds, sidewise rain, lightning and thunder and debris coming down from the trees.  I have not ventured out much except to let the dogs empty their tanks.  Close by a large limb came down and damaged a fifth wheel's pick up truck putting a big dent in its dually flair side. Lots of smaller stuff are scattered all over.  Sirens last evening and last night woke me several times. 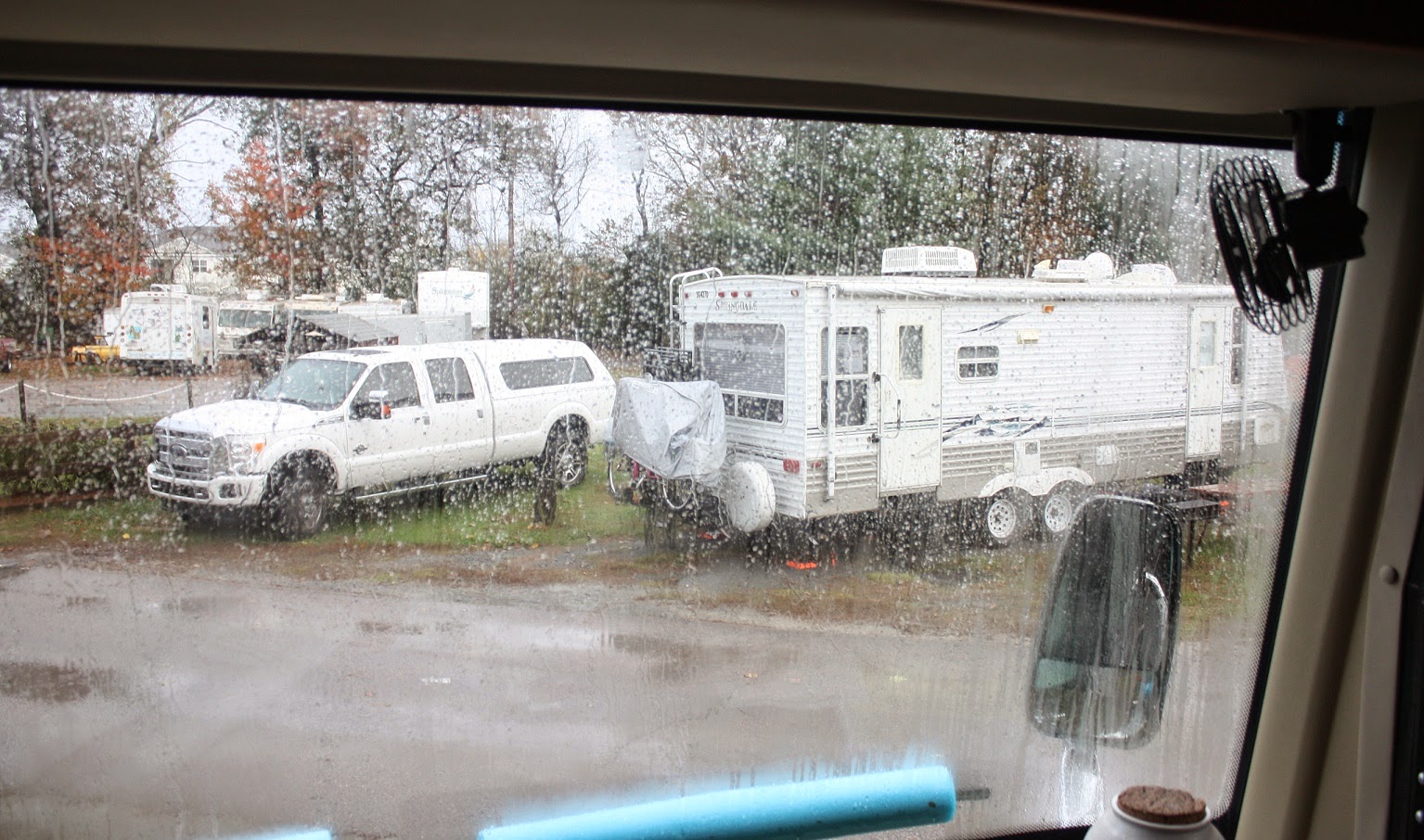 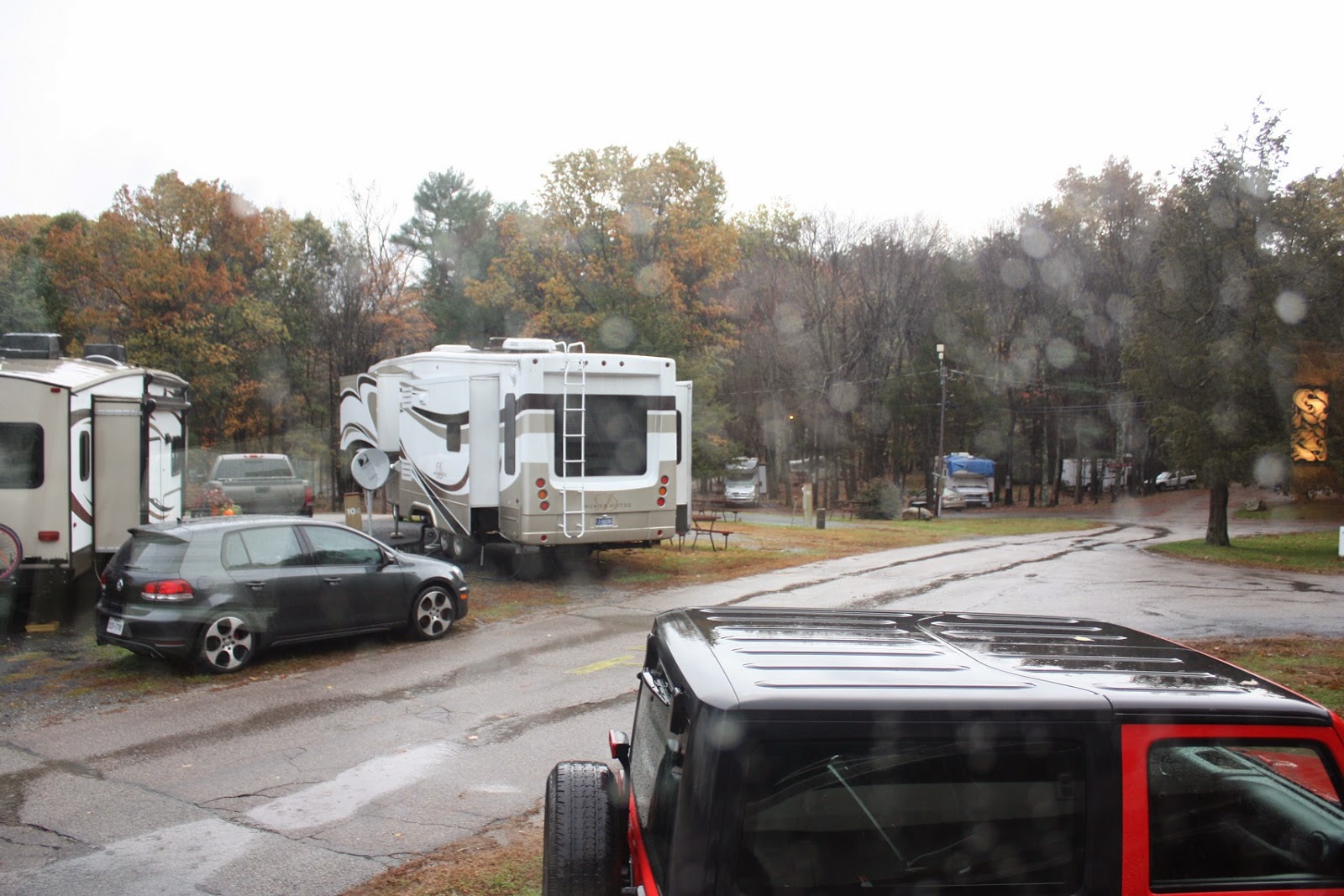 Thank God, we have not lost power! I am a little surprised that the hodge-podge electrical system in this park stayed up. We brought in all our awnings early in the day on Wednesday as the wind was already playing tunes with them.  We debated bringing in the slides as the 33,000 lb. coach was rattled and shook from the wind.  We were worried about the slide toppers that constantly flapped and growled.  We hoped that they would not get damaged.  We are far enough away from trees not to worry about them coming down on us.

With the morn we have new confidence that the storm will abate.

Posted by Phaethtofulltime.com at 5:57 AM