For many of us older Americans, Stockbridge is famous for being the home of one of the most famous pop artists of the 20th century - Norman Rockwell.  He was a prolific illustrator and documenter of American life from the roaring 20's to the turbulent 60's.  His work was seen and enjoyed by millions because his art was distributed via the popular media of the time - books and magazine covers.

When I was in art school, Norman Rockwell was the center of a controversy whether his work should be classified as "art". Elitist art historians and art museum curators could not bring his work to the level of other contemporary artists because his illustrations were commissioned and paid for by mass media publishers. But three things concerning the work of Norman Rockwell were beyond controversy - his ability to capture Americana new no equal, the style in which he worked made him the most loved of all illustrators of his time and he was indeed a consummate draftsman. 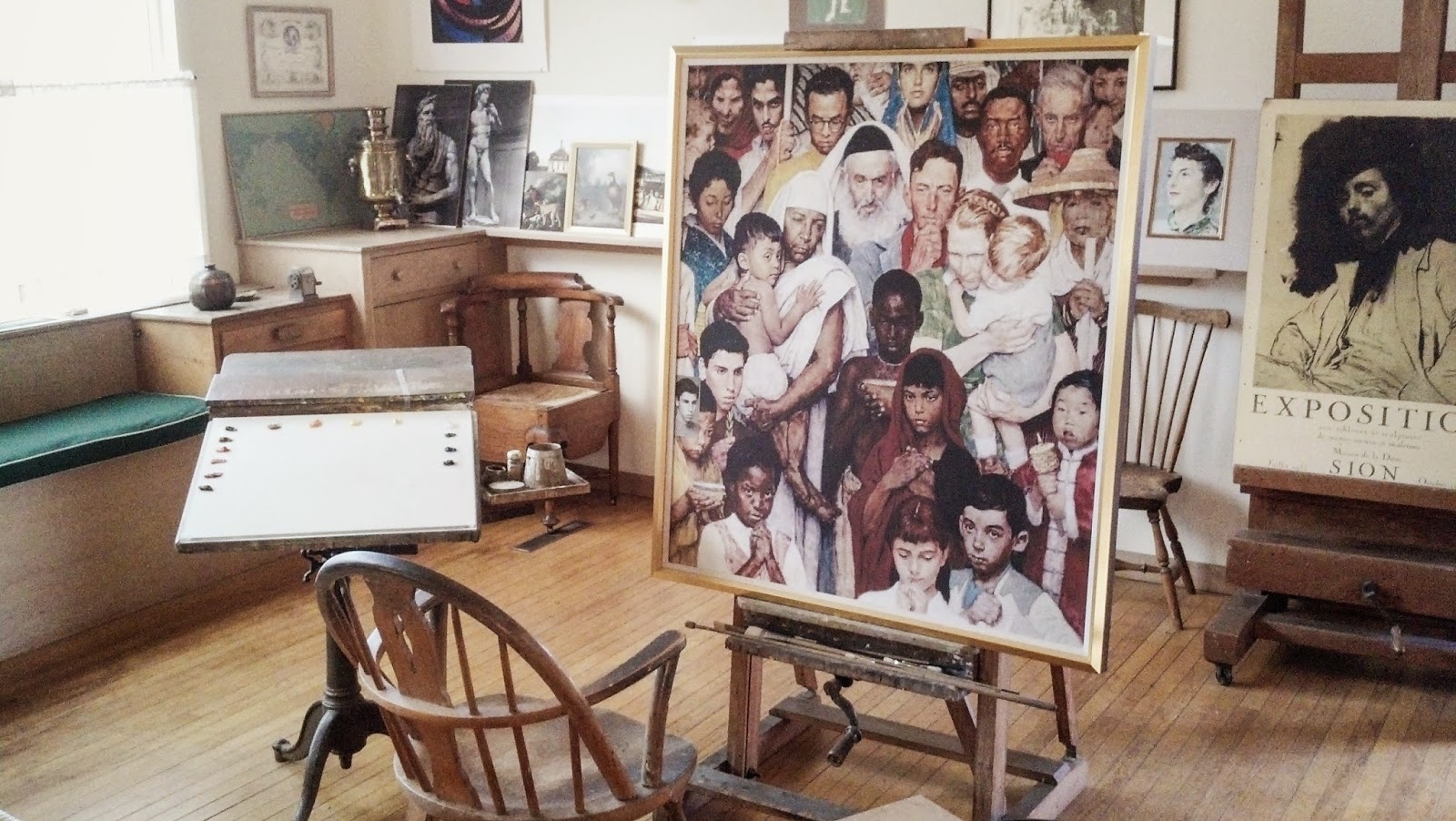 Rockwell's workshop was moved to the grounds of the Norman Rockwell Museum in Stockbridge. 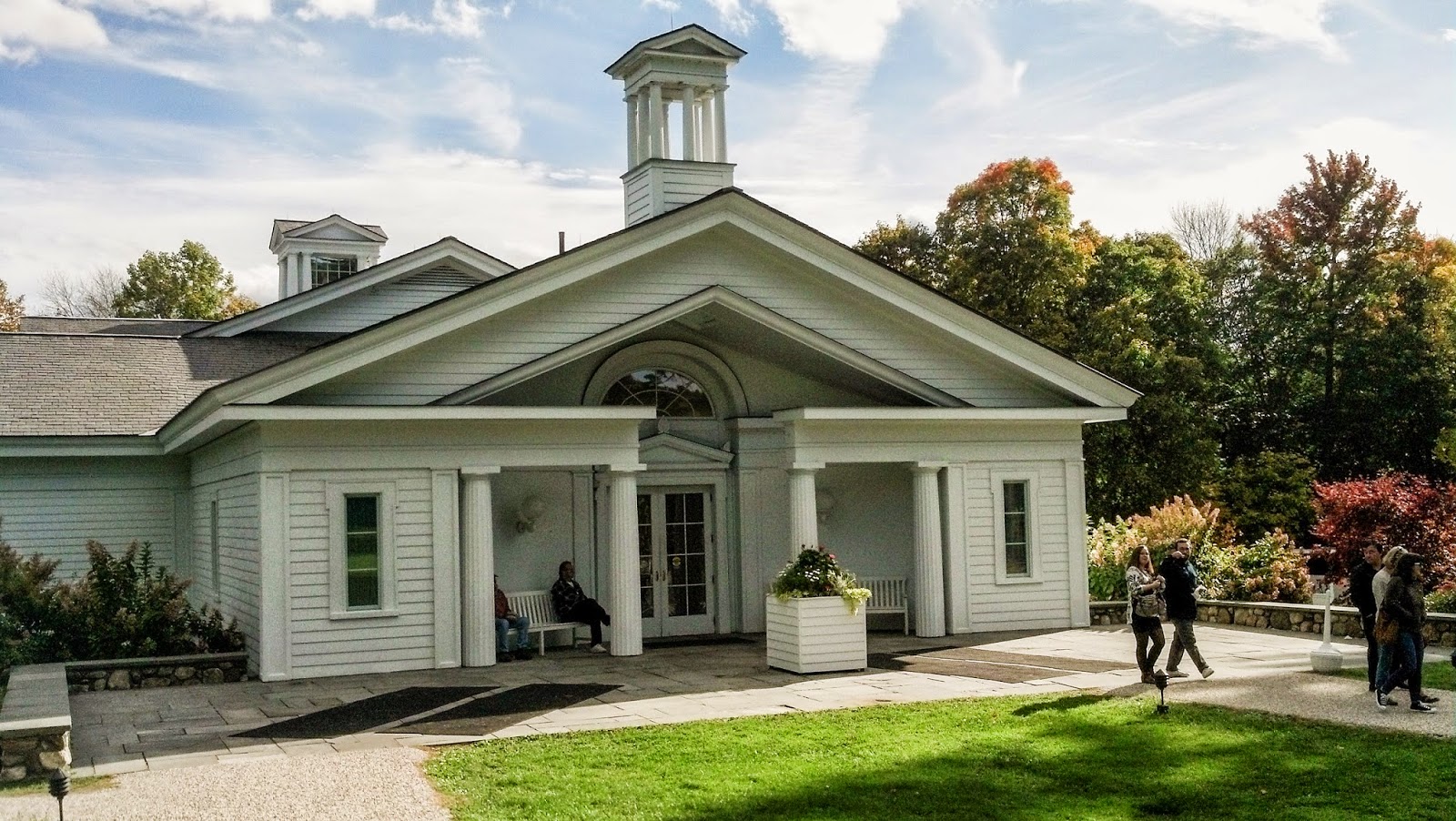 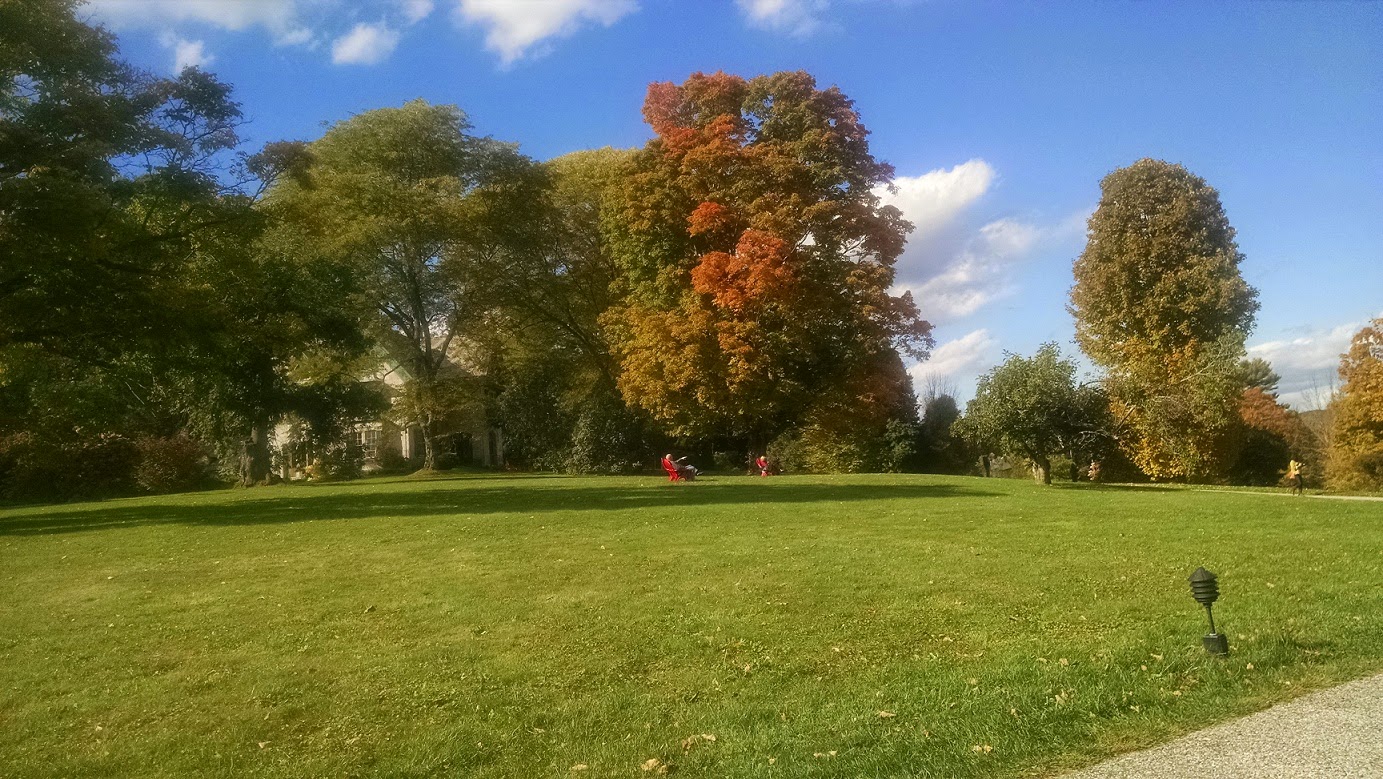 Grounds of the Norman Rockwell Museum. 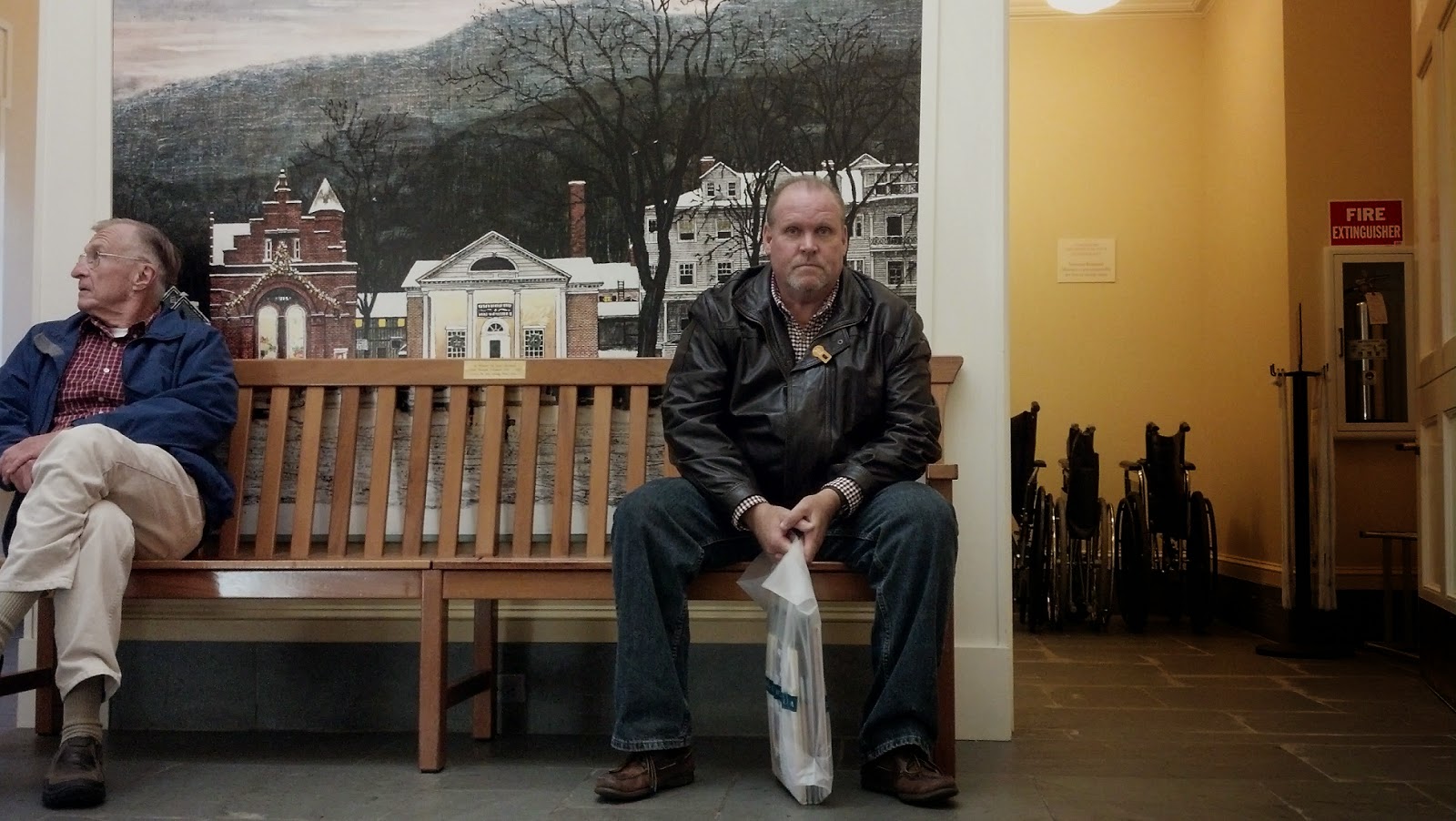 This is my "Rockwell inspired" photo I took while at the museum. I did not take any photos of his work or any of the other exhibits as my camera would not do it justice.  You can Google Norman Rockwell and see his work for yourself.
The Town of Stockbridge ...
﻿ 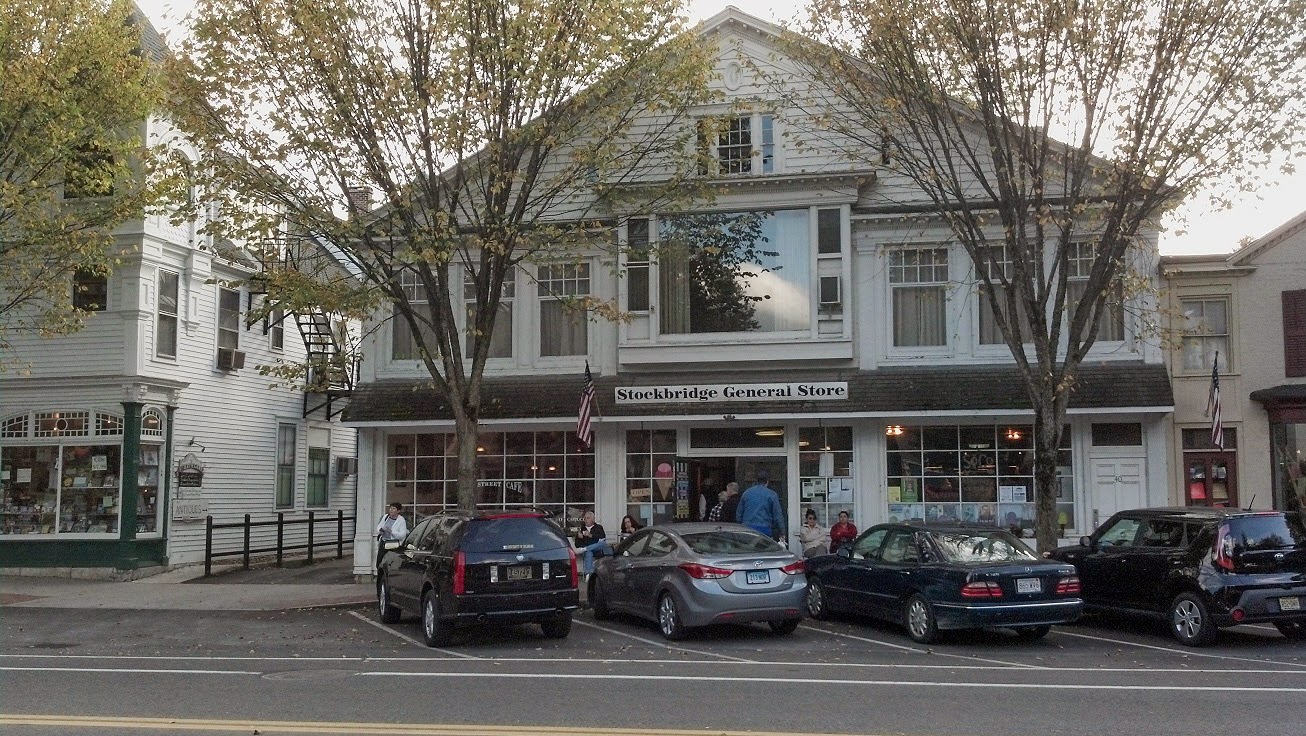 This is probably the most recognized "general store" of all general stores.  Norman Rockwell painted this retail establishment for a Christmas scene that appeared in The Saturday Evening Post in 1950's.  The painting has been reproduced prolifically on Christmas cards since. 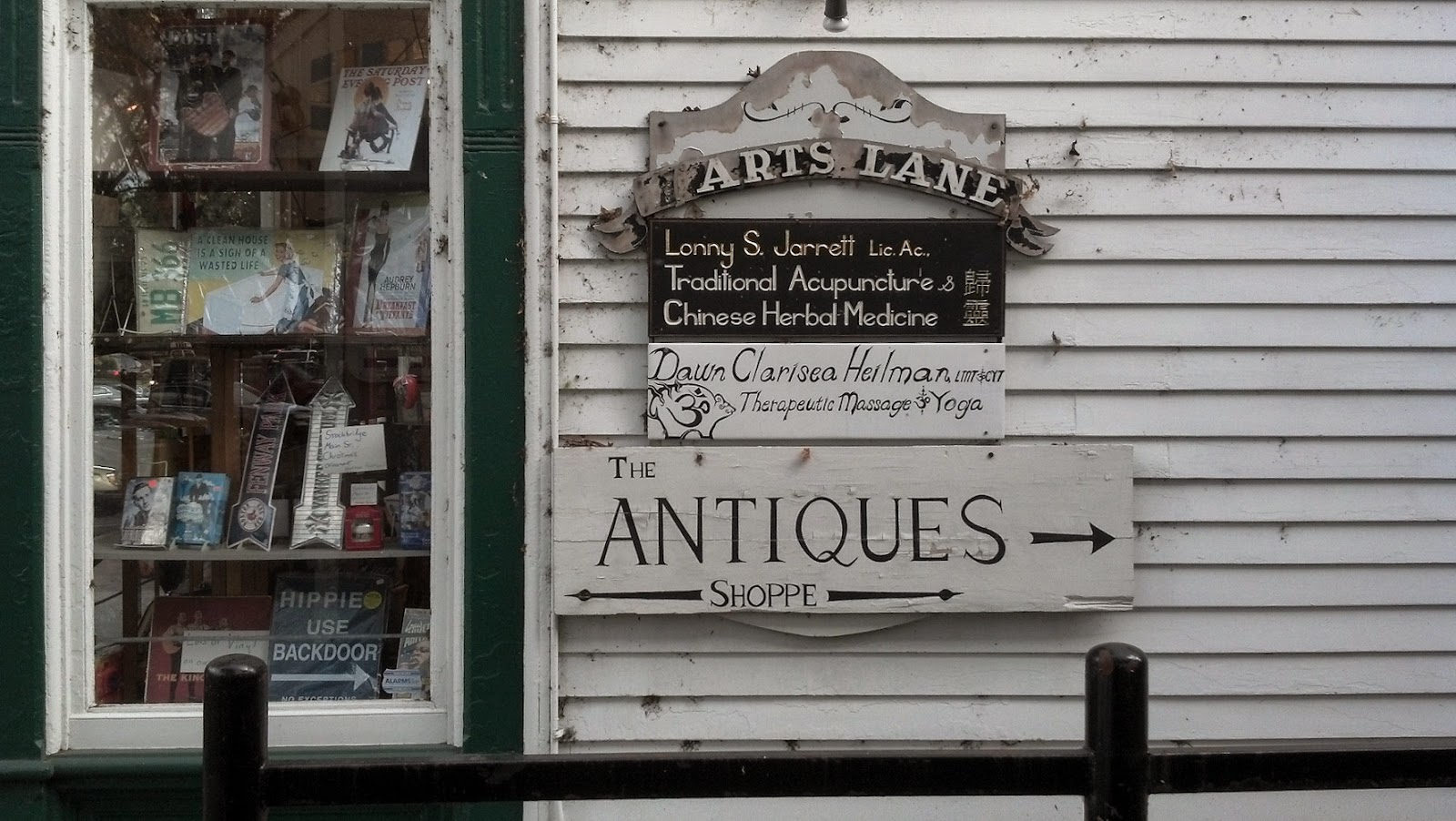 The "art of" acupuncture and massage. 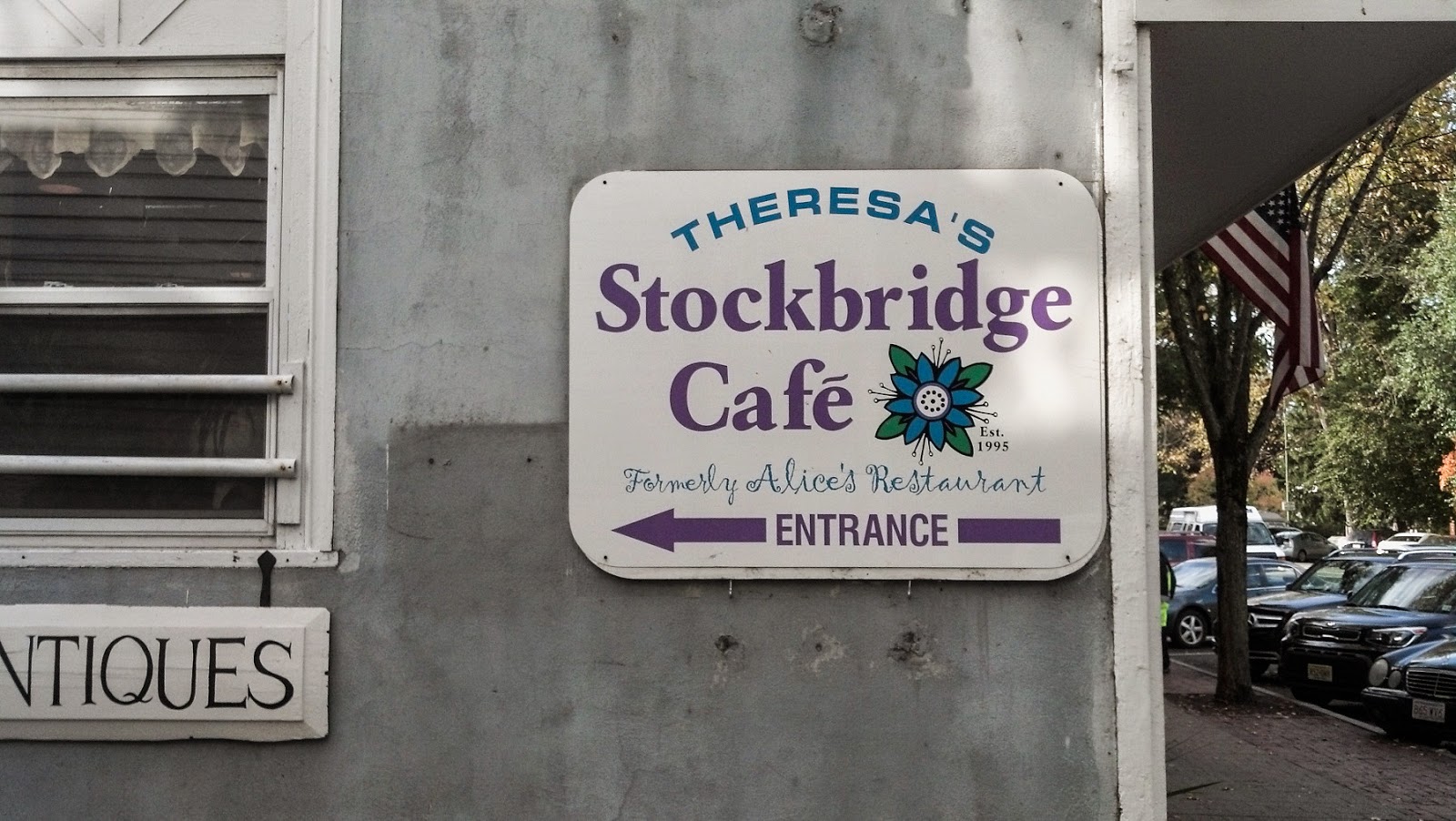 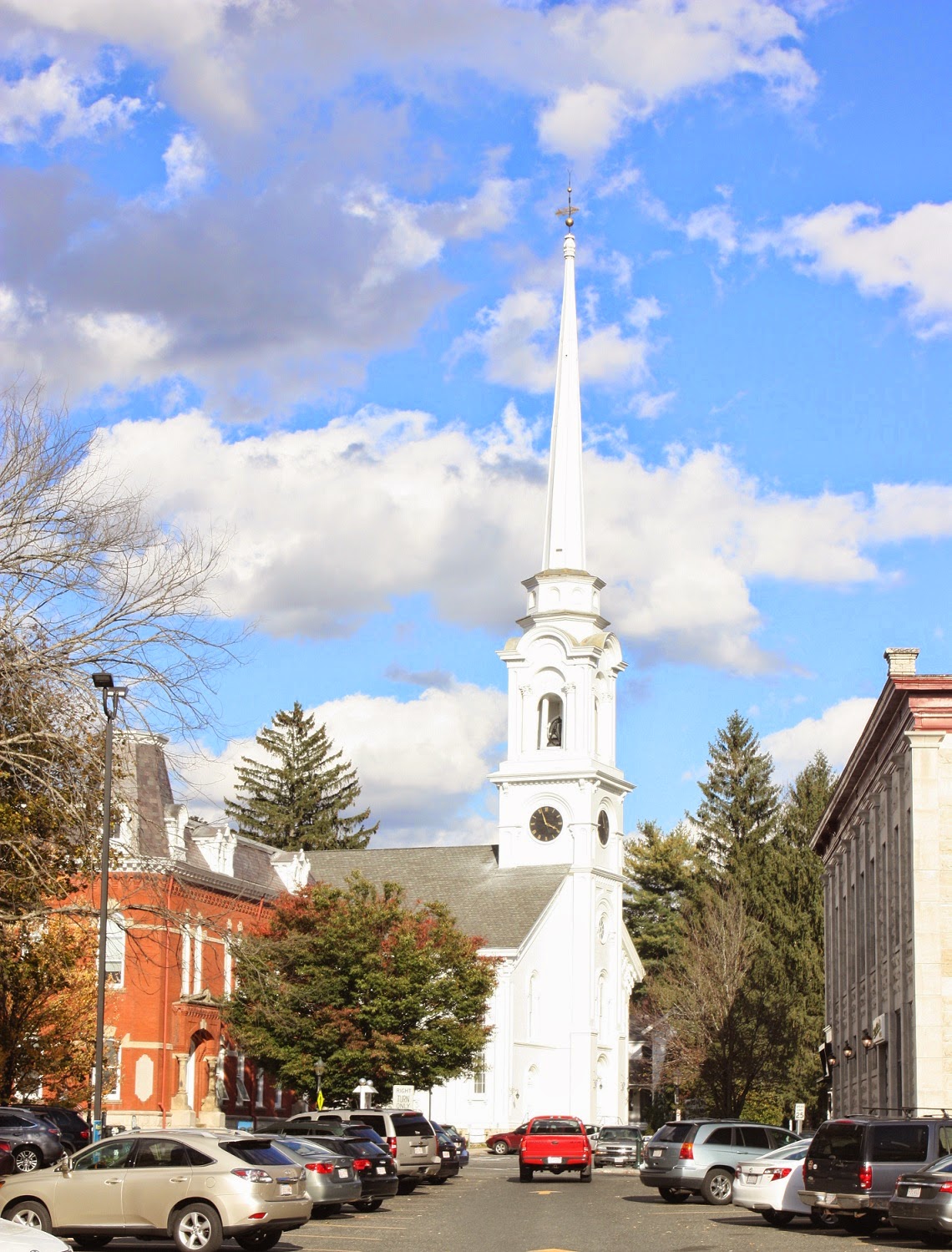 You can't come to this part of the country without marveling at church spires.
﻿
The Stockbridge Railroad Station ...

This is for all of you who are railroad buffs.  I am included.  The station now houses the town's library since the last passenger train left the station many years ago. 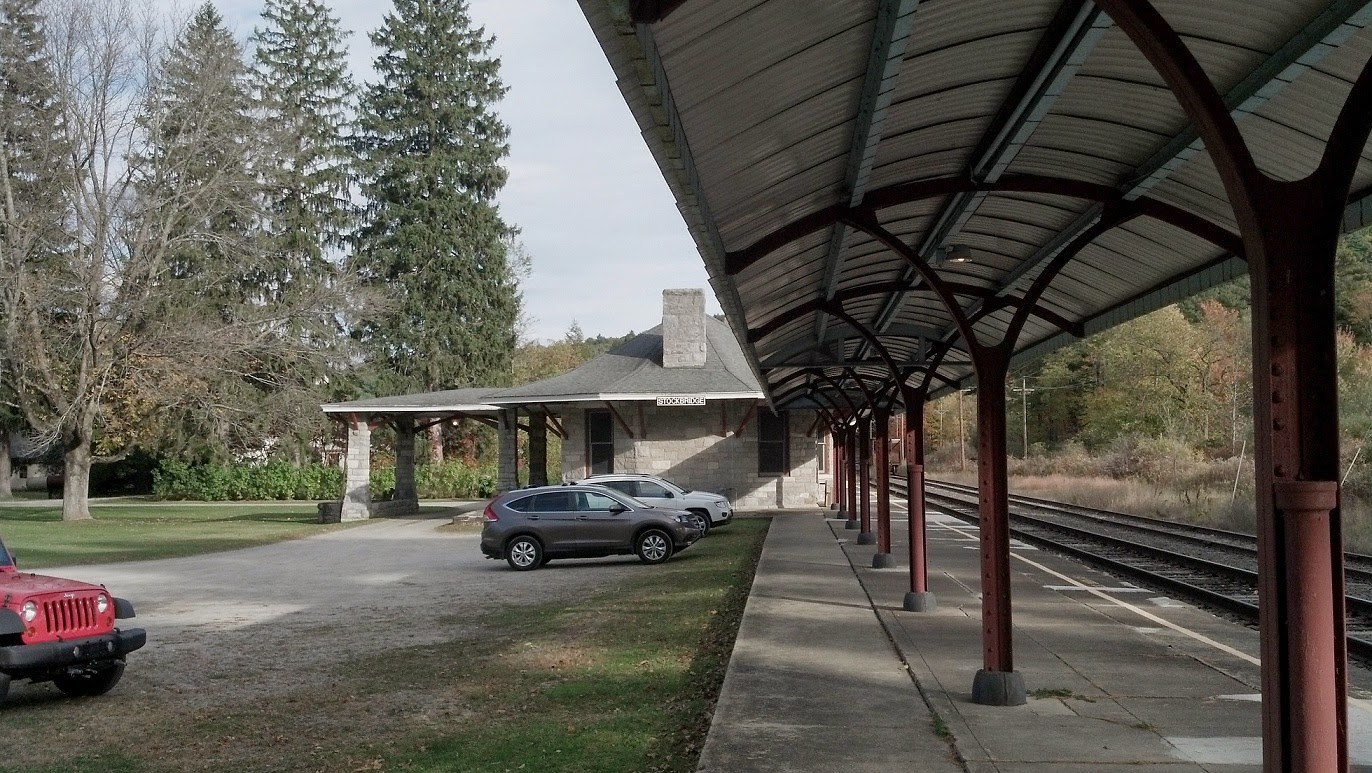 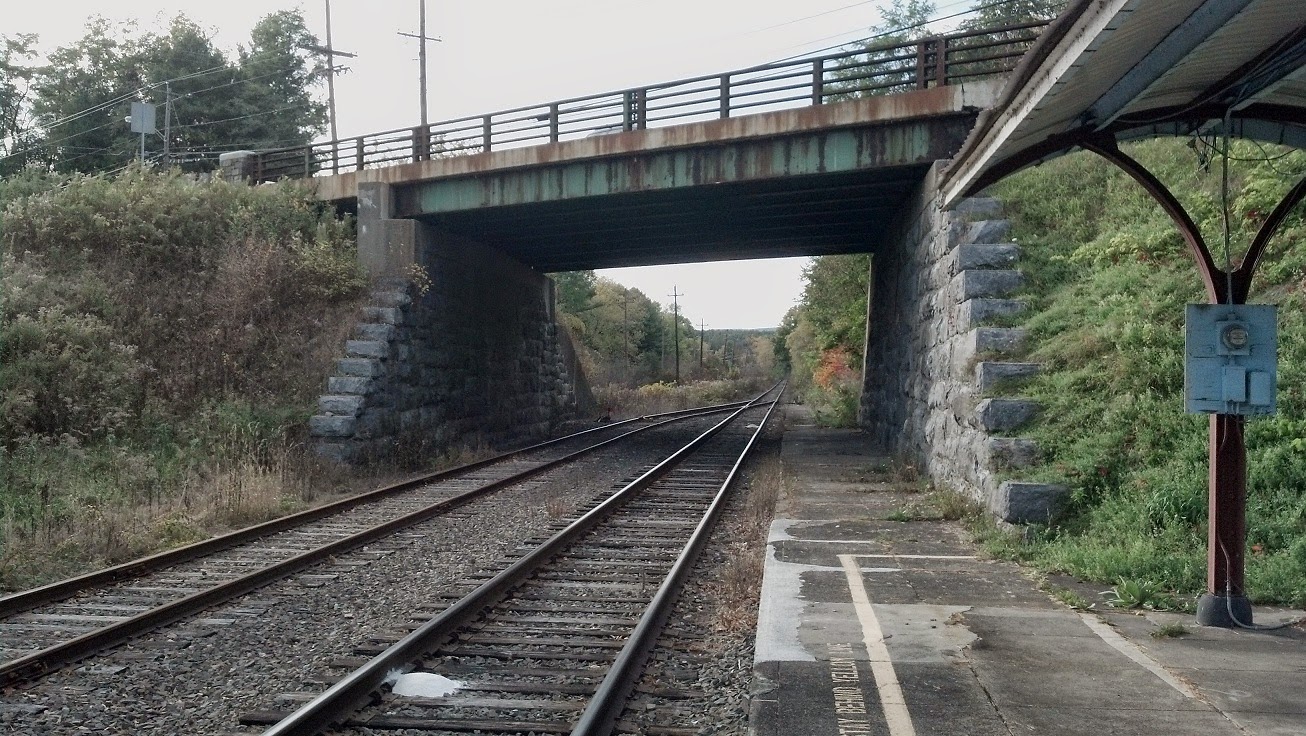 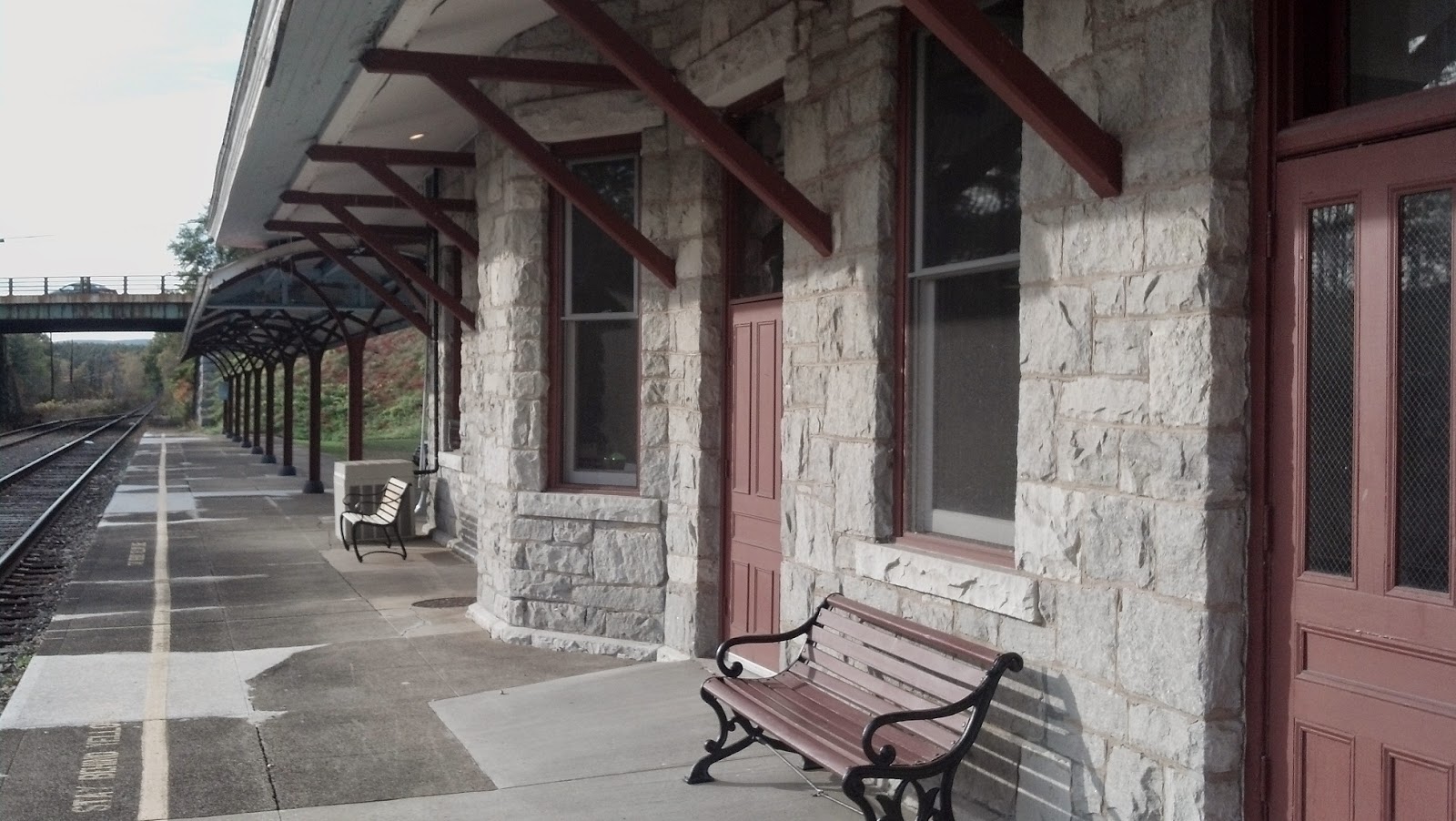 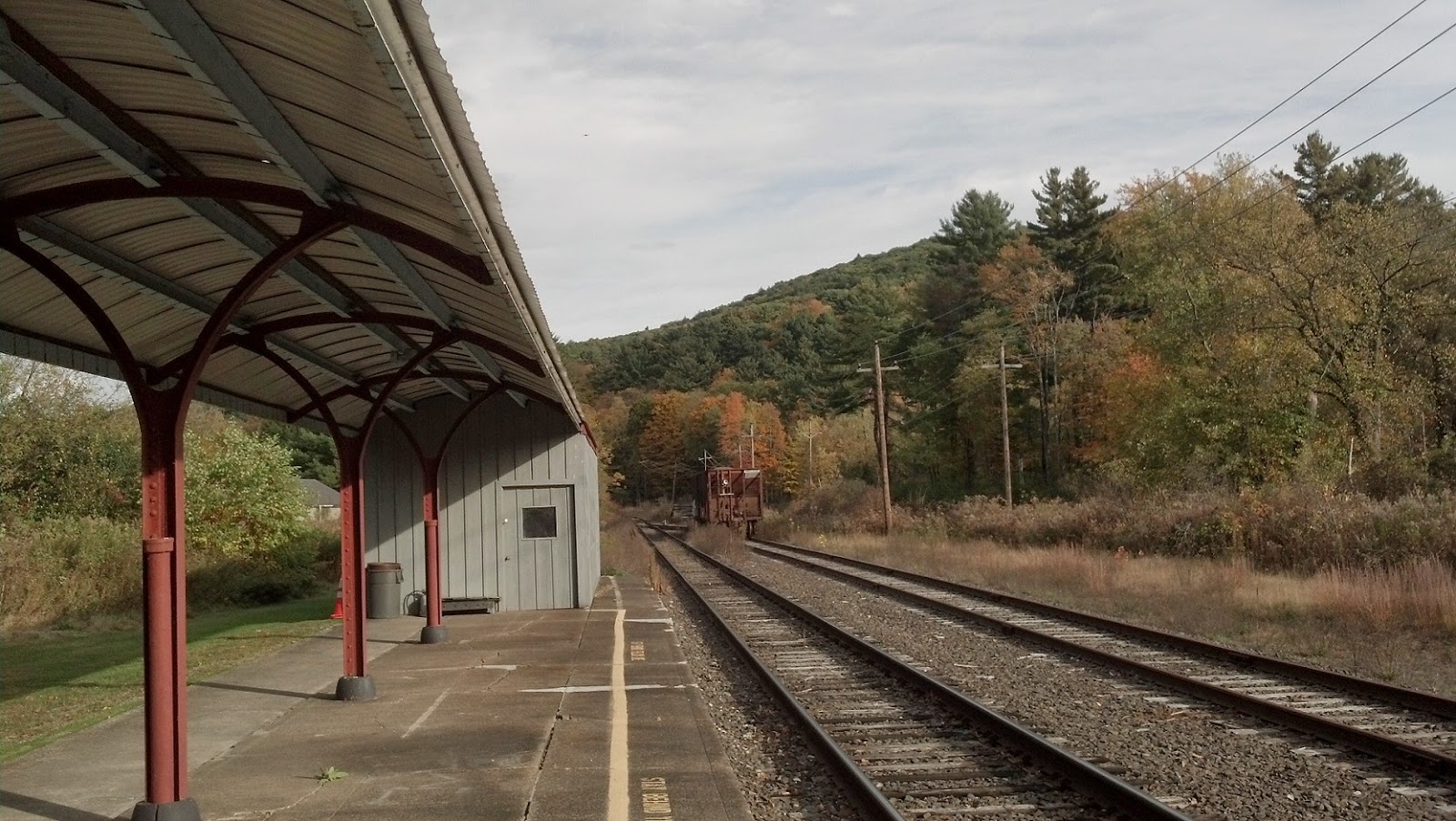 ﻿
Posted by Phaethtofulltime.com at 10:37 AM