Saturday we all went apple picking. It is sort of a local fete at a near by farm in Hudson, MA.  Very large selection of apples from cooking apples to just plain sweet eatin' kind. We also enjoyed cups of hot apple cider and apple cider donuts.  Picked up some nice pumpkins, too, while we were there.

One of the rarer species of the fruit was the Sheep's Nose Apple.  It is red like an apple but there is where all the similarities with apples end.  Shaped more like a plum tomato, it tastes amazingly like a potato.

It was a super day out in the country! 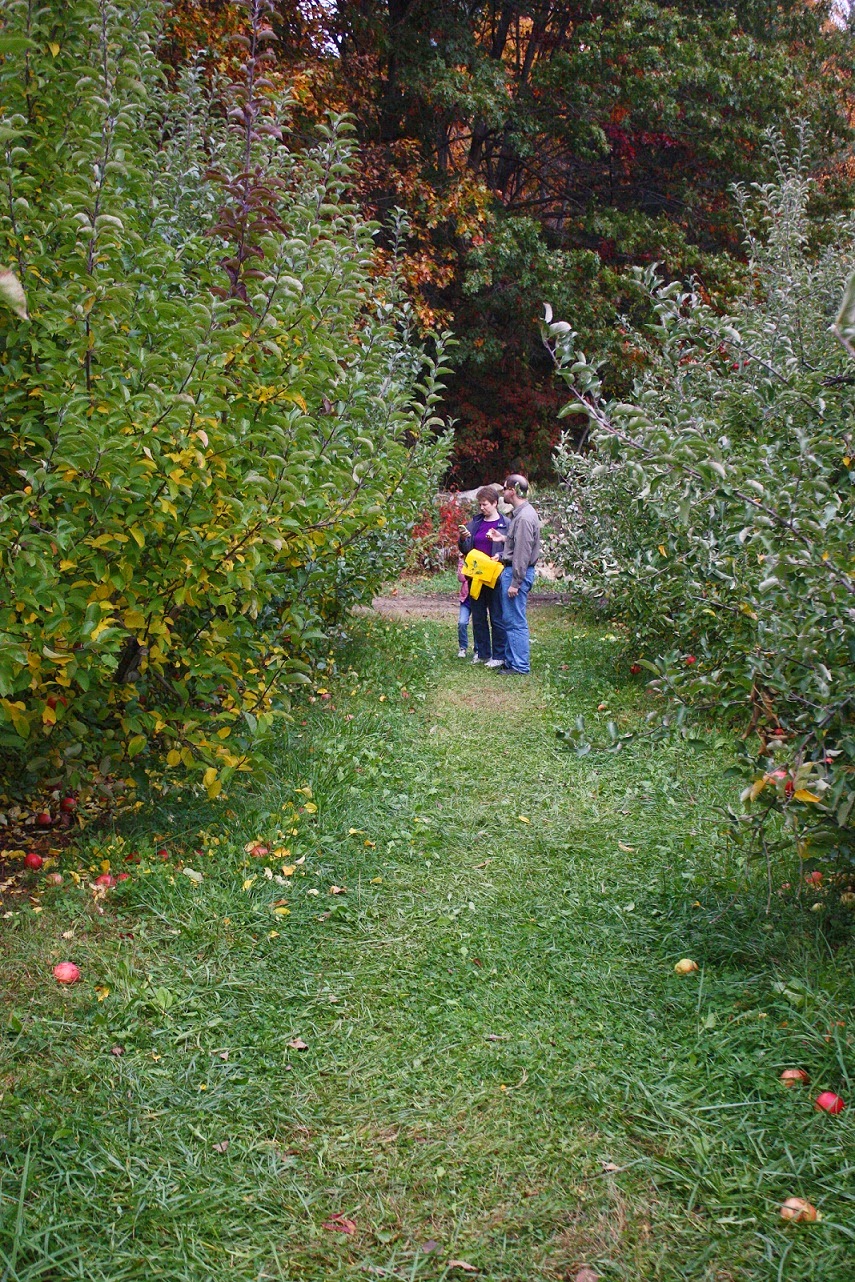 A handy smart phone and Google is valuable to help you select the variety you want. 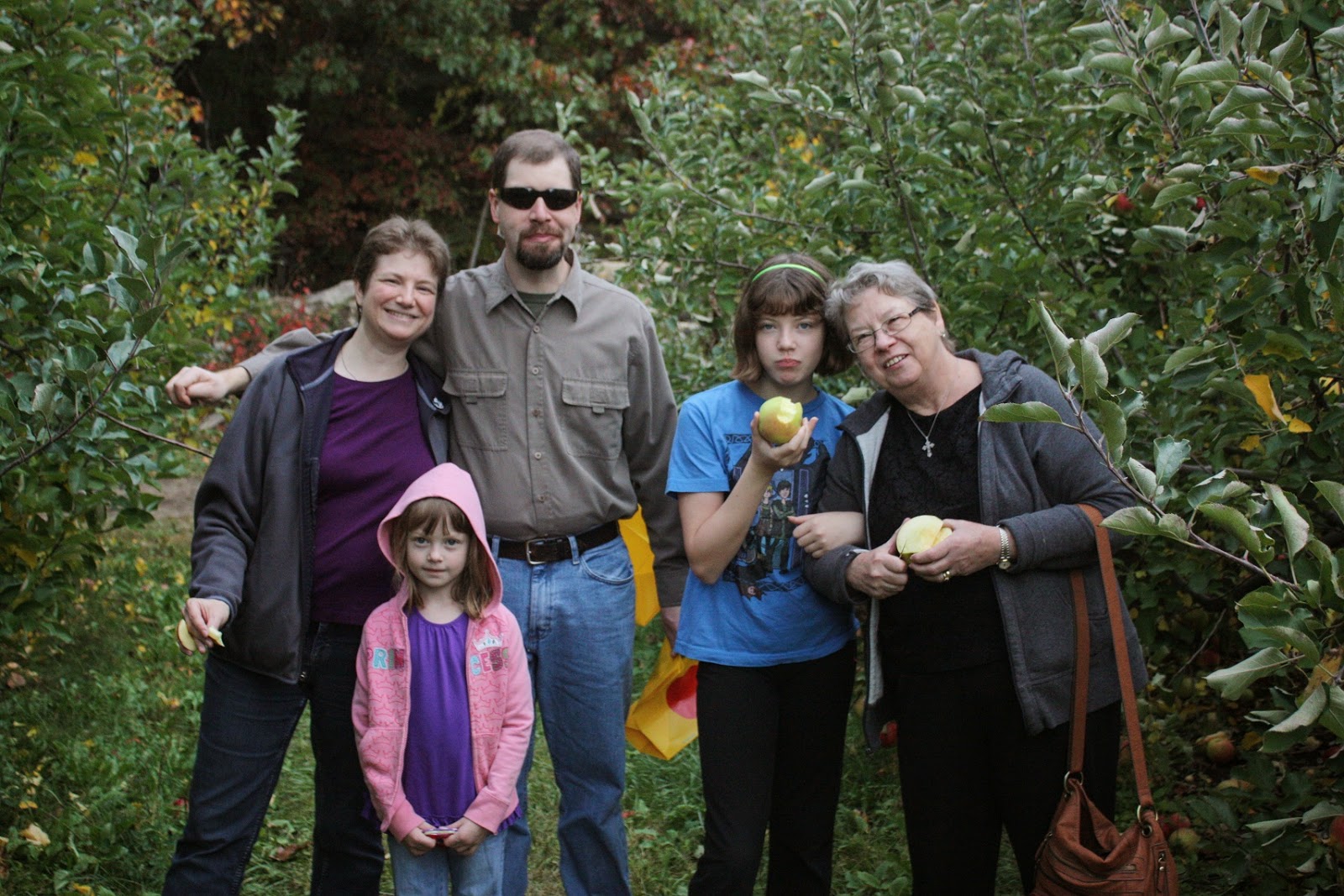 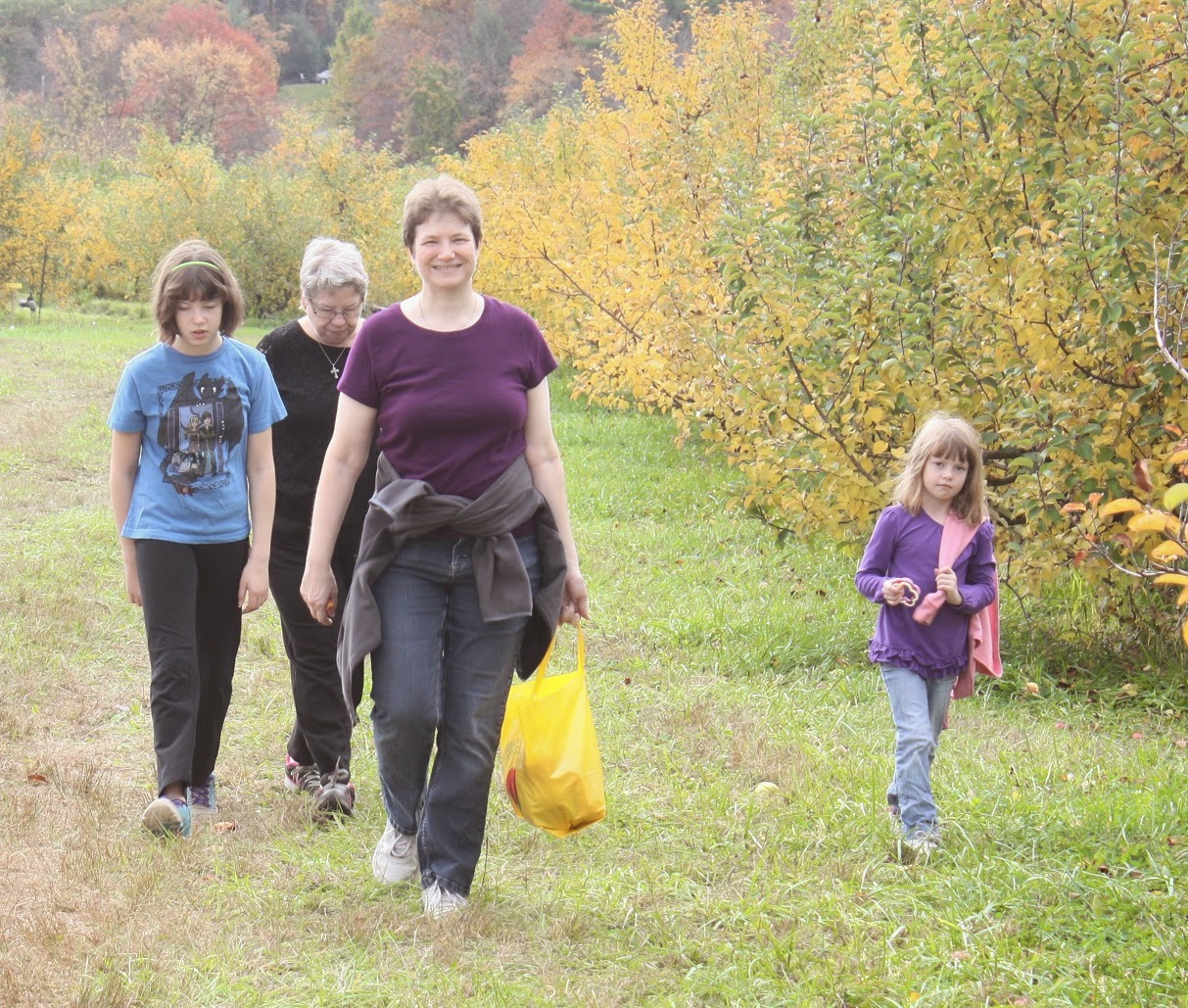 We hiked through rows and rows of all kids of apple trees. 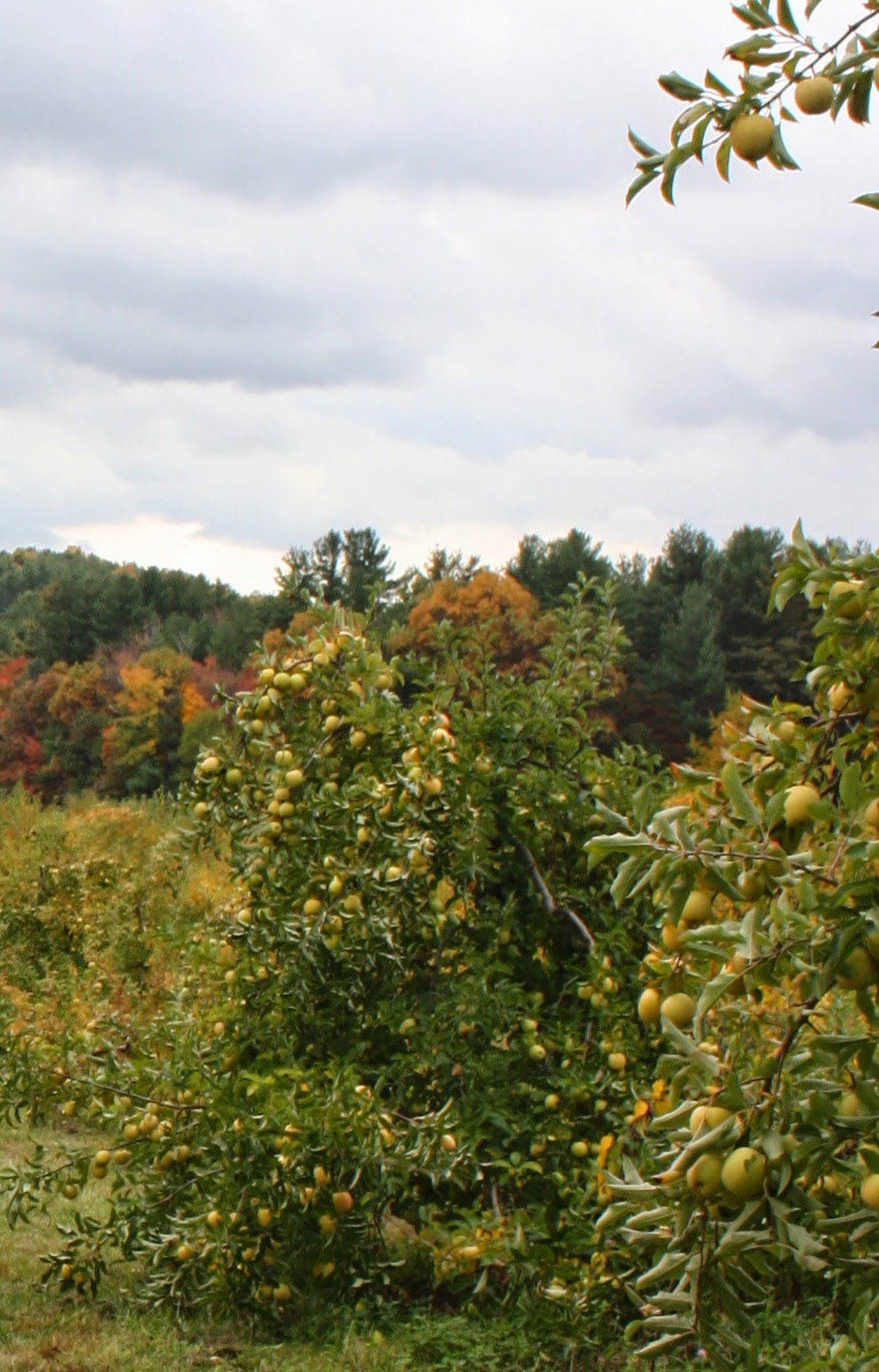 Golden Delicious.  These really lived up to their name.  By the time this variety gets to the grocery store it has lost it's crispness and some of its sweetness.  It is best right off the tree! 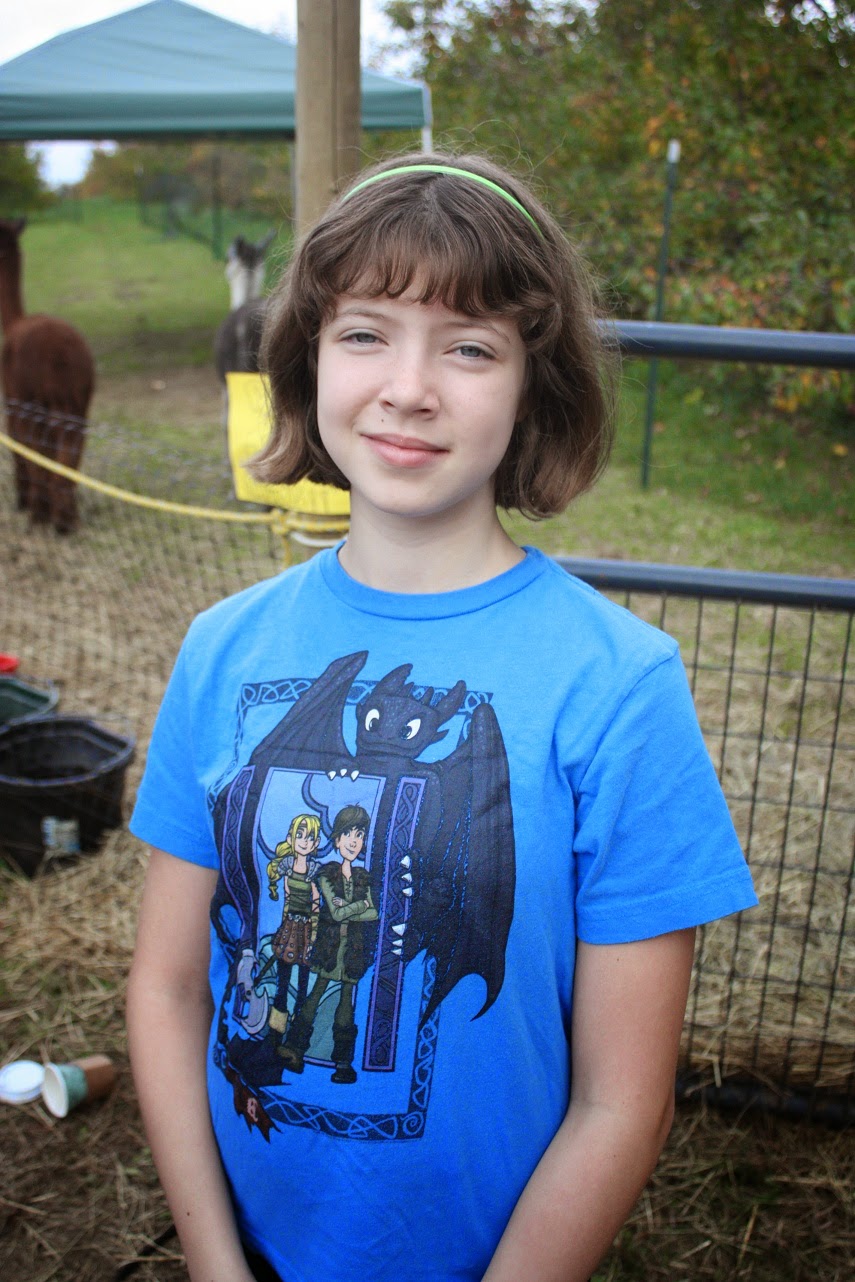 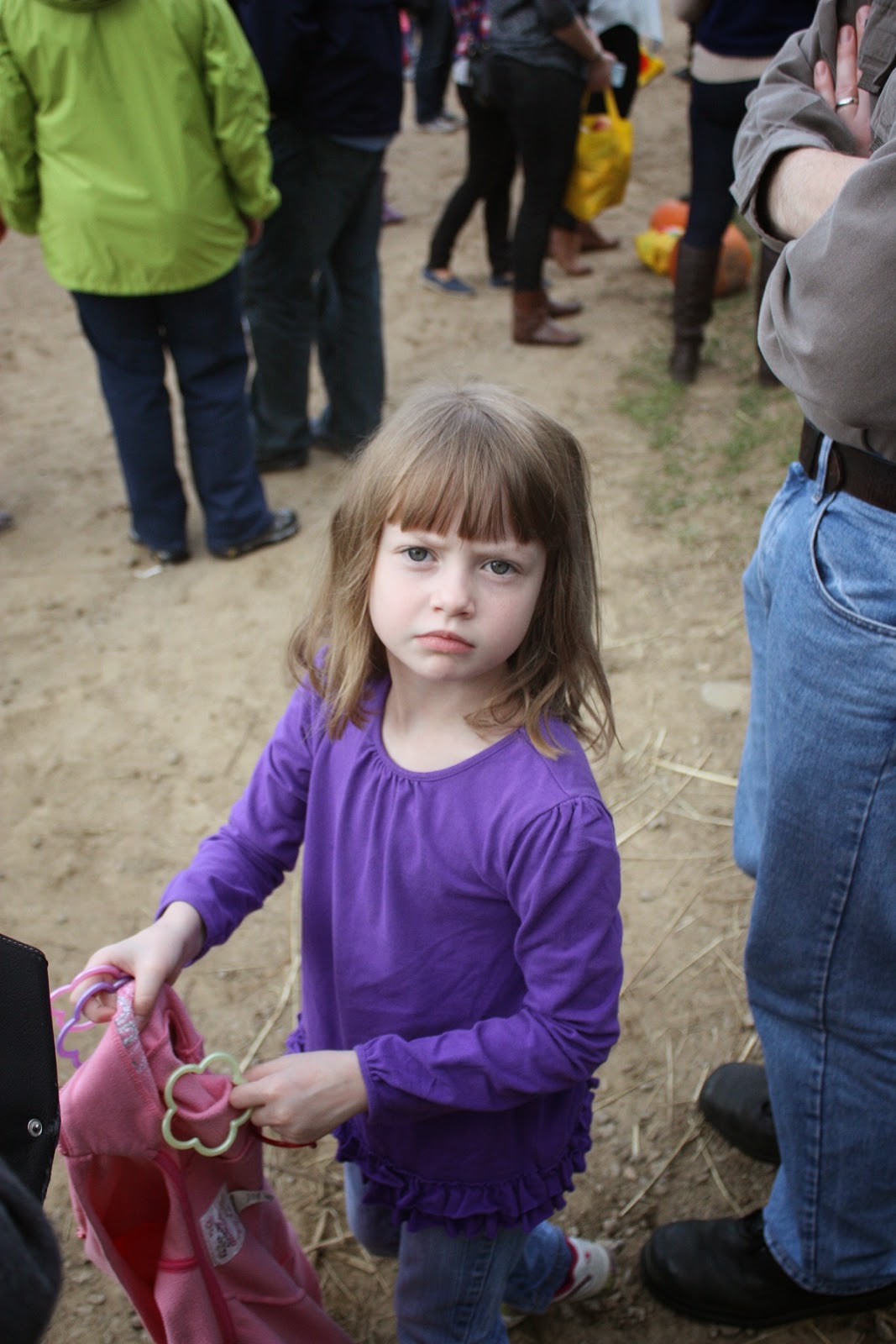 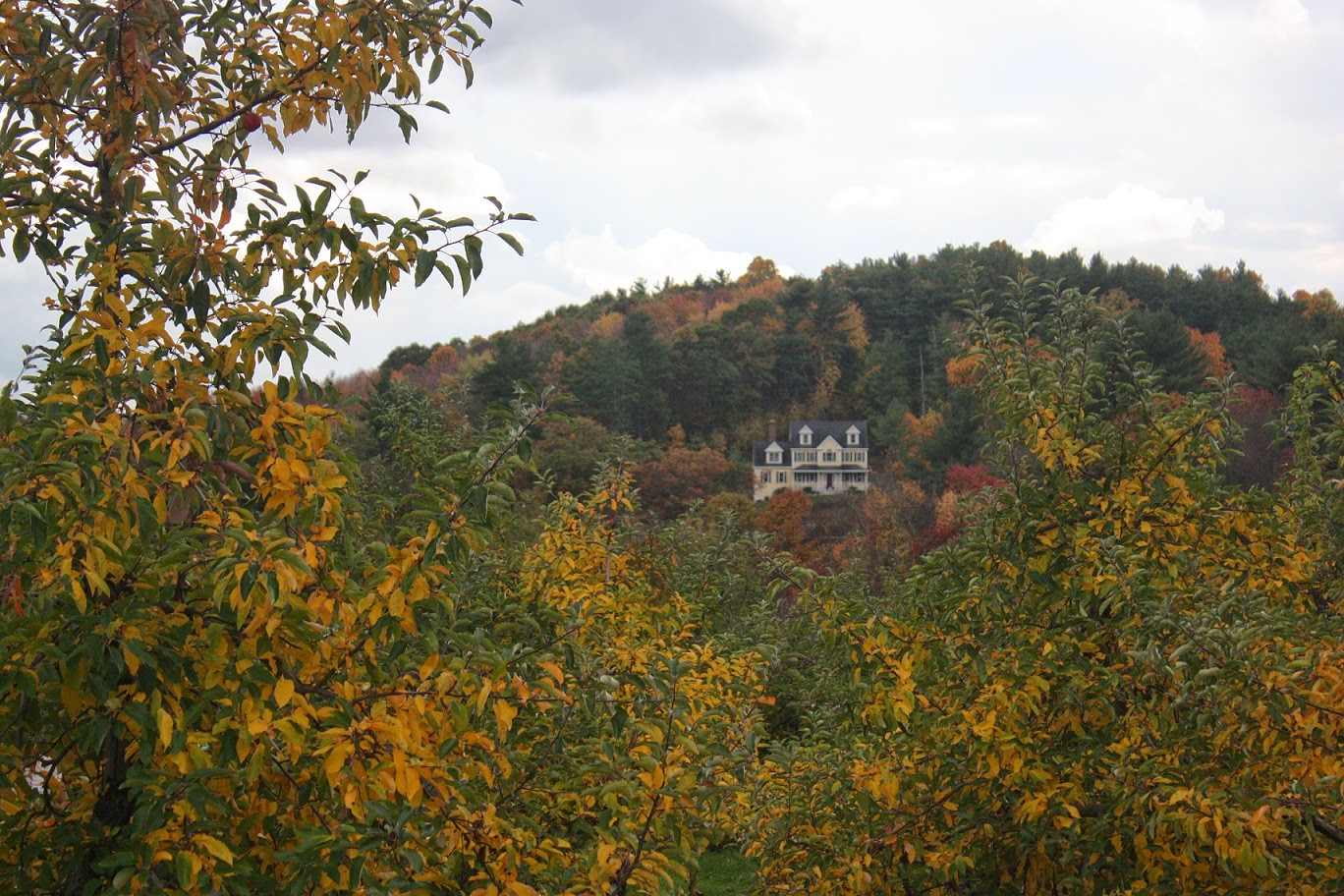 How'd they get that house up there? 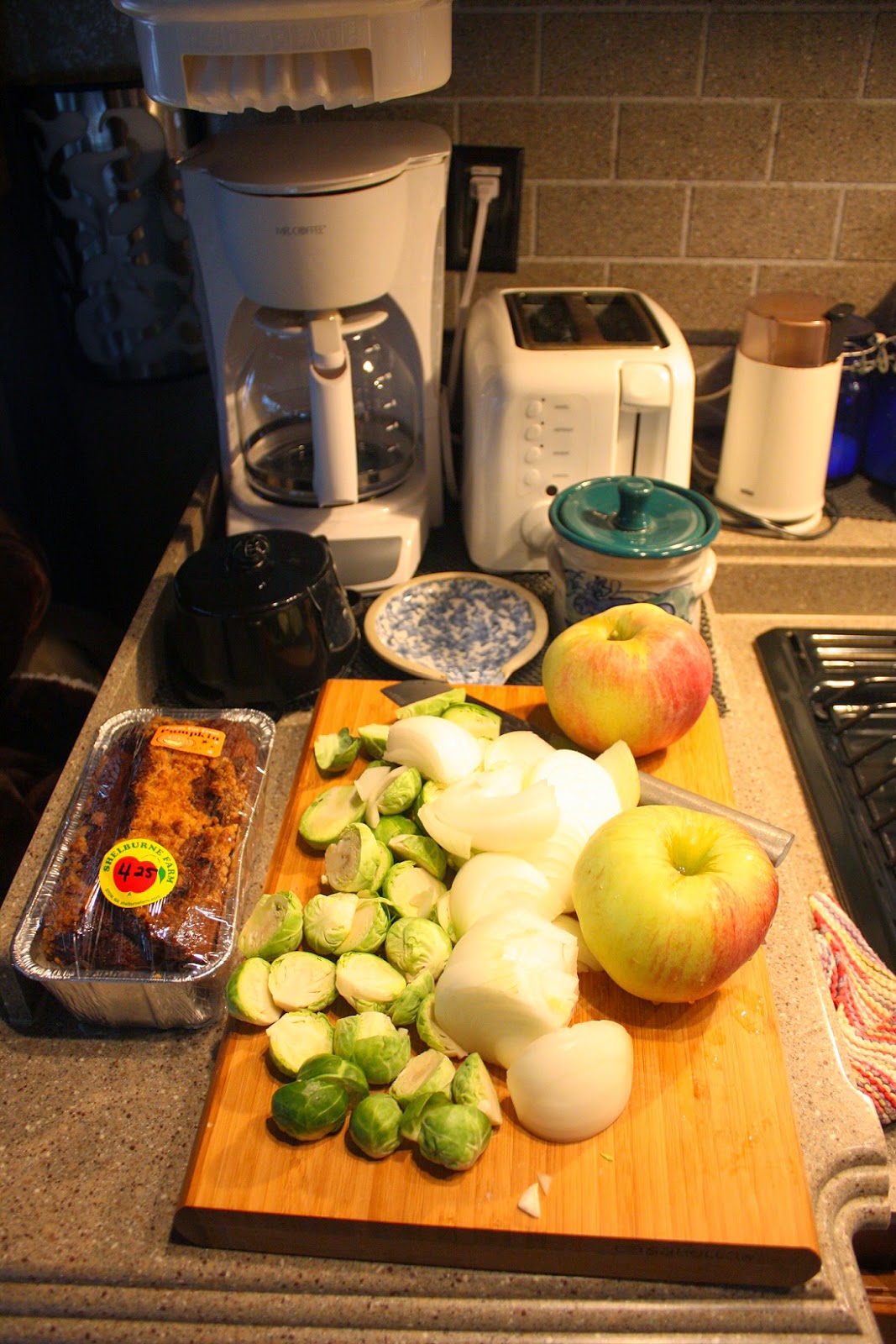 Last night Joanie was preparing a meal that used a couple of the apples we picked.  Braised pork tenderloin chops with sauted vegetables - sweet potatoes, onions, brussels sprouts and apple slices.
Posted by Phaethtofulltime.com at 8:14 AM