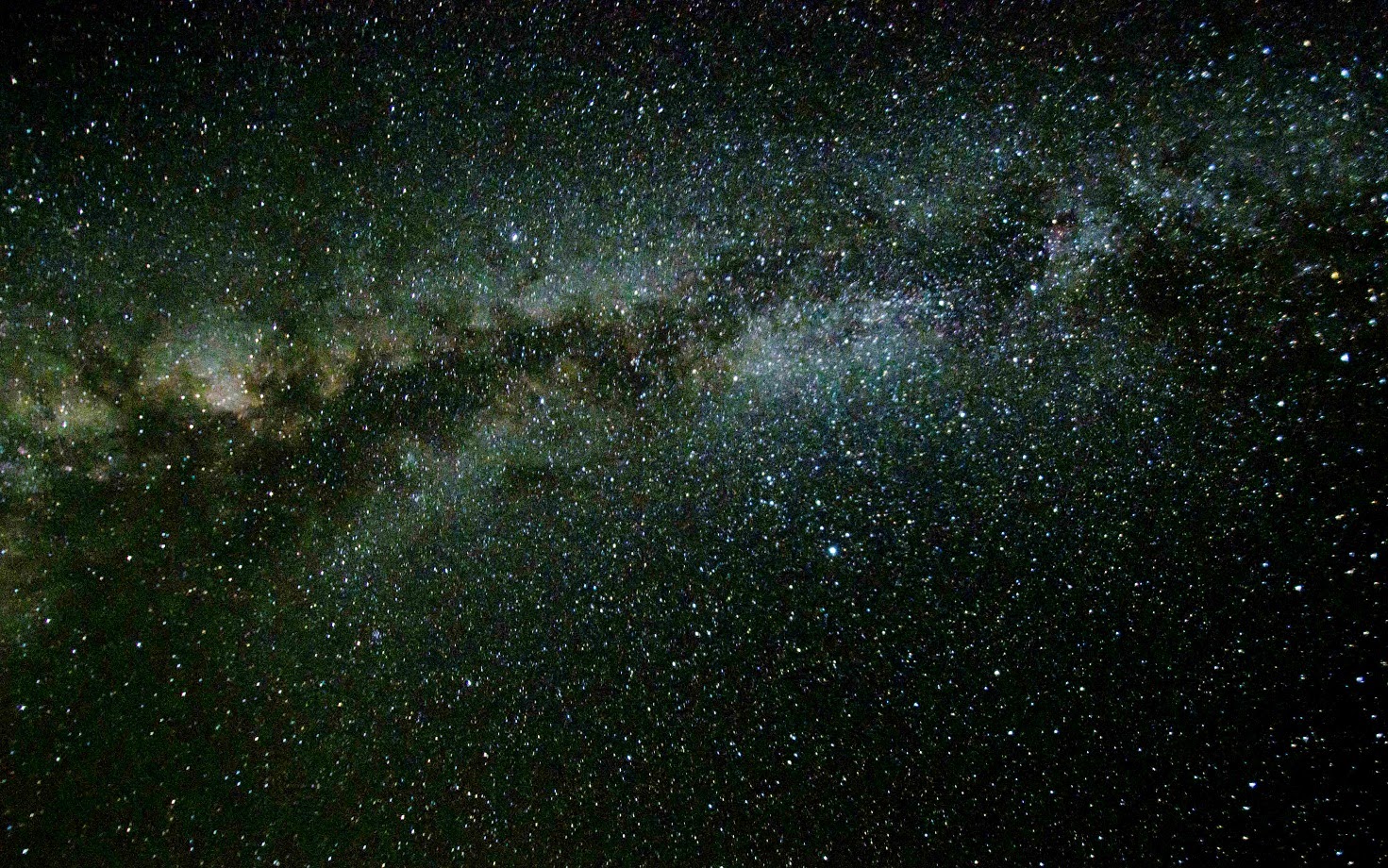 I had read and heard other RVer's accounts of encountering the night the way God made it before we all moved to the cities and could not see it anymore.

The night before last the air had cooled off and was dry and moon had not yet risen.  I took the dogs out to empty their tanks one more time before we went to bed. As I always do I looked up but this time I was swept up into the brilliance of the heavens!

I had to go in and grab my binoculars and was enthralled by the shear density of stars.  This is what you cannot see when you live in or near cities.

We are camped near Nowhere, New York.  There is a spot on the map called Austerlitz, New York near the Massachusetts boarder.  It is not really a town - there are no stores or even a gas station.  It is where two county roads intersect in the Berkshire Mountains.  The closest city is Albany, NY many miles away.  The only reason we know this is because we have satellite TV.  Cell phone service is next to non-existent and there is no cable or over-the-air TV.

Yesterday the camp ground closed for the season - we are the only ones here.  We leave this morning. The campground has turned off all their lights.  Last night the stars were occluded by heavy clouds.  The dark was almost absolute. I have experienced this kind of dark before when developing photos in a dark room and in caverns way beneath the surface of the earth.  I had never experienced it "out in the open".

The sounds of silence is deafening.  The air was totally still.  The crows and birds were silenced by the dark as well.  We are not near any highways so there is no background traffic noise.  You can hear the occasional leaf fall to the ground.

God is close to you all the time but never so much as when  it is just the two of you.


Posted by Phaethtofulltime.com at 5:24 AM