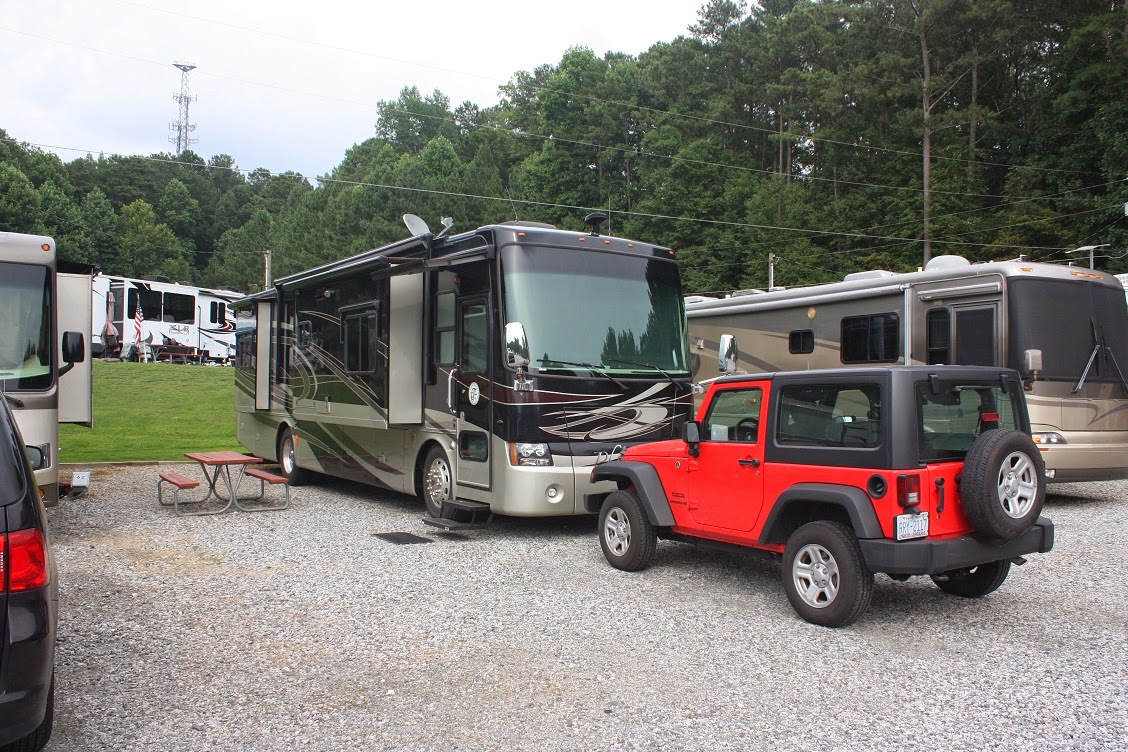 One thing that they did not make clear in their advertising was the fact that they have no 50 amp electric hook up in any of their pull-throughs. We had to "back-in" to our spot. I have always asked for and received a pull-through.  I have never executed a back-in before.  You don't back a motorhome like you do a car because of its length, its turning radius and it has no rear window.  But for my first time, God was watching over me and gave me the biggest, easiest back-in anyone could have, a back up camera and big mirrors.  He also blessed me with Joanie and as she was my outside eyes, she guided me in to our spot perfectly. 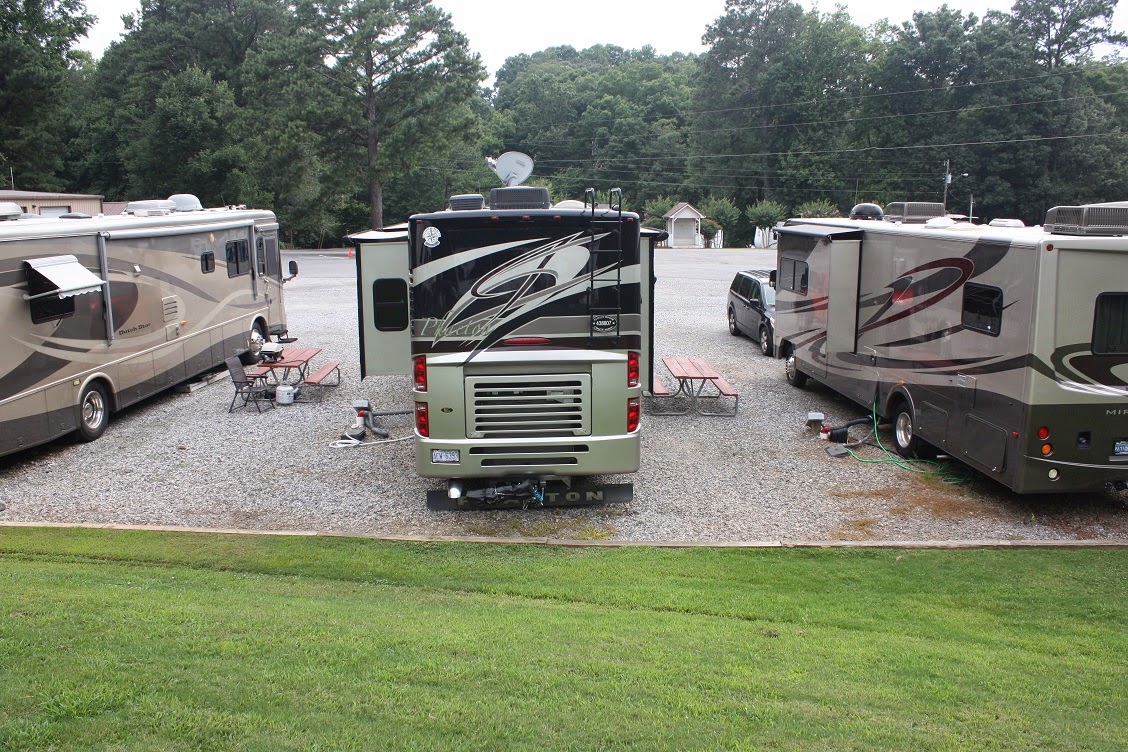 This shot shows all the room out in front of our spot in which I had to maneuver. Whew!


***
﻿
I don't want to disparage the really good RV park but the owner's attitude reveals that he had no real interest in his customers.  He could not care less for customer service because he doesn't care at all.  He totally lavishes all his attention on an old hot rod that he either acquired or restored himself.  I have to admit it is pretty cool and sounds great! 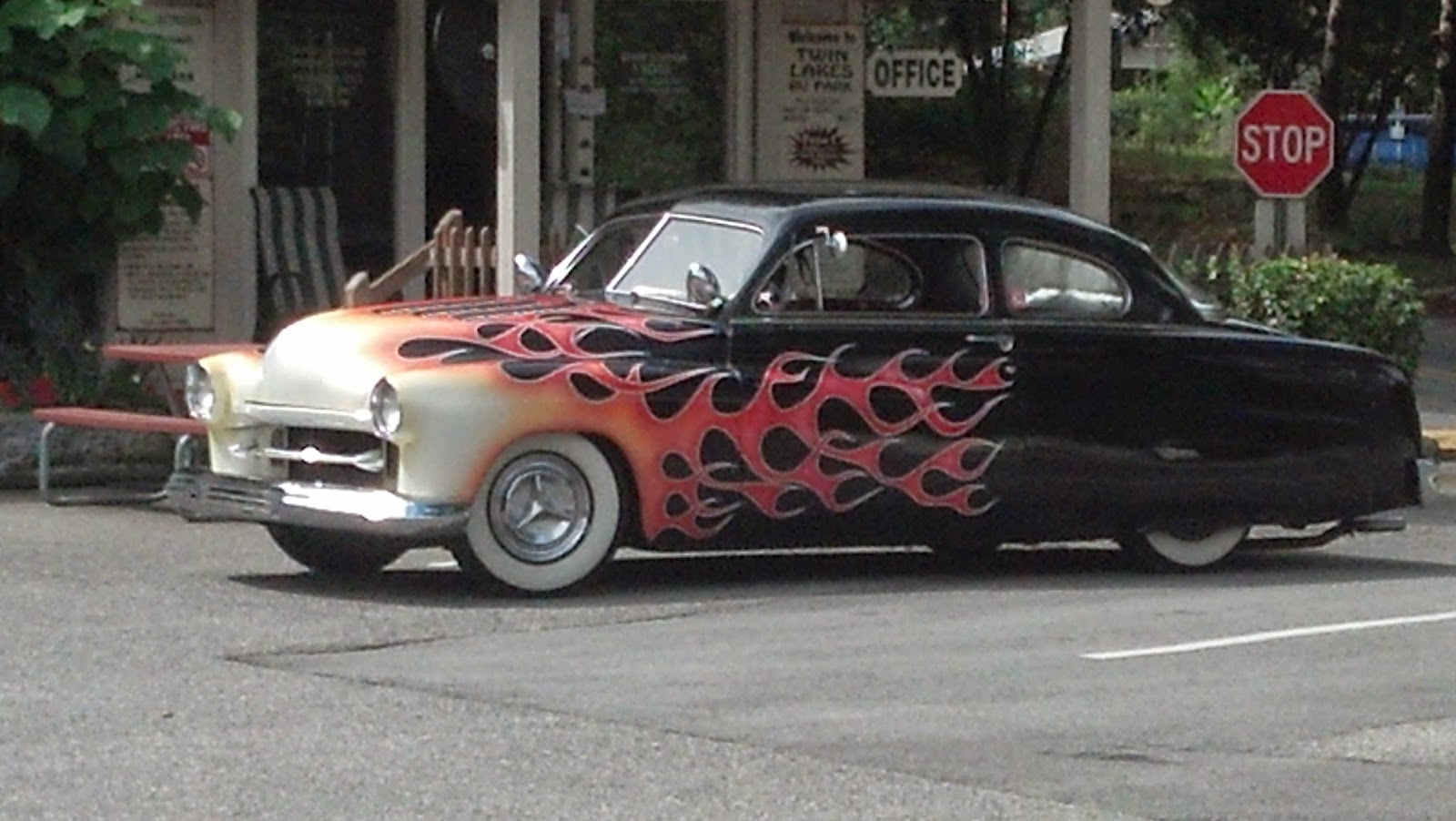 ﻿
Posted by Phaethtofulltime.com at 8:05 AM