Yesterday we broke camp at John Prince Park Campground in Lake Worth, Florida and took the Florida Turnpike south.  The day was not without its learning curve.


1.       John Prince Park is a great place!  It is large and spacious and that is most unusual for a metro campground.  It is on a lake that has a boat ramp, has a variety of hook-up options and camp site sizes, is clean and well maintained (it is a county owned park), security is constant and it enjoys the wonderful weather that Florida is famous for.  It has a fairly reliable WIFI.  It’s only drawback that we noticed was weak OTA TV channels which is not that important to us.  We will try to remember to stay here again.


2.       RV failures can happen at the most inopportune times.  Engine running, seat belts buckled and the steps won’t retract.  Everything stowed and hooked up and ready to go and the entry steps didn’t want to work and you can’t travel with your steps hanging out for many reasons I won’t go into here.  (Give me a call or e-mail me if you want to know.)  For the very first time we called Coach-Net who were very nice and helpful but it could take a day or more to have a tech come out to our location and we had a reservation elsewhere.  We had to get on the road ASAP.  It took an hour of grunting, groaning and finagling them to get them half way up and safe enough to leave.  Check out time was 11 AM and it was now 10:45.


3.       When you think you are able to go, something else blocks your path.  Trying to get out of the camp ground we encountered a small class B motorhome being serviced by a gigantic wrecker and taking up the whole campground road and campground roads are barely wide enough for one rig at a time let alone two.  They said that they “would be a least 15 minutes” which is translated as “at least 30.”  GOAL.  Get Out And Look.  I found an alternative road in the park and without having to unhook and back up, we were finally on our way.


4.       We found out that Coach-Net is really a helpful outfit.  On the way down to the Keys they called us to see how we were doing and gave us the name and phone number of a couple of their “recommended” RV techs in the Keys area which we called today.


5.       Grassy Key is really not very grassy.  But the sunsets rarely disappoint. 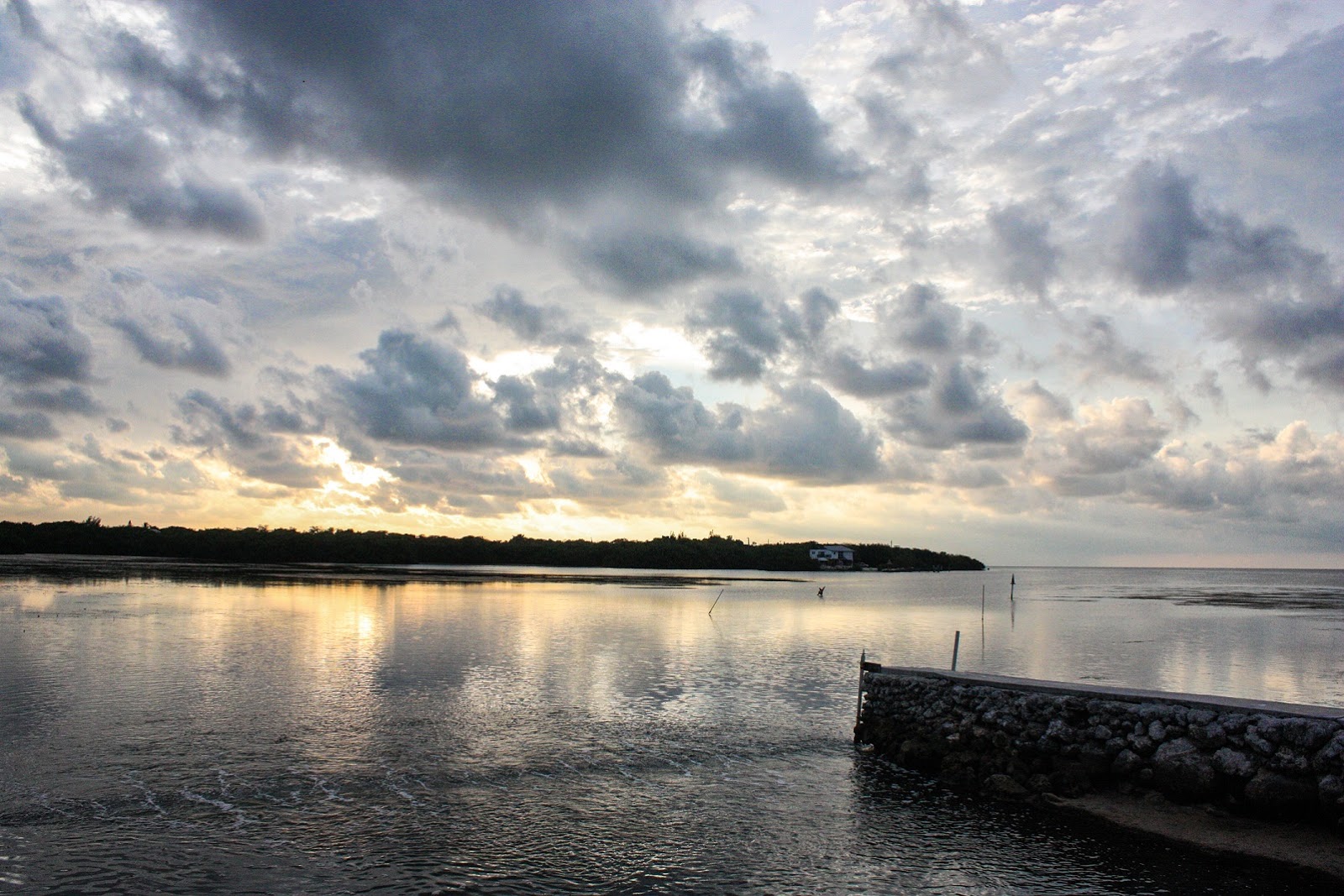 6.       All the camp grounds in the Keys are pretty small as water surrounds you closely and dry land is at a premium and probably very expensive.  Some sections of US 1 are not but a 100 feet between the Atlantic on one side and the Gulf of Mexico on the other and probably flood in storms at high tide.  US 1 is the lifeline that holds all of the keys together (it took the place of Flagler’s rail road which was built at the beginning of the 20th century.)  All along the Keys you are not but a few yards from it.  Traffic noise at night is something you will have to get use to especially when the windows are open.  But because it is summer ours are closed and the A/C is on.


7.       The Keys remind me a lot of Myrtle Beach.  Same kind of tourist stuff.  Looking out over the water is about all the “raw nature” you are going to get to see.  But it is good viewing! 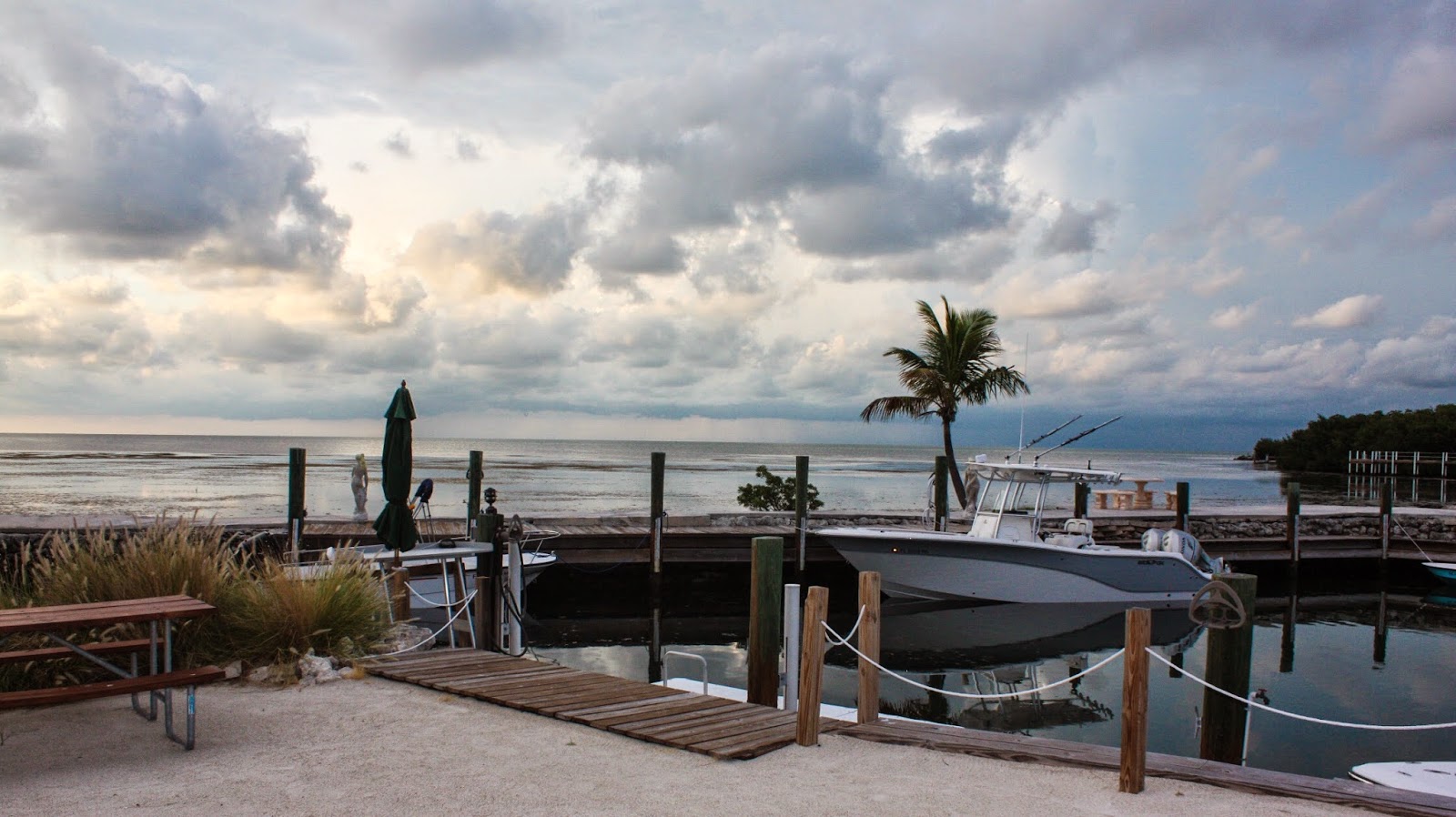 Posted by Phaethtofulltime.com at 6:44 AM